Sad to leave, we were glad to be heading back to the hotel as it was late and the clouds were gathering. Arthur's fear was that if the rains came, the bus would not make it through the mud. Having already had the drama of the flat tyre, some of us were a little apprehensive about the journey back. This was to prove justifiable.

Having dozed off, Diane awoke suddenly to the sensation of sitting sideways, the bus listing precariously to starboard and lots of concerned voices.

We were well and truly stuck.

In the middle of nowhere.

It began to rain. 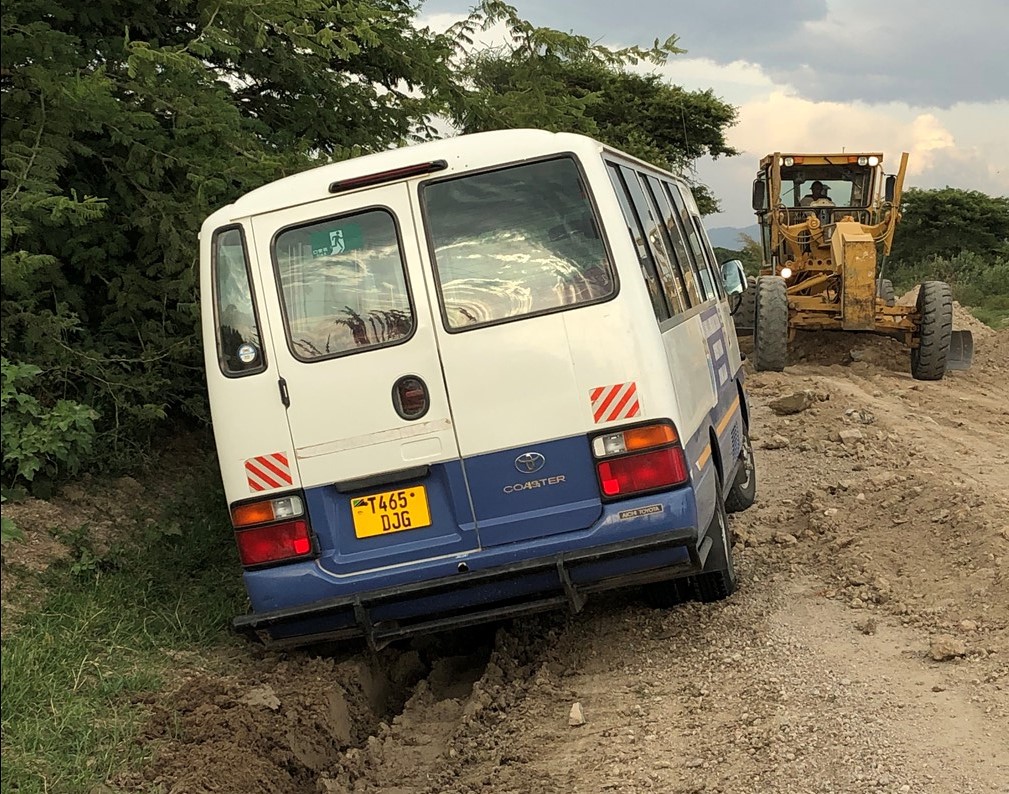 Stephen's reaction, 'Well, this day just keeps giving,' just about said it all.

Thankfully, up the road, the workman hadn't finished for the day and a truck arrived which was able to give the bus a helpful push as we all watched from a healthy distance. If he had have finished, who knows how long we would have been stranded there.

When the bus had to stop again in Bunda for air in that replaced front tyre, some of us feared the worst...but we need not have. 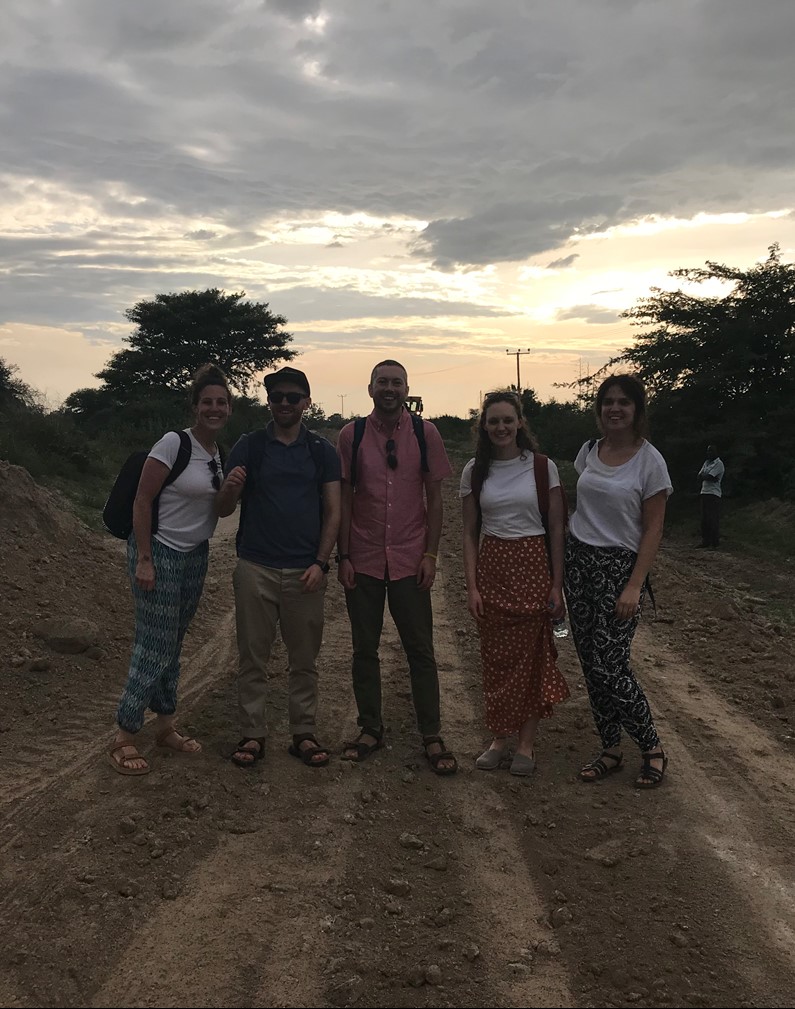 So it was a weary, dusty but very thankful band of travellers who returned late back to the hotel.