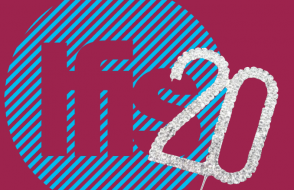 On Sunday 21 September, Leeds Faith in Schools is celebrating 20 years of bringing good news to the high schools of Leeds. This Anglican initiative (now ecumenical), provides a sustained Christian presence in many Leeds high schools.

Emily Bosworth, Team Leader of LFIS, says, “Our schools workers deliver RE lessons, assemblies, lunch clubs and mentoring. Mostly we work with young people who’ve rarely stopped to consider if God exists. Some are intrigued by our lives and beliefs, others are dismissive. Many are helped by the  mentoring work (see George’s story below) and we try to make ourselves as available to pupils as possible, so when they want to engage we are there for them, to help build positive relationships and act as role models.

“We work in 13 high schools – the majority every week. There are four  more interested in our work but we need the financial security before we can put workers in those schools - and we’re always looking for more volunteers. We partner closely with Anglican churches across the city so if you’d like LFIS to give a presentation at your church, please get in touch via www.lfis.org.  Or come along to the anniversary celebration.

The celebration takes place at Gateway  St Mark’s on Sunday 21 September, 6.30-8pm.  (St Mark's Road, Woodhouse, LS6 2AF).  Emily says, “We’ll hear stories about the impact of the work of LFIS, reflections from previous workers and the vision for the next 20 years. And we’ll praise God for all he has done!”.

George’s Story
George was heading for permanent exclusion, having been suspended three times in the first term, and  his violence was becoming unmanageable. He’d resisted dealing with his behaviour but surprisingly opted-in to start mentoring with our worker, Joe, who he knew from the city-wide church youth events he’d attended and already saw him as a role model. Through creative mentoring sessions Joe was able to work with George on his anger, modelling to him how he could deal with his frustrations. Since then, George hasn’t been suspended  and last week bounded up to Joe to tell him he’d not had a single negative comment in the previous three weeks. With your help we can help young people, like George, avoid exclusion and start living life in all its fullness.