All the fun of the Fairtrade 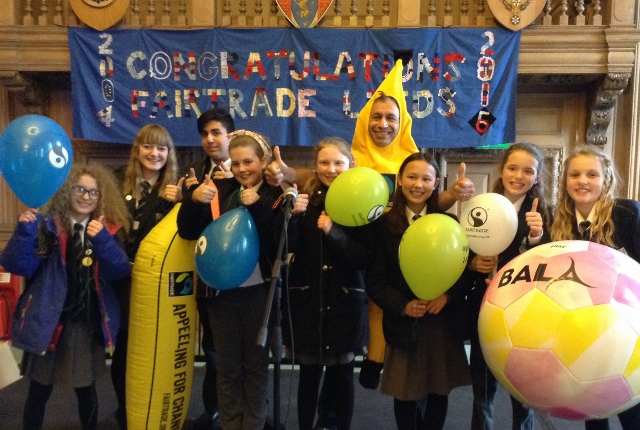 Students from 17 schools have come together in Leeds Civic Hall to show how committed they are to Fairtrade.

They presented Councillor Chris Townsley with a certificate indicating Leeds' renewed status as a Fairtrade City, a commitment supported by the actions of many of our churches and schools.

The students also took part in workshops, designed by other students, to explore their awareness of Fairtrade and how far food travels to be part of our breakfast. 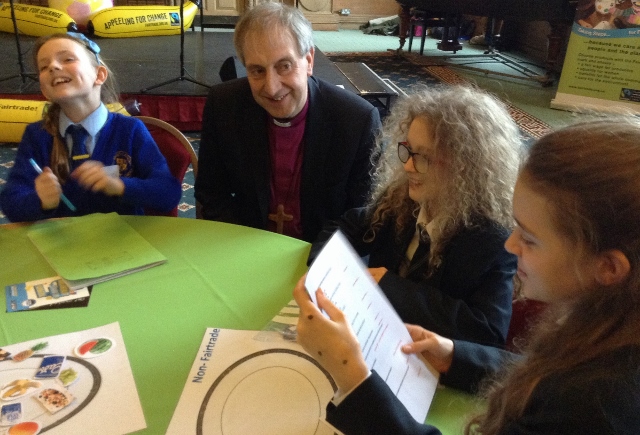 Bishop Paul Slater (right) joined in the fun, and was quizzed on his knowledge by students from Abbey Grange CE Academy. 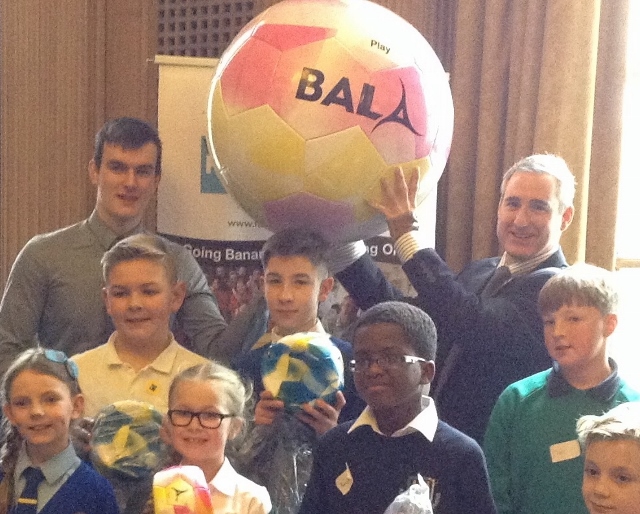 Some schools were recognised for their commitment to Global Learning by MP Fabian Hamilton, while MP Greg Mullholland (left) presented each school with a Fairtrade football made by the Bala Company, who also led one of the workshops.

Students said the afternoon had been ‘amazing’ and that they ‘really enjoyed leading a workshop’ as well as ‘learning about how farmers can get a better deal for the food they make’. 'Seeing what ideas other schools had come up with’ also rated highly. 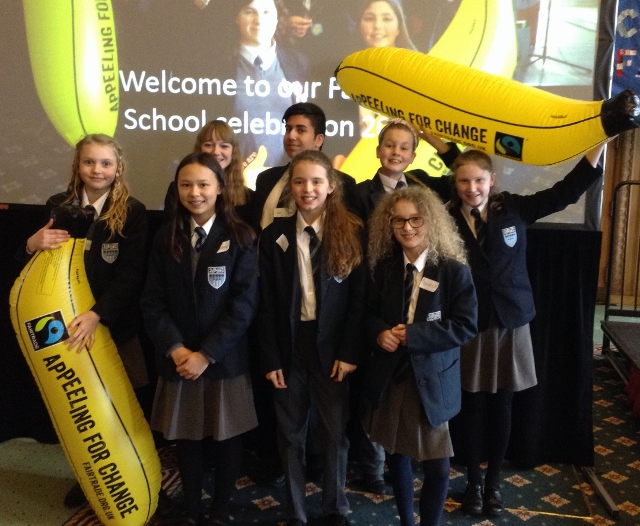 seeing the ideas they have worked on over the last couple of months come to fruition.

"Fairtrade is a great way of engaging with faith in action and the upcoming motion at Diocesan Synod calling on all Church Schools to be Fairtrade Schools underlines our commitment as a diocese to a fairer world."