And the winner is .. Bradford school elects its own Great Yorkshire Person 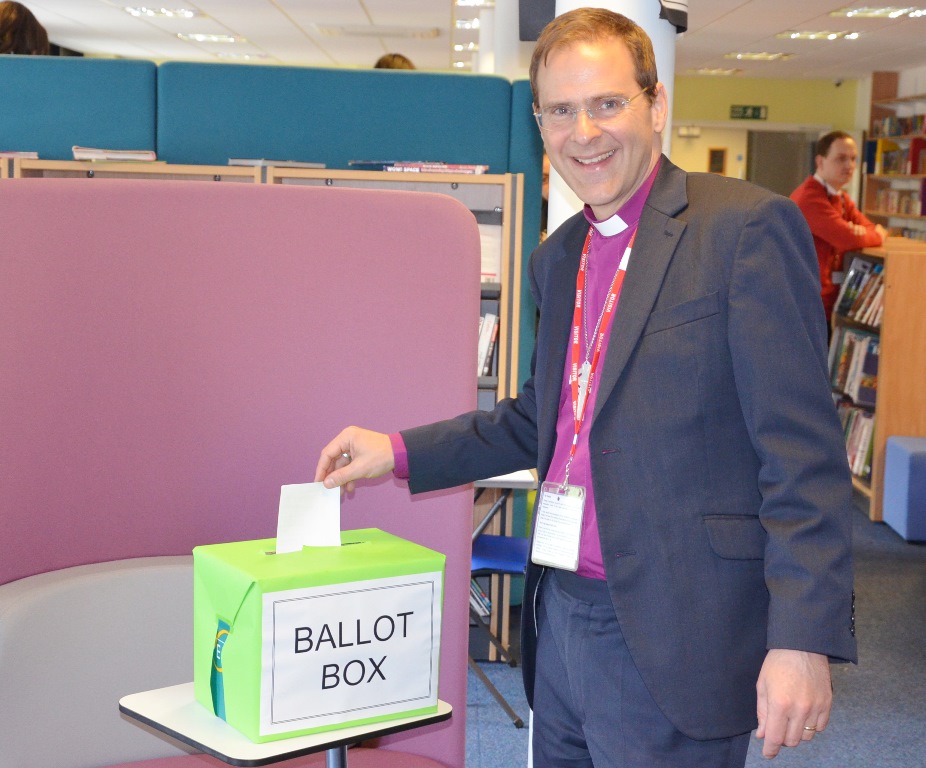 As votes were being cast in the General Election, students at Immanuel College in Bradford – a Church of England secondary school - were learning about democracy by voting for the person they thought was the greatest Yorkshire man or woman.

The winner with a majority of 25 was Ben Parkinson, the paratrooper blown up by a huge anti-tank mine who has been recovering from his deep wounds. He beat the magician Dynamo into second place. In an election shock, pop star, Ed Sheeran, came fifth - behind Jane Harrison the Air Stewardess awarded a posthumous George Cross for bravery, and Bradford City footballer, James Hanson.

Acting as the returning officer, Bishop of Bradford, the Rt Revd Toby Howarth (right) announced the winners and spoke about the values that all those on the shortlist had exemplified in their life and work.

Announcing the result, Bishop Toby said he was delighted by the vote. “Can I say just how glad I am because Ben Parkinson is somebody who is committed to life”, he told staff and pupils. “ As a Christian and as a bishop, following somebody who said ‘I have come that they might have life in all its fullness’, this is a guy who refused to die. They almost didn’t carry him home. He took the full force of a landmine and he refused to die  - he stayed living and he is a fighter and when I even think about the videos of him I’ve seen I almost begin to cry – just the power of that man and the inspiration he is. So I think it’s a great choice.”

The election took place at the end of a week long visit to the Bradford North Deanery by Bishop Toby..watch his video diary of the week and the Yorkshire Great election here