Mirfield Team Parish welcomes the award winning Lindley Junior School Choir this Sunday just months before they take to the stage at the Royal Festival Hall for the semi finals of Choir of the Year. 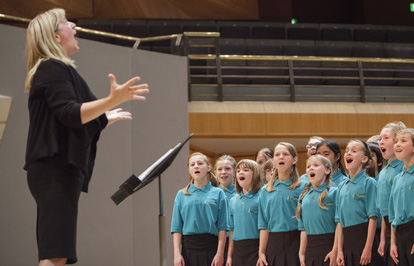 The Huddersfield choir was formed in 1997 and has been wowing audiences all over the country ever since and has won a string of awards.

This Sunday they will perform in St Mary’s, Church Lane, Mirfield to raise funds for the church appeal with the vicar of Lindley, the Revd Rachel Firth and their teacher, Katie Cooper.

You can keep up to date with news about the Anglican churches in Mirfield at www.mirfieldteamparish.org.uk