My life as a university chaplain: 'the best job in the CofE!' 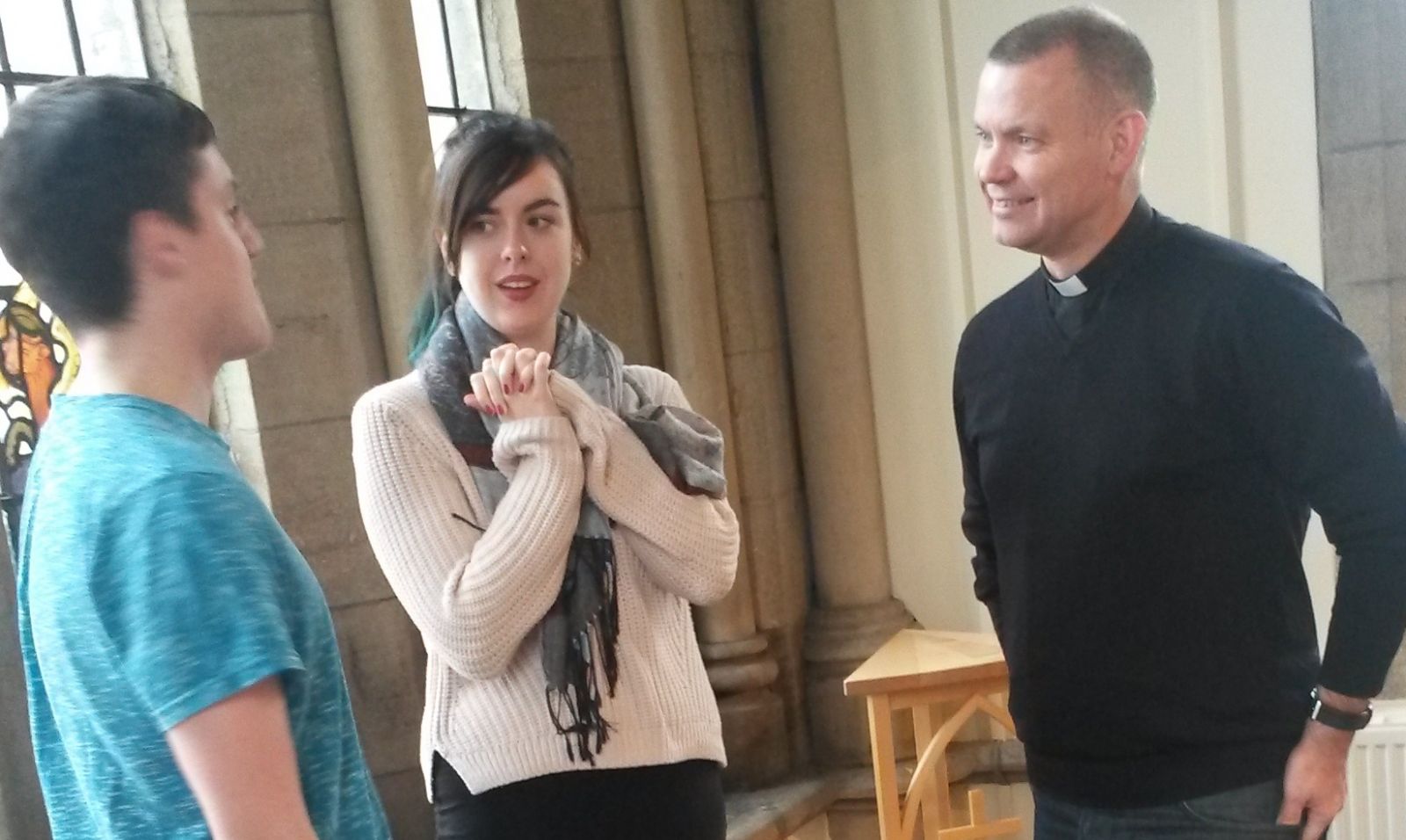 University chaplains have a unique role, and the Revd Matt Ward, the Anglican Chaplain in Leeds (left), reckons it’s the best job in the Church of England. He says, “Where else do you find people so open and ready to talk about the future, the world and where they fit into it – and then be invited into that conversation?”

For the Universities of Leeds and Leeds Beckett there are three full-time chaplains (Anglican, Methodist, and Catholic) alongside a number of part-time chaplains (Anglican, Baptist, Chinese Church & Quaker) and with around 60,000 students, their ‘parish’ is the size of a small town. They’re there for staff as well as students who, at a time of development and exploration in their lives, are often very receptive to talking about faith.

The chaplaincy runs a café church on Sunday and a mid-week ecumenical communion service - lead by whichever chaplain is on duty. Matt says, “Students aren’t worried by the different styles; denominations matter little to them – they just want to find a service or church where they connect.”

The chaplains also take memorial services (including the annual biomedical memorial service which is put together by medical students and attended by the families of those who have given their bodies for medical education). There have been nine student deaths already this year, including some high profile ones (eg the shooting down of the plane over Ukraine and the murders on a beach in Thailand). Matt says, “It’s been a tough first term in that respect. But it has led to some extraordinary conversations - such tragic events can give people license to talk about the big issues in life.”

Perhaps the most important aspect of the chaplains’ work is their pastoral role. Matt says, “It’s a role of spiritual accompaniment – being with people and helping them think through things themselves. People are more accessible here than in a parish because the boundaries between living, working and socialising are blurred. So I’m more accessible too – just being present around the place is an important part of the work, and there are always pastoral spin-offs from everything you do.”

Matt says that the stresses on students today are particularly acute: “Getting a good degree, given the paucity of jobs, is more important than ever, and the academic pressure is made worse by financial hardship which means they often have to get a paid job as well. And in this particularly nomadic period in their lives, students sometimes feel they don’t belong anywhere, so it’s important to offer a place of connection where they’re accepted as they are. It’s also crucial to proactively invite people individually – rather than just hoping they’ll come looking for us.”

The chaplains appreciate value the universities place on their role: “The Universities in Leeds have a huge influence and economic impact across the region, and we’re invited in; the universities wants us here; it’s an enormous privilege”.