Bikers ride out across the new diocese 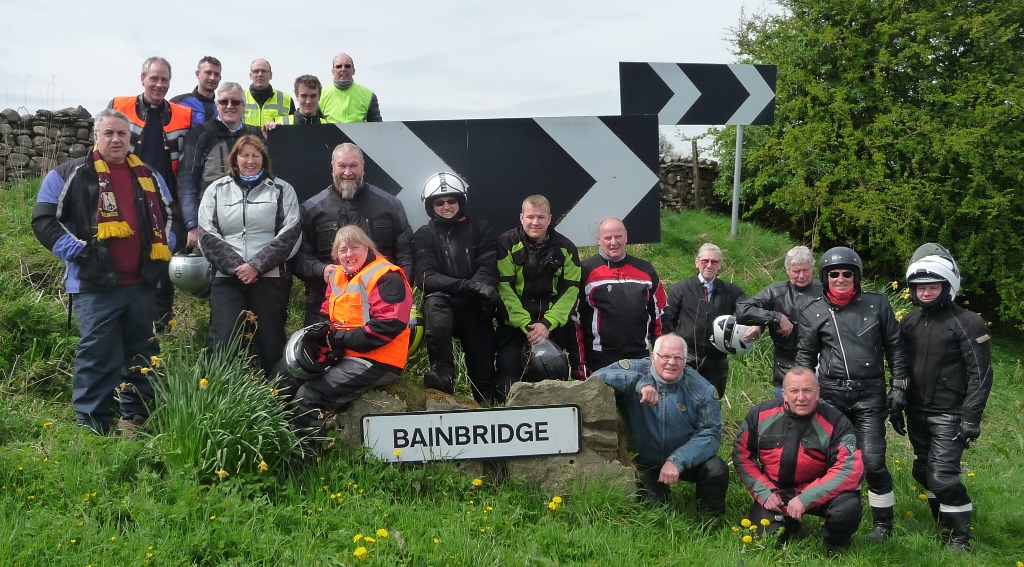 TWENTY bikers from across the new diocese rode out together on Bank Holiday Monday .

It was the second ride out for the newly formed West Yorkshire and the Dales Motorcycle Club and they cut quite a sight riding across the moors and country from Otley  taking in Fewston, Brimham Rocks to Masham and then up to Bellerby, north of Leyburn where they all regrouped in a café for a unexpected photoshoot with a local newspaper before stopping at Bainbridge for another photo (pictured) and then on to Hawes and over the moors to Ribblehead and back home through Settle to Skipton where the group dispersed.

There were 20 bikes , six were ridden by clergy and 14 by laity with four pillion passengers and this group included 10 new bikers since the group did their first ride out round the three cathedrals in the new diocese last October.

One of the organisers, the Revd Stephen Kelly, vicar of Woolley with West Bretton in the Wakefield Episcopal Area said: “It was quite a sight - 20 bikes in convoy with headlights blazing – we certainly turned a few heads.

“Everyone enjoyed a great day out, not just riding through beautiful scenery in glorious weather, but also the chance to ride with others and to make new friendships,” he said.

The group plan to ride to the inauguration service at York Minster for our new Bishop on June 8. Anyone interested should contact Stephen Kelly on Stephen.kelly [at] westyorkshiredales.anglican.org