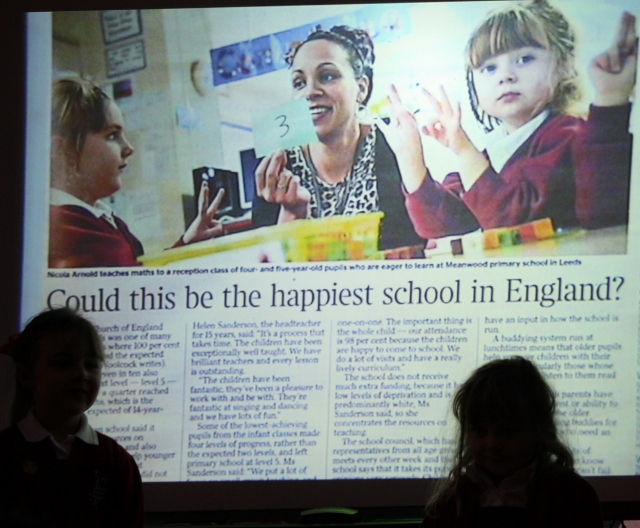 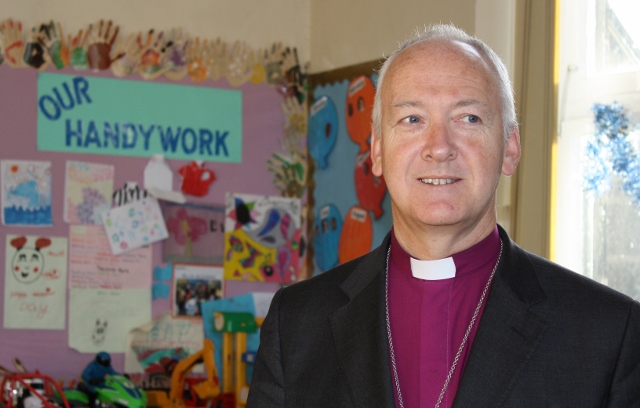 Bishop Nick visited Meanwood Church of England School on the day the SATS results ranked it as 19th out of 22,000 primary schools in the country.

Headteacher Helen Sanderson says, “It was great to have Bishop Nick with us, and in assembly we were able to show an article from today's Times entitled, 'Could this be the happiest school in England?'

"We're delighted at this achievement. The pupils in year six were a phenomenal fun-loving group. Some made astonishing progress, moving up four levels when they’re only expected to move up two. And they were expertly taught and very well cared for by our staff. So I’m really proud (and I know pride’s a sin, but hey, we’re all sinners)." 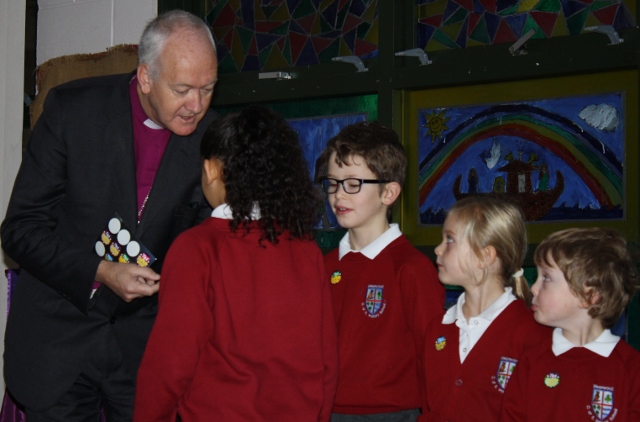 Bishop Nick says "Church of England schools do consistently well, and rather than being exclusive or divisive, they're open to all and serve the communities in which they're set. Meanwood Primary is a great example, and the Christian ethos of valuing every child is very evident."