Christians across the diocese join Prayer Vigil for Iraq

Christians from every Episcopal Area of the Diocese of West Yorkshire and the Dales have gathered in Leeds to hold a Prayer Vigil for Iraq. 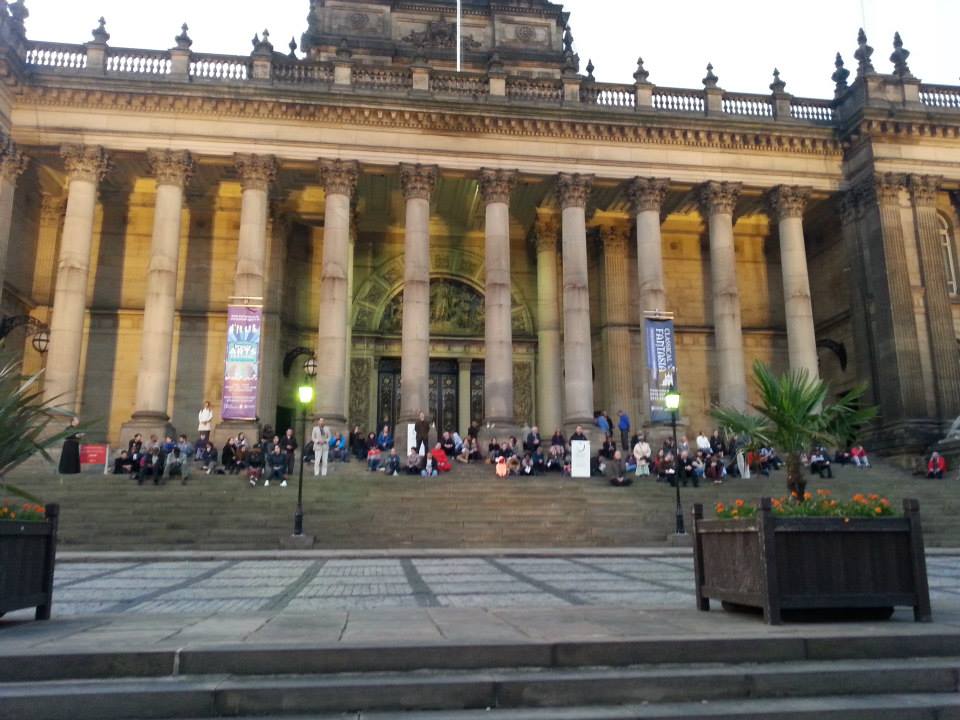 More than one hundred people, representing a number of Christian denominations and including people of other faiths, attended an hour-long period of prayer in response to the terrible genocide that is being directed by the Islamic State towards Christians and other minorities in Iraq. It took place outside Leeds Town Hall on the evening of Wednesday 13 August for an hour just before sunset.

The organisers' aim was to send a message of peace and support for those in Iraq as well as praying for their safety and the end of the innocent suffering. Ripon Cathedral, one of the three cathedrals of the Diocese, lent a red stole (to symbolise those who have died for their faith) to the organisers of the Vigil. This stole, along with candles brought from around the region, was laid on the steps of the Town Hall as people prayed.

Stop Press: A night of prayer for Iraq will be held at Ripon Cathedral on Friday August 29th. It will begin with Compline at 9.30pm followed by a one hour Prayer Vigil, and then those who wish to stay on will be able to take part in an overnight Prayer Watch and sleep-in. Booking essential for those staying overnight- Full details here 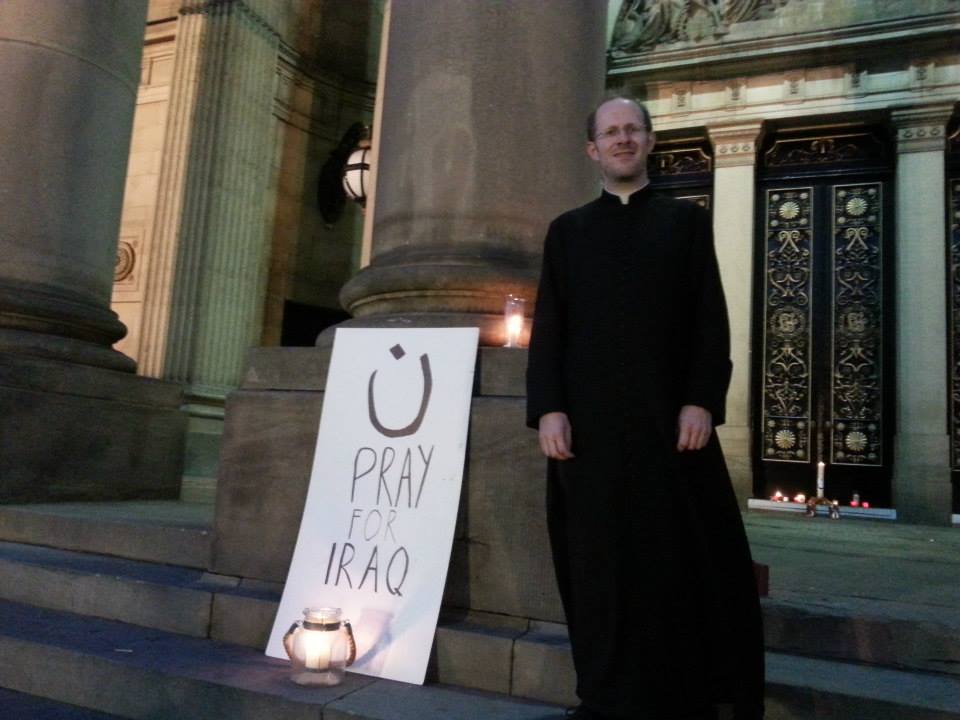 “What is happening in Iraq is a tragedy in so many ways”,  commented Fr Anthony Howe, Vicar of Staincliffe (pictured left), one of the organisers of last week's Vigil. “Not only have so many been murdered for their faith, but ancient communities that have lived together for hundreds of years have been destroyed almost overnight.”

The Vigil was a simple gathering with a powerful message. “It was not a demonstration in the classic sense”, says Fr Anthony, “except that of love and prayer. These two things really can change the world.”