The C of E’s newly appointed Secretary General, William Nye, has been spending a couple of days in the diocese. 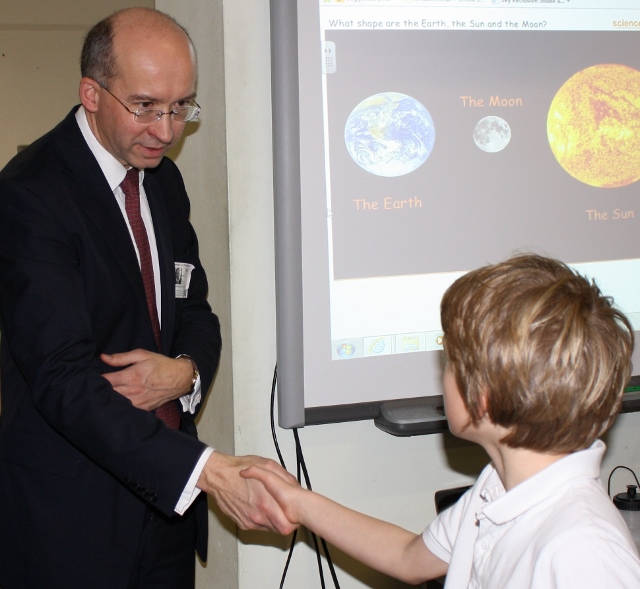 William Nye (who as the Church of England’s most senior lay official oversees its day-to-day running) spent 20 years as a civil servant in senior Whitehall posts (including arts policy and counter-terrorism), before becoming Principal Private Secretary to the Prince of Wales.

He says, “Although I’ve been an Anglican all my life I’ve never worked in the institution of the Church of England (beyond being a church warden), so I’m hoping to visit at least one diocese every month. I was particularly interested to come to West Yorkshire & the Dales because of your unique experience and it seemed a good way to find out about a significant area of the Northern Province”.

Bishop Nick says, “I’m delighted at William Nye’s appointment, and I’m very pleased that this is one of the first dioceses he’s chosen to visit, particularly given the unique nature of what we’re doing here. I was very glad to be able to give him a snapshot of life in the diocese.” 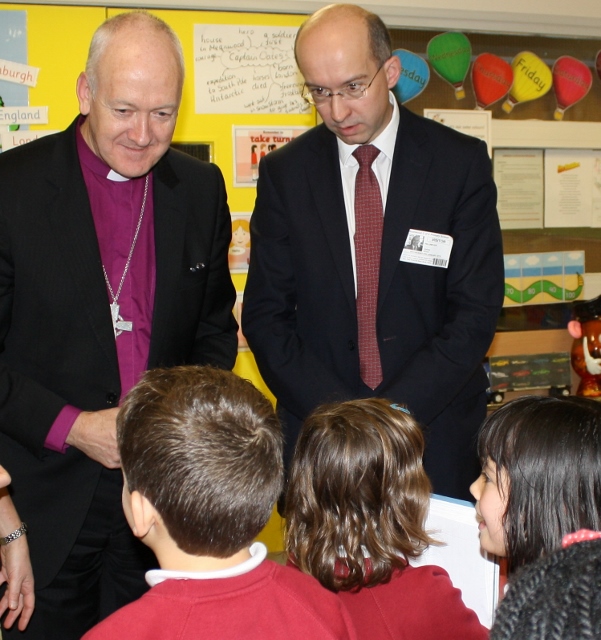 He visited Meanwood CE Primary School (recently named the Sunday Times ‘Best State School of the Year), Bradford Cathedral and the surrounding area, and he also met with the Bishops and Diocesan Secretaries.

At Meanwood School, the children were particularly interested in his connection with the royal family, and he enjoyed teaching them how to curtsey. He said he was impressed by the joyful atmosphere in the school and the way prayer was such a natural part of the school day.

Recently interviewed in the Telegraph, he said that Christianity is being subtly “silenced” within the public sector in the UK because of a civil service culture which treats speaking about faith as “not the done thing”. He said it was a “joy” to now work in an environment where he could “talk more openly” about his faith. (You can read the article here.)