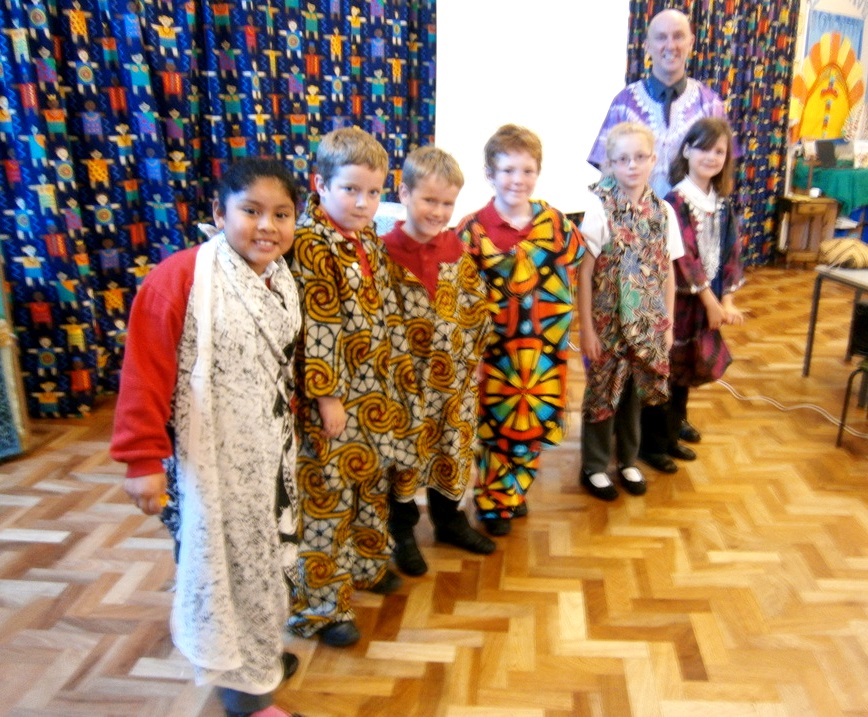 As part of their International Week, more than a hundred pupils at Hipswell Primary School near Richmond in North Yorkshire, have been treated to a simulated flight to the Democratic Republic (DR) of Congo.

Complete with ‘passports’ and mint imperials (for the anticipated change in cabin pressure), three groups of intrepid travellers found themselves transported deep into the central African rainforest.

Through stories, projected slides and photos from Revd Andrew Cromarty’s ‘A Taste of the Congo’ photo exhibition, along with aeroplane sound effects and music recorded in situ, the children experienced something of the life of young people living several thousand miles away. Topics covered included village living, travel and transport, healthcare, schooling, church life and worship.

Several of the youngsters and their staff took part in a ‘fashion parade’, wearing African clothes; while all learned about the technique of batik dying. Everyone grasped some basic words and greetings in Kiswahili. Two of the three groups enjoyed making music with an array of percussion instruments, while trying to keep the beat with a recorded African church congregation, while some attempted basic Congolese dance moves.

Revd Andrew Cromarty, Vicar of Hipswell and Africa ‘tour guide’, also attempted to play some music on his adungu. “Everyone seemed to enjoy themselves thoroughly, while at the end all the travellers made it home safely!”, he said. 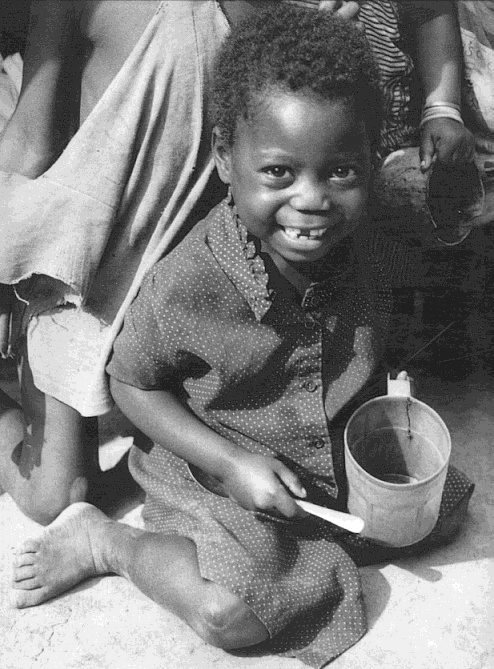 Before ordination, Andrew was for nine years the Church Mission Society Area Co-ordinator for the Dioceses of Ely, Norwich and St Edmundsbury & Ipswich and spent three months  in East Africa in 1995, visiting local churches and mission partners. Out of this experience in the DR Congo came the opportunity to mount the photo exhibition, ‘A Taste of the Congo’, which toured throughout England and came to Ripon Cathedral in 1996.