First Director of Education for the diocese appointed 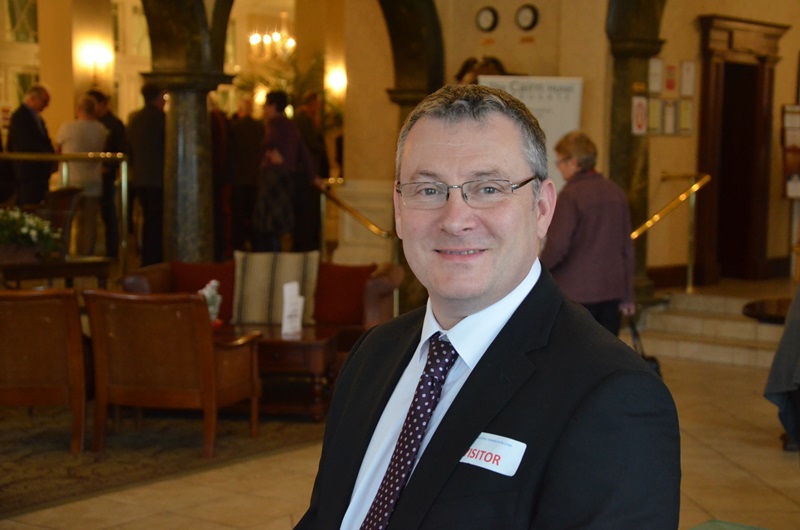 Mr. Richard Noake has been appointed as the first Director of Education for the Diocese of West Yorkshire and the Dales. His appointment was announced by Bishop Nick Baines in his Presidential Address to the Diocesan Synod on Saturday November 22nd.

For the past eleven months Richard Noake (50) has been seconded from York St John University as Chief Education Officer for the joint Bradford and Ripon & Leeds Diocesan Education team based in Harrogate. As Diocesan Director of Education, he will now lead a team across the whole of the new Anglican diocese also including the former Wakefield Diocesan Board of Education, in a department responsible for 250 Church of England schools with 54,000 pupils - making West Yorkshire & the Dales the second largest diocese in the country for church schools, after Oxford.

Richard said he was delighted to have been appointed. “It’s a great privilege to be given the opportunity to be involved in the work of education in a brand new diocese – to be there at the beginning,  to be able to input into the vision and mission of the diocese and in particular to promote the work of church schools. I’m also looking forward to working with Christians in all areas of education and to be able to engage with  those working in other areas of education such as chaplains, as well as developing our links with further education and higher education.”

Richard began his career as a secondary school teacher, teaching Religious Education in Middlesbrough, before moving to York St John University, a church foundation university. There he has been Head of the Department of Theology and Religious Studies and Director of the Centre for Church School Education.

Living in Ripon, he is married to Shirley, a secondary English teacher, and the couple have  three children - two  are pupils at St Aidan’s Church of England High School, Harrogate and one at Ripon Cathedral Church of England Primary School where Richard is Chair of Governors.