Flowers for the war dead of a Horbury Church 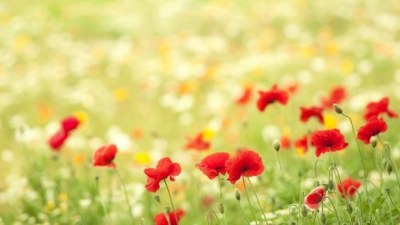 A Horbury church will mark the centenary of the First World War this weekend…in flowers.

Called War and Peace, St Mary’s at Horbury Junction in the Wakefield Episcopal Area is holding a two day event to mark the 100th anniversary of the Great War with a flower festival, afternoon teas in its newly refurbished parish rooms all day Saturday and a special service for everyone at 10am this Sunday.

The War and Peace flower theme follows a church project to remember the war dead of St Mary’s by worshipper, Brian Webb.

For years Brian always read out the names on the church’s Roll of Honour at the start of every Remembrance Service - and in 2009 he decided he wanted to find out more about these 51 men from his neighbourhood.

So with help from the Commonwealth War Graves Website, the Wakefield Express, Wakefield Family History Society and Ancestry Online, he began to research their lives and family history. All of them lost their lives in the First or Second World War.

Said Brian: “I used to wonder who the men were – were they married? Did they come to this church? Did they work over the railway bridge?

“There are 51 names on the roll of honour. I can find out nothing about a few of them – and there are many for whom I’ve had to make logical deductions about part or all of their history.

“But we can tell a little story about a goodly number of the names, and that’s what this memoir is about.

‘Some of the stories that emerge are emotionally testing - there are three sets of brothers whose names appear in the list of the fallen; there are next door neighbours; fathers of young children; many of the men have no known grave.

“And all of them were young men with a lifetime before them.”

You can read Brian’s memoir on St Mary's, Horbury 'A Church Near You' page here and click on the link ‘Remembering the war dead of St Mary’s Horbury’ to the right of the page.