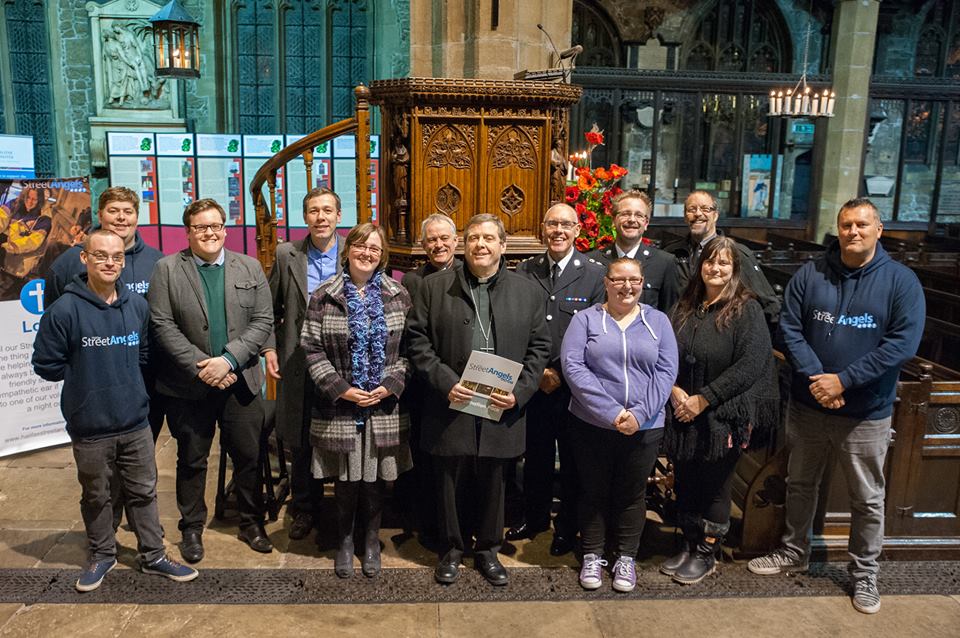 Mr Blakey and the Bishop of Wakefield were joined by the co-ordinator of Stockton Town Pastors, Steve Brock, and a number of representatives from the Calderdale Police to thank the volunteers for their ‘dedication’ to making Halifax a safer place and for inspiring the launch of over 130 similar projects across the country, in what MP Holly Lynch describes as "one of Halifax's greatest exports to the UK and beyond”.

(Left): A group of the Street Angles with Bishop Tony, Paul Blakey, Steve Brock and representatives from Calderdale Police at the celebration evening.

The Rt Revd Tony Robinson, Bishop of Wakefield and patron of the Street Angels – Christian Nightlife Initiatives (CNI) Network, says, “I remember spending a night out with Street Angels in Halifax about ten years ago.

“I was so impressed by the dedication of the volunteers who give up their time to help those who find themselves on the streets late at night in a bad way.

“This is Christians putting the gospel into practice!

“Today there are now over 130 such projects and umpteen hours of volunteer time each week,” Bishop Tony continues. 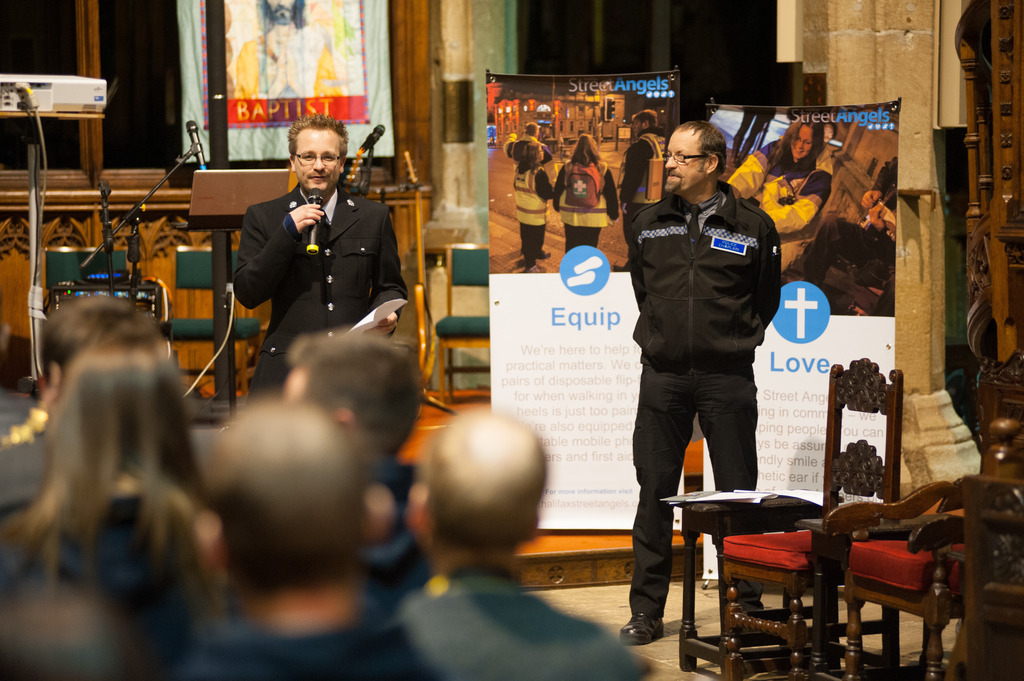 “Street Angels has the support of local Councils and the Police forces because they know it helps reduce crime and make people feel safer.

“Long may it continue to grow!”

The Street Angels patrol the streets of Halifax on Friday and Saturday nights to provide help, support and safety for those ‘who have been spiked, are victims of crime, [are] homeless or…have had too much to drink’ in the ‘town centre’s night-time economy’.

Each year since 2005, the Street Angels provide Halifax with around 13,000 volunteer hours and help around 3,000 people.

The celebration event on Wednesday took place in Halifax Minster and marked ten years to the day that the first Street Angels project was launched in the town.

After Bishop Tony’s speech which opened the evening, founder of the Street Angels, Paul Blakey, described Halifax as the ‘Wild West of Yorkshire’ and praised the volunteers for changing this reputation. 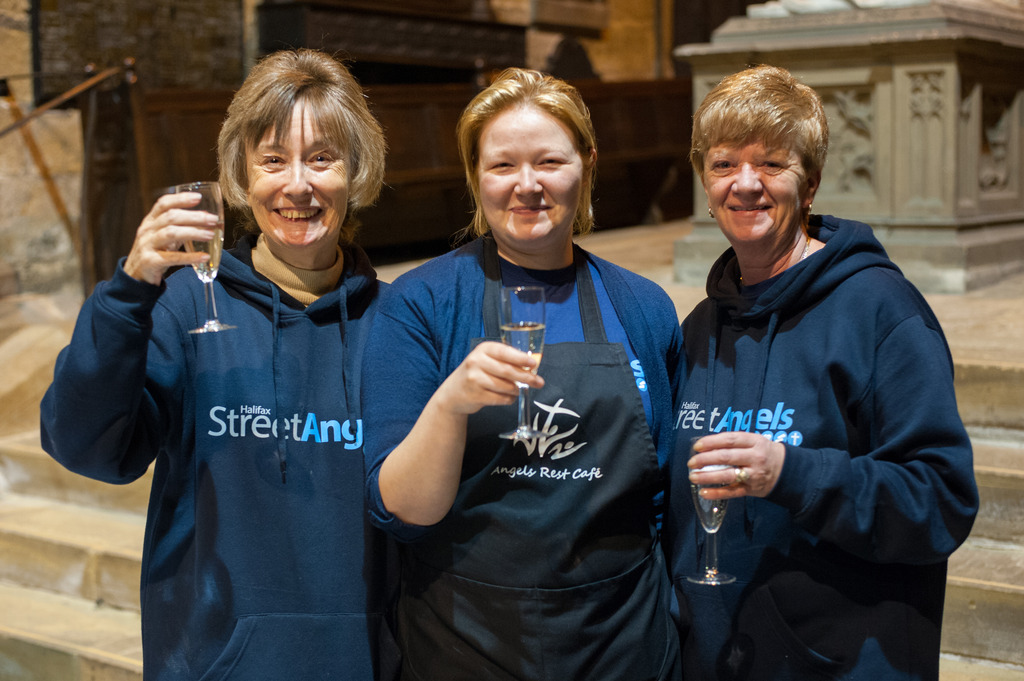 Many of the Street Angels shared stories of their experiences with the project and expressed their hopes for the future of the initiative.

Since the project was set up in November 2005, the Street Angels have already helped to reduce crime in Halifax town centre by 57% and have earned the town a Purple Flag Award, meaning that Halifax has reached ‘standards of excellence in managing the evening and night-time economy’.

The Street Angels have already branched out and are now working at Festivals and abroad with their project in Magaluf; they have joined with Bus Oasis to provide a mobile support base in the town; they set up a café and Christian bookshop; and have started working in schools, colleges and youth groups to educate you people about alcohol, drug and crime awareness.

For his work in setting up the Street Angels, Paul Blakey was awarded a MBE by her Majesty the Queen in 2010 and was given the Big Society Award by Prime Minister David Cameron in 2012.

For more information on the work of the Street Angels in Halifax, visit: www.halifaxstreetangels.org.uk

For more information on the work of CNI Network across the UK and overseas, visit: www.cninetwork.org.uk