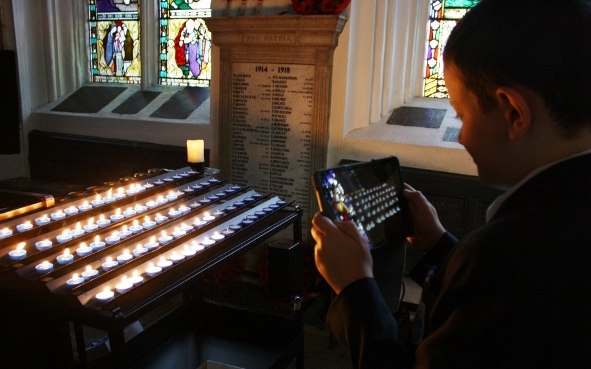 The new year 7 pupils at Abbey Grange Academy have spent a morning at Leeds Minster exploring spirituality – with their iPads!

It was part of a new creative idea put together by School Chaplain, Kay Brown, and Leeds Minster’s Education Officer, Janet Buttanshaw.

Kay Brown says, “There were ten different activities to help the students to explore their own spirituality. It was also a good induction into what it means to be part of a Christian school –  a way of letting them see from the outset that the school has a  distinctive ethos”. 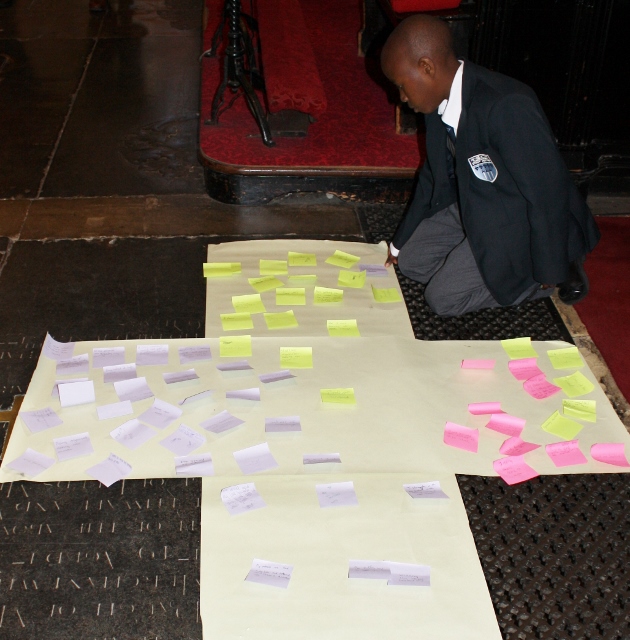 The students took photos on their iPads  and also made a record of what struck them as part of a reflection journal that they’ll keep throughout the year.

Kay adds, “The students really seemed to engage with the activities and discovered new things about themselves and their spiritual identity. It was a great way of helping them to develop 'the space within' as a place of spirituality as they begin their journey at Abbey Grange”. 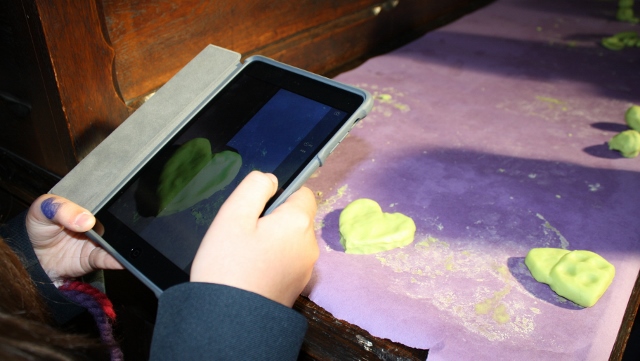 Some of the comments from the students were:

“I liked putting something bad I’d done in the shredder. It made me think that it’s really gone and forgotten about”. 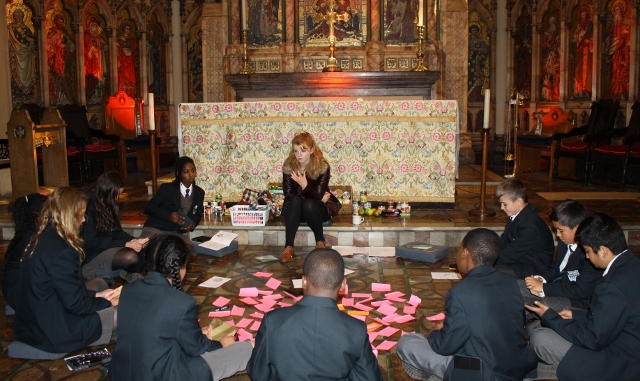 “I’m worried about being bullied at the school – it helped a bit to write it down”.

“I remember the lady who said God does listen and answer our prayers, even if the answer takes a long time to come”.