Churches are being urged to join other faith leaders for a multi faith vigil outside Bradford City Hall this Thursday evening (Oct 2) for the release of Alan Henning and all those being held with him.

The vigil has been organised by the Pakistan Club - a group of professional people who are working to build bridges between faiths. Its vice chairman is Yaqub Masih, a lay canon at Wakefield Cathedral who said: "We pray that God will bring him and others safely to their families.

"Our aim is to show our concern and solidarity with the family so they know they are not alone in this. We are all with them in our thoughts and prayers, and totally condemn the action of Islamic State." he said.

Alan Henning, a taxi driver from Eccles in Salford was captured by IS militants while delivering aid to Syria on 27 December.  IS ssued a threat to kill the father-of-two in a video released on 13 September which also showed the killing of another British man, David Haines.

IS has already claimed responsibility for the death of two further hostages, US journalists James Foley and Stephen Sotloff. 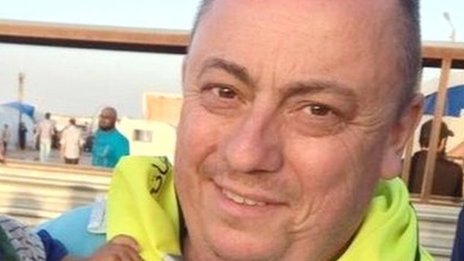