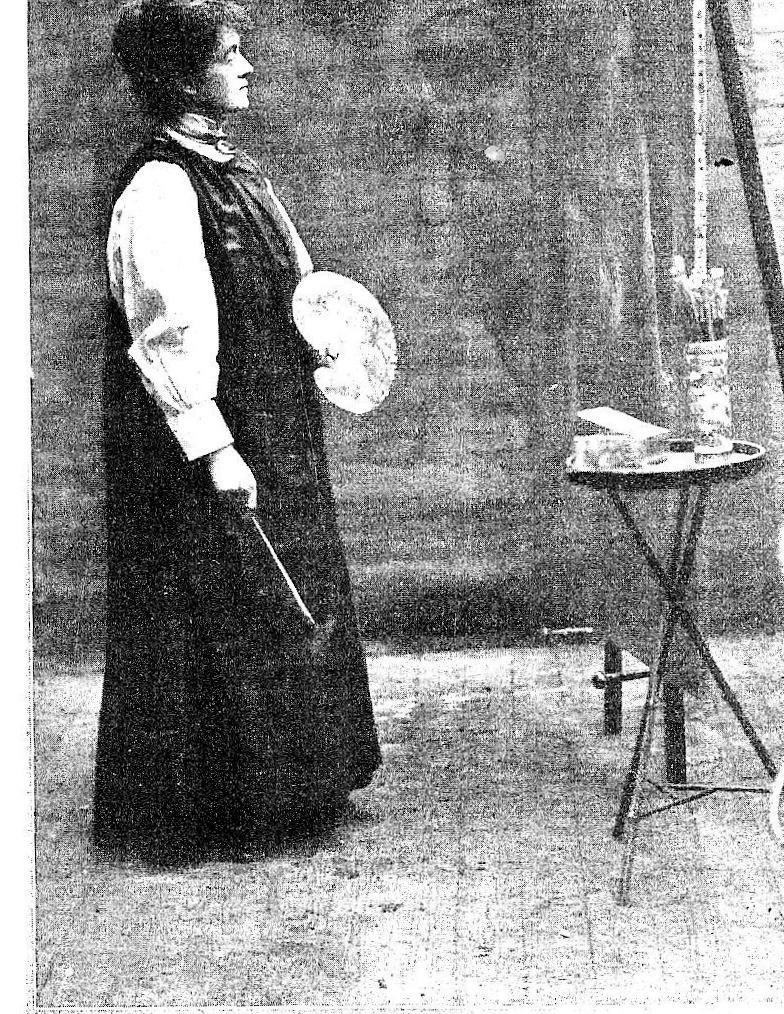 On Saturday 7 June, All Souls’ church in Leeds is a holding an open day to celebrate the conservation of its unusual hidden treasure - eight paintings by Victorian artist and suffragist Emily Ford, who came from a renowned and politically radical family in Adel, and whose work is currently seeing a resurgence in interest.

The Revd Alice Snowden says, “Emily Ford was born into a Quaker family, but she was baptized into the CofE at All Souls' at the age of 39. In 1890 she paid for the ornate font cover as a thanksgiving for her baptism, and decorated the inside of it with her paintings. Although they are scenes from the Bible, she used the faces of 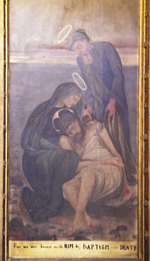 her political colleagues (eg campaigners on education for women) and members of the congregation - eg, church warden E. J. Arnold, whose great grandson, Olav Arnold, will perform the formal unveiling.”

The family home in Adel was an alternative salon of radical figures, including the celebrated Russian anarchist Prince Kropotkin. Emily’s sister, Isabella Ford, was the famous trade union activist and suffragist, and together they founded the Leeds Suffrage Society in 1890. Emily was also the Vice-President of the Artists Suffrage League, which produced the memorable posters and banners for the suffrage marches.

Janet Douglas, lecturer in modern history at Leeds Metropolitan University (who will speak at the open day), says, “Emily painted many frescoes for Anglican churches and a number of her paintings now hang in the Great Hall of the University of Leeds. The font paintings are important because of the resurgence of interest in her work (she will feature in an exhibition in the Groninger Museum in the Netherlands next year) and also because they’re fascinating objects in themselves. The vivid colours had faded, the gilding was tarnished and details were barely visible, so it’s wonderful to see them brought back to life”.

All Souls (Backman Lane) will be open all day on 7 June with a varied programme of events (see below). Alice Snowden says, "Everyone’s welcome to drop in throughout the day. Researching some of the people in the paintings has brought up some fascinating history - we're very excited to share it!"

The £6000 needed for the paintings’ restoration was raised by the West Yorkshire Group of the Victorian Society.

Photo, above left: Emily in her studio
Font painting, above right - E.J. Arnold, the Leeds printer and publisher, as Nicodemus

2.40pm      Short talks by David Everingham, who has done the conservation work, and the Revd Alice Snowden on the people depicted in the paintings.