A primary school and a university in creative collaboration 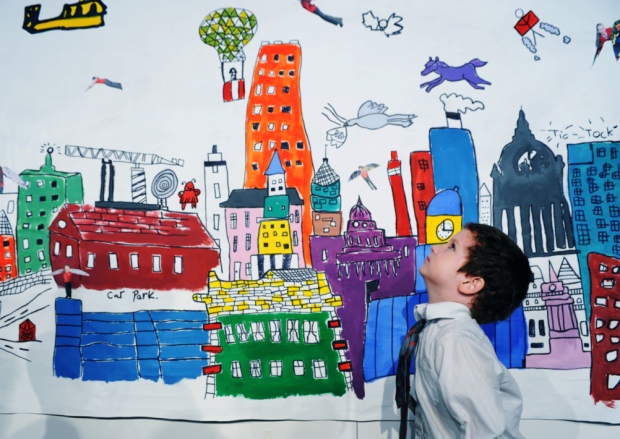 Pupils from Allerton Church of England Primary School have been working with seven final-year graphic design students from Leeds Beckett University to create giant artwork and an animated film about careers in creative industries.

Arts charity Space2 brought the group together to make giant wings and to draw cityscapes for the film's background  – using green screen techniques.

The film (called 'Soar') was made by four of the primary school pupils to raise awareness of possible careers in creative industries. It will be screened in Millennium Square and shown on YouTube. And the film and the canvases also went on show at the old BBC Broadcasting House building, in Leeds, this week and will go on permanent display at the Broomhill Centre in Harehills.

Teacher Helen Whiteley said: “It’s been an amazing project for the children to be involved in.They have had the experience of visiting the university and working with animation and photography students. Some of them have now expressed an interest in going to university themselves".