Rugby players and a bishop for Cookridge school's anniversary

Cookridge Holy Trinity CE Primary School celebrated their 50th anniversary in style with rugby players, a bishop and their very own minted coins. 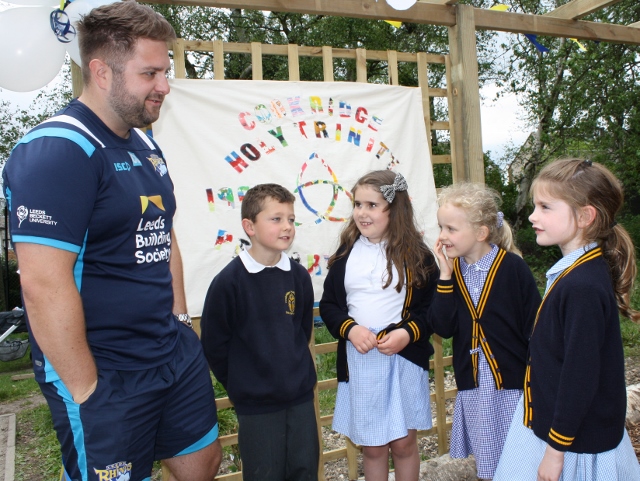 Just before breaking up for half-term, Leeds Rhinos lead an assembly and worked with classes on the theme of being in a team, and Bishop Nick dedicated their new outside worship area.

Headteacher, Cath Harbrow, says, “Leeds Rhinos have been working with us as part of their education foundation which encourages healthy lifestyles and helps teachers become more skilled in delivering PE lessons.

“We were delighted that Bishop Nick helped us celebrate our 50th anniversary too. As we have 410 children, we don’t have the space to include our parents in times of worship - so the answer was to go outside. We’ve already held carols around a tree in the playground, but now we’ve cleared an overgrown piece of land and built a path and pergola. Later on, a chainsaw sculptor is going to model an altar out of an oak tree that we’ve had to cut down." 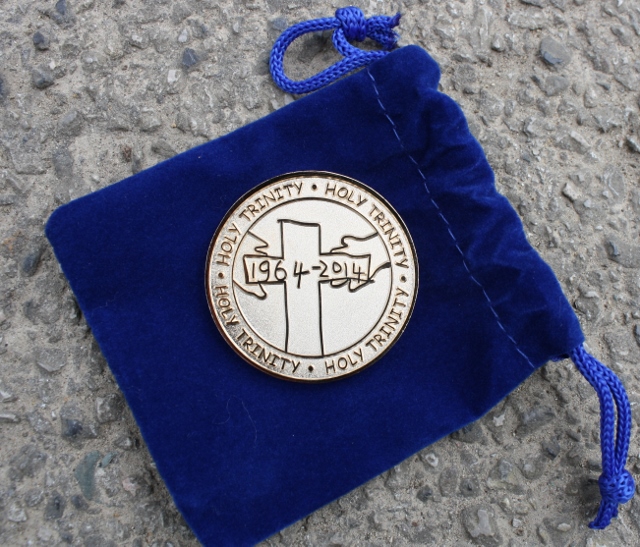 "We have also held a competition to design a commemorative coin, so today each child received a specially-minted coin to take home.

“And then, after a packed day, we went to the Leeds Rhino match in the evening where we paraded with the school banner at half time.”