School assembly - with a vicar & an imam 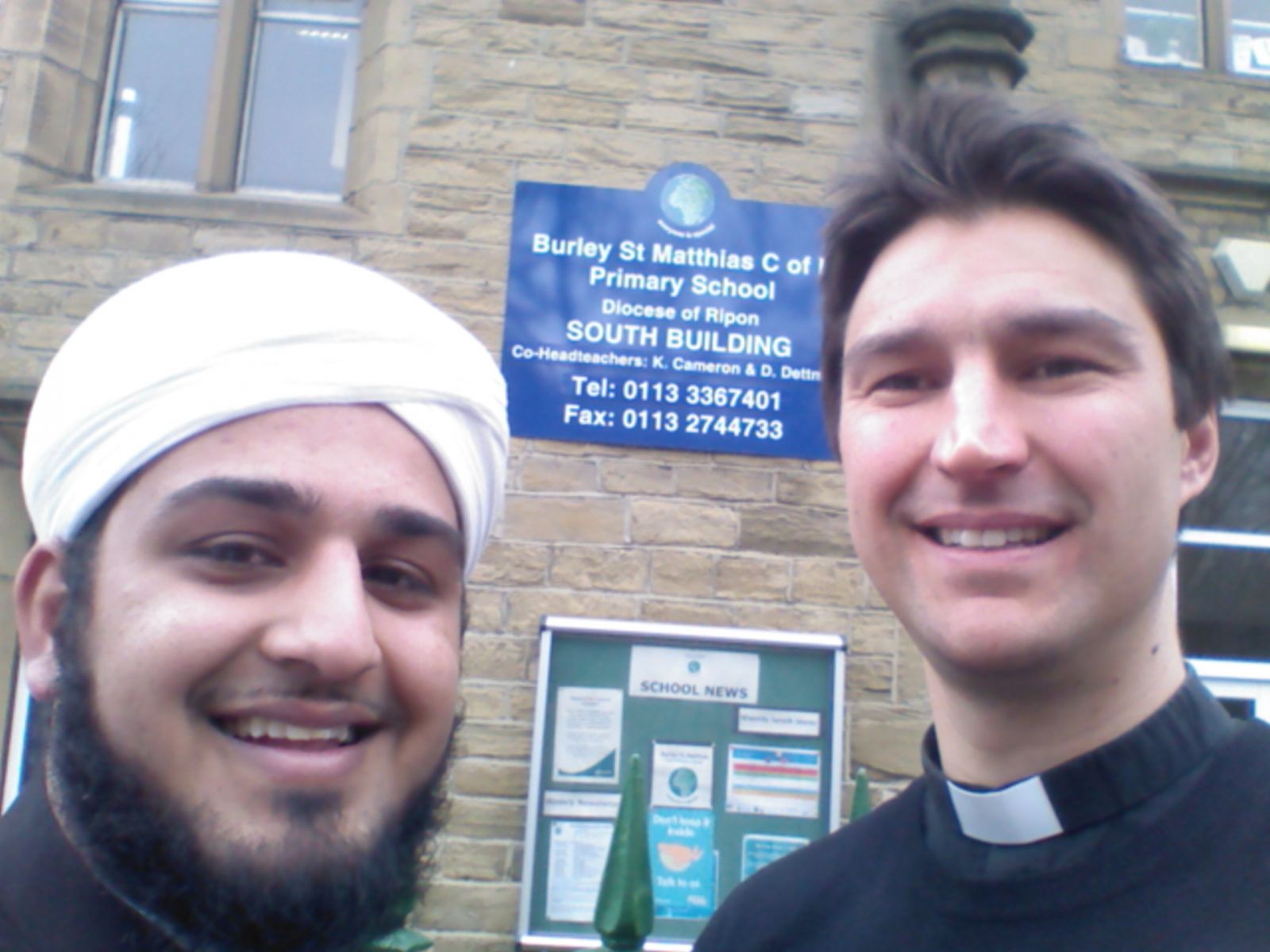 A vicar and an imam took an assembly together this week at St Matthias CE Primary School in Burley, which has a mix of Christian and Muslim pupils.

The Revd Heston Groenewald (who is vicar of All Hallows, Leeds) says, “It’s the second time my friend Adam Aslam and I have lead an assembly; our desire is to model friendship to show the harmony there can be between different faiths, and to help change the current narrative a bit.

"As it was in the week after Mothering Sunday we took the theme of God wanting us all to be in his family and to give a bigger sense of who that family might include – that it can include people who look and sound different to each other.

“I told the Gospel story of Jesus saying “Who is my mother, and who are my brothers?  . . . whoever does the will of my Father in heaven is my brother and sister and mother.” And Adam told a story from the life of the Prophet Mohammed in which he brings an orphan into both his family and the Muslim community.

“We finished with Adam saying a prayer from the Qu’ran with some of the Muslim children, and I said the Lord’s Prayer with the Christian children  - well, in fact everyone knew it and joined in with it.

"Obviously there are differences between us, faith-wise, but we have a lot in common too, and it’s very good for the children to see the genuine friendship there is between us. And just to make the point clear, we finished with a hug!"