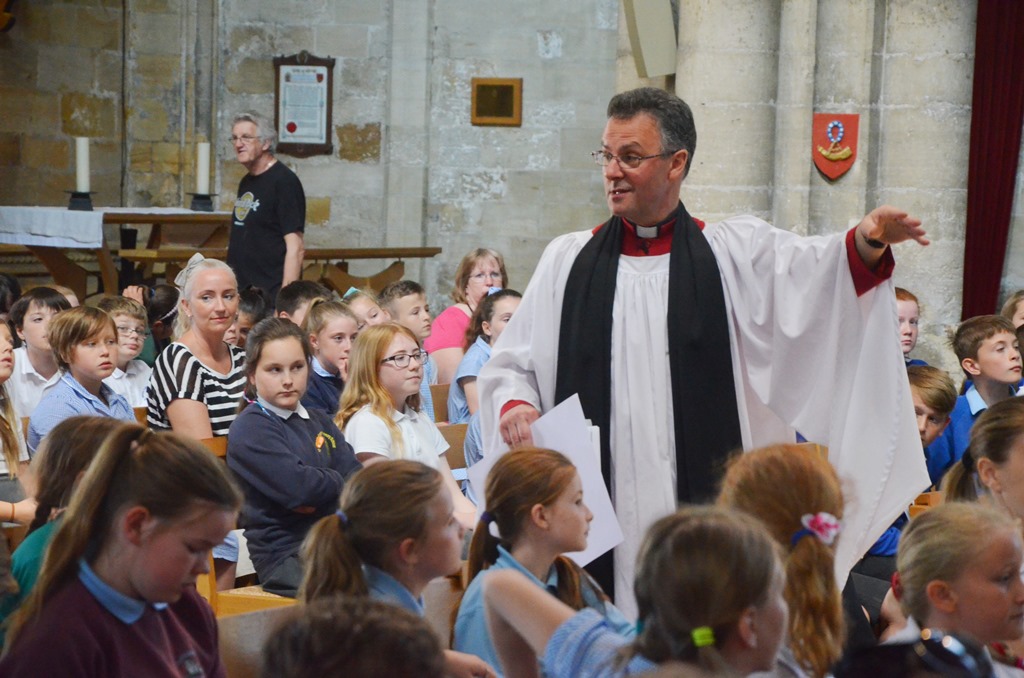 Three hundred children who gathered at Ripon Cathedral for one of five ‘School Leavers’ services taking place in July across the diocese, had an extra unscripted moment of drama this week.

A lightning strike accompanied by a huge clap of thunder took out the Ripon Cathedral lights just as the congregation of ten and eleven year olds were beginning to sing ‘Be Bold Be Strong for the Lord your God is with you’.

As the sound system faltered and an emergency system kicked in, the children continued to sing  through the  thunder and lightning, although the words of chorus, ‘I am not afraid, no, no, no!’ were put to the test for the 300 Year 6 pupils who were being led in worship by singer John Froud of the Zephaniah Trust. 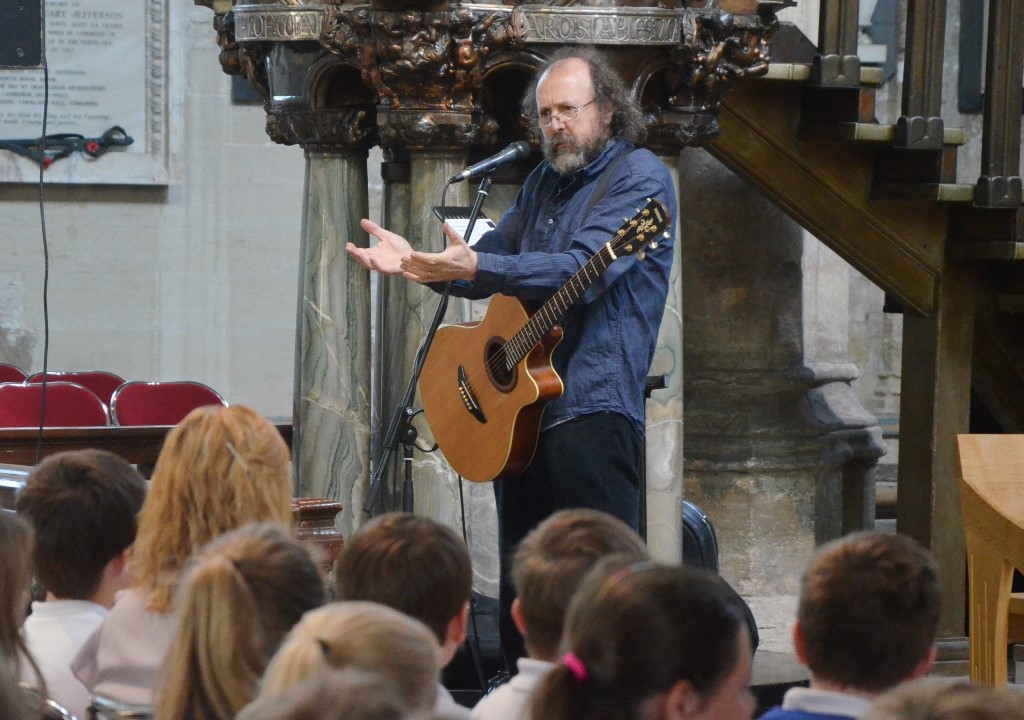 The School Leavers’ services are organised by the Education Team of the Diocese of West Yorkshire and the Dales and this year the theme is ‘Guided by God’ with more than 1570 Year 6 children from local church primary schools taking part as  they move to new secondary schools. 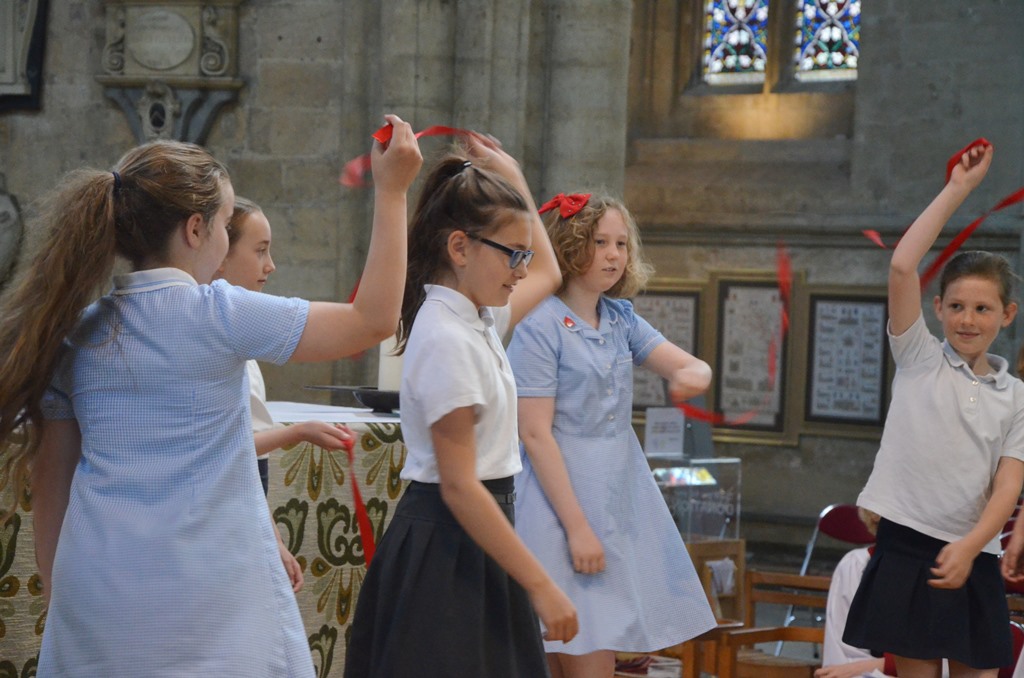 One of the organisers of the School Leavers’ services, senior schools advisor, Fiona Beevers, described the drama. “Just as John Froud was introducing the ‘Be Bold, Be Strong’ song there was an almighty flash of lightning and thunder clap which took out the Cathedral lights and momentarily the mics.

“The emergency system kicked in and so the  loop stayed on. We finished the service with the Dean pronouncing the Blessing against a backdrop of more thunder and lightning, and the schools had to await a let up in the tropical downpour before they could depart – amazing timing and what a way to go out!”

During the less dramatic periods of calm in the service children acted out readings, and brought forward direction signs to indicate their thoughts about primary school and their hopes for the future.

In total, 2015 saw record numbers supporting the five Annual Leavers’ Services organised by the Education Team  More than 1,520 Year 6 children, 194 staff and 61 schools took part at the services in Ripon Cathedral, Bradford Cathedral (below right) and Leeds Minster (below left). 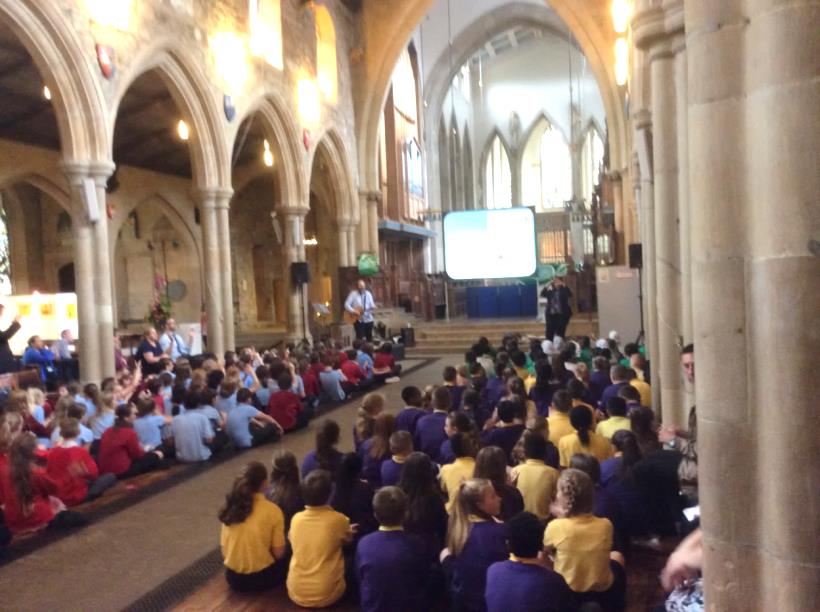 At each service the Welcome was given by the Leader : Canon Mandy Coutts in Bradford, Canon Ann Nicholl in Leeds and Dean John Dobson in Ripon. They explained this year’s theme ` Guided by God`.  As a compass needle always returns to its magnetic pole – God is constant and that constancy is love.  Sat-navs and Google maps can fail, or send us in the wrong direction – God never fails and is always ready to restore us when we take a wrong direction or, get in a mess and realise that we need to change. We are called to be signposts for one another to point them to God. Children greatly enjoyed building the signpost for `Where we have come from?` and `Where we are going to?` to demonstrate the theme. The Bible passage used in the services to explain the message was taken from Proverbs 3: 1-6.  Children from Marton-cum-Grafton, Great Preston, Clayton, St Oswald’s and Holy Trinity, Cookridge explained the reading in words and drama. Later, the congregation of ten and eleven year olds sang enthusiastically `Be Bold be Strong for the Lord your God is with you,’ led by John Froud of the Zephaniah Trust. 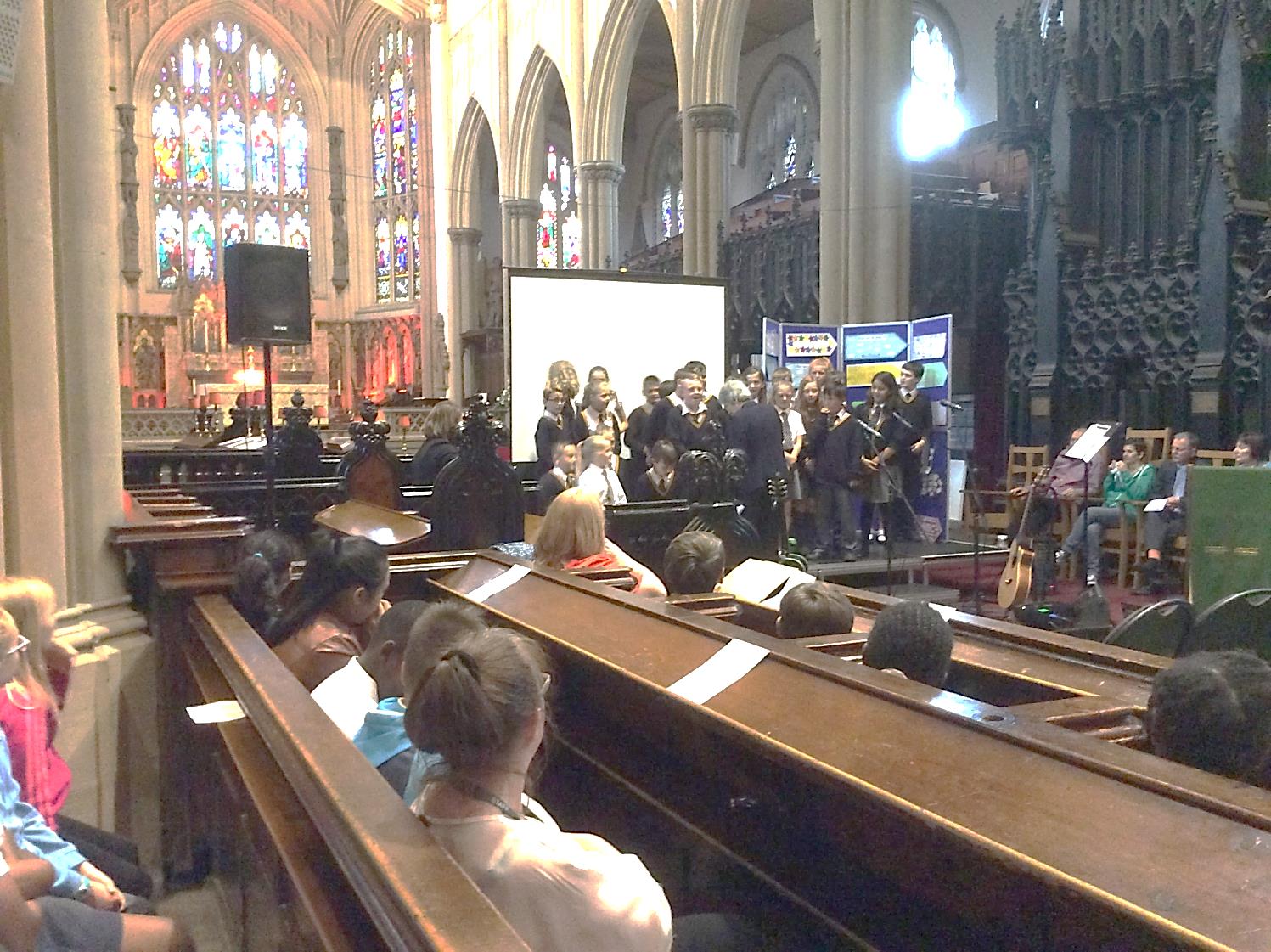 As a reminder of the celebration and its message each Year 6 was given a compass to take home.

Schools appreciated the information sent in advance for the service and one school remarked `We usually use the theme from the Leavers’ Service as our own school’s leavers service so that the preparation work for one leads to another`.

` The choice of hymns to learn in school is always excellent and they are learnt by the whole school not just Year 6`, commented one Headteacher, whilst another observed that the service was well led and appropriate for the children.