Children have prepared a time capsule to be buried beneath a commemorative stone when the Archbishop of York comes to help the communities of Krumlin and Barkisland celebrate 400 years of worship this weekend.

The Archbishop, Dr John Sentamu will preach and preside at a Eucharist Service at 2.30pm on Sunday 21 June for what is a double celebration as it also marks 150 years of worship at St Bartholomew Church building, West Scammonden.

After the service, the Archbishop will bless a commemorative stone crafted by a local stonemason from stone from a local family. 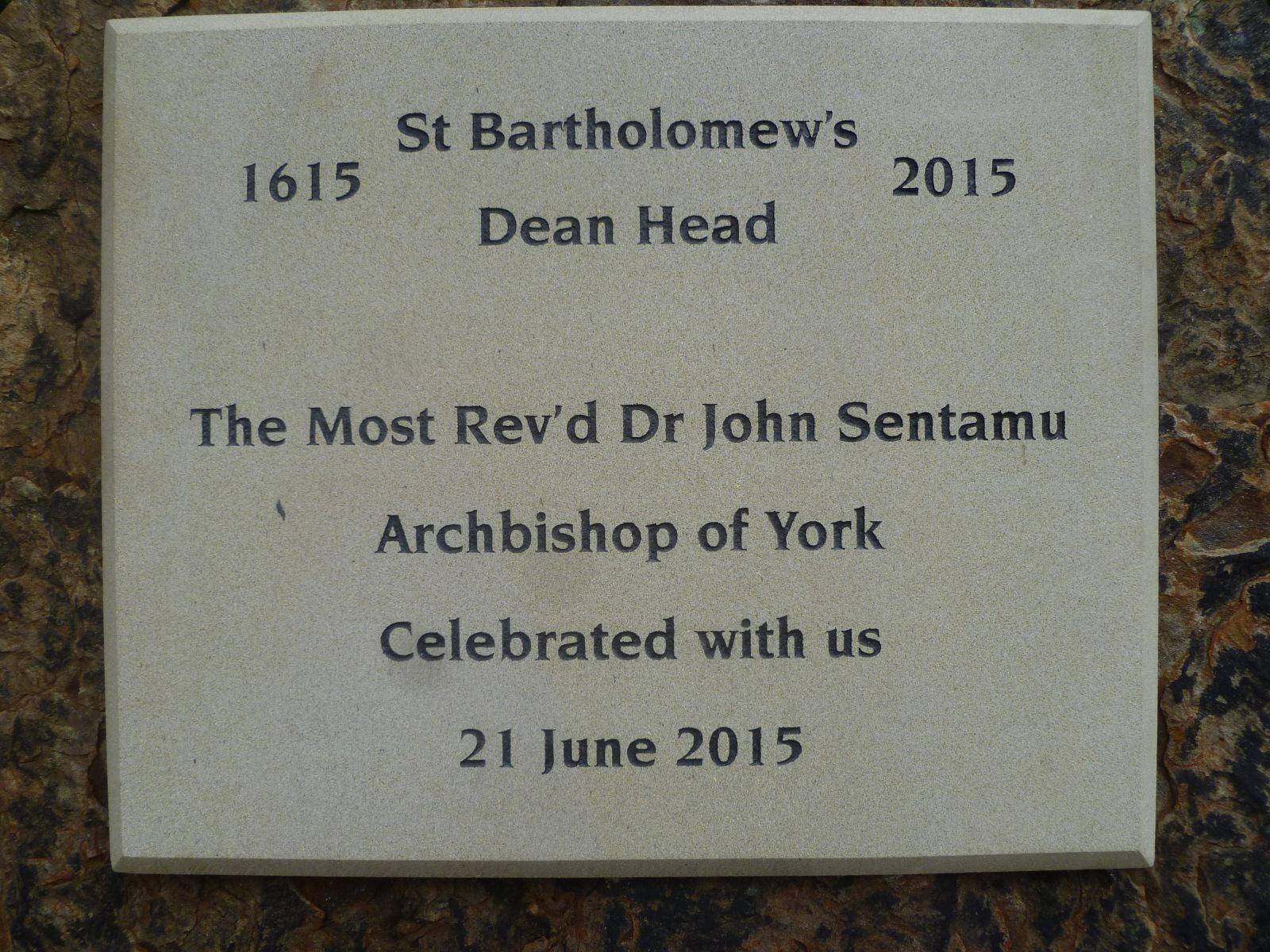 Susan Russell, the church secretary, said:  “This has been the most amazing experience to organise the celebratory service, everyone has pitched in to make it a special day. St Bartholomew began an extensive restoration effort in the late 1990s and with local support and with grants, the church has a new roof, new oak doors, a restored organ and has been completely re-decorated. I’d like to thank all locally who have helped and across the country as people who have relocated still support us and have kept in touch.”

The vicar, the Revd Chris Ball said: “"I arrived as Vicar of the benefice in July 2014 just as the PCC of Dean Head began planning this special Anniversary Service.

“An Anniversary Service is held every year at this church, but this one is very special and the letter inviting the Archbishop was composed with much prayer. His acceptance of the invitation to join us on the day has given us huge pleasure and excitement.

“A very wide community of past and present members of the congregation and friends near and far have been engaged with enthusiasm in the preparations and we look forward to the day.”

Brian Brooks, is the local stonemason who has managed the preparation and installation of the commemorative stone. The children of Barkisland Church of England School have put letters about their school, named class photographs, their school badge and stories about their school life into the time capsule. It will be buried under the base of the stone and blessed by the Archbishop.

The Celebrations will begin with the church service and will continue in a nearby marquee which has been organised by the local scouts with refreshments provided by local residents.

A special service booklet has been printed which shows photographs of the arrival of the Lord Bishop of Wakefield to preach at the 100th anniversary service of the church building 50 years ago, thanks to the estate of Clara Parkin.

It is expected that there will be some members of the congregation who attended the 100th anniversary present at this 2015 service.