Vicar fails to stop the rain! 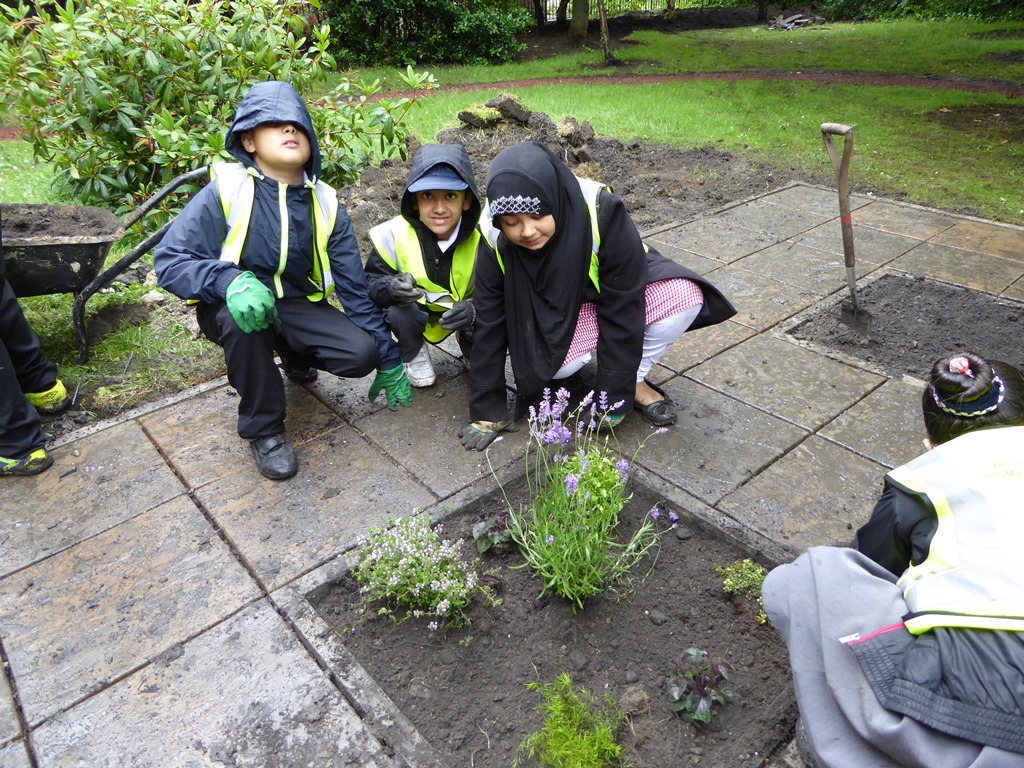 The Reverend Canon Alistair Helm was given just one job to do in the major job of landscaping the church grounds of Saint Paul’s Church Manningham. It must not rain when the children from Westbourne Primary School come to plant up the flower beds. He failed!

Alistair says: "The contractors have been working on the grounds for five weeks now,  putting in an outdoor story telling area, new paths, meadow garden and a memorial garden.

"The final piece of work was the planting out. The children from Westbourne Primary School were arranged, the shrubs were collected from the nursery, the planting scheme was finalised. My job was simple; just make sure it was dry. I failed miserably! We all got soaked, but we did have a good time and the children loved it!"

St.Paul’s Church in Manningham has opened up its grounds to the local community and they now include areas for recreation, wildlife habitats and benches for local office workers to use.

Alistair continued: "The whole place has a different feel about it now. The changes have made the church site more welcoming and we are already seeing more people in the grounds. It’s great!

"The project was designed and overseen by Adele Adams from  BCEP with generous funding from WREN, The Big Lottery Fund, Northern Horticultural Society, Lord Mayor’s Appeal and Near Neighbours. Without these grants this gift to the community would not have been possible. We are very grateful."