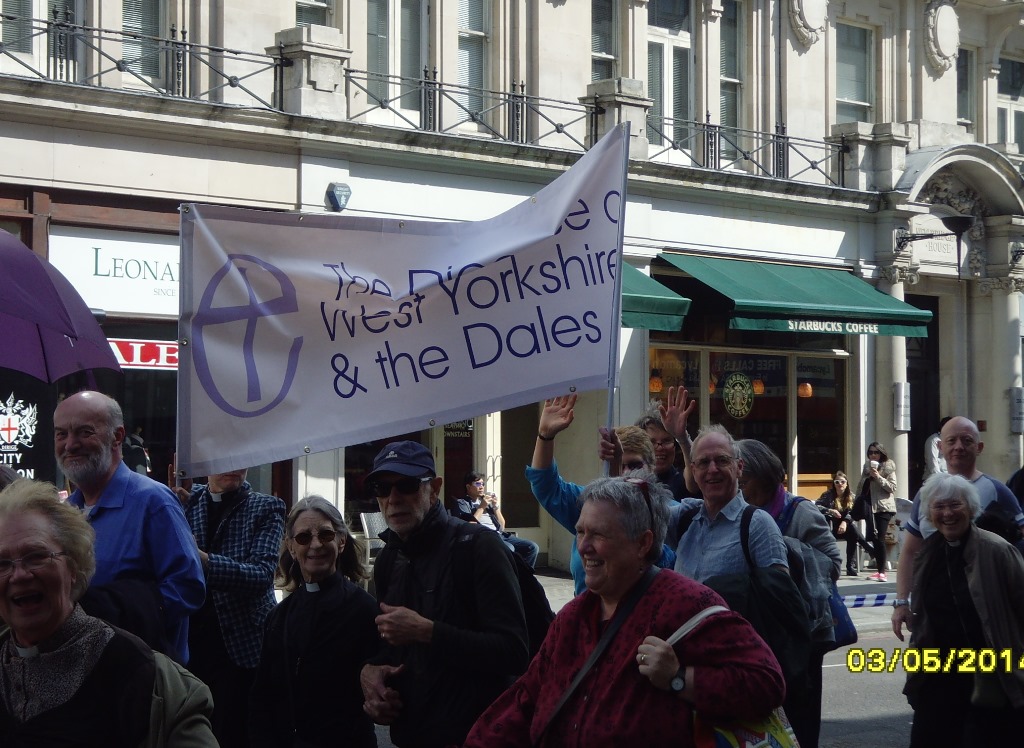 Women priests from the Diocese of West Yorkshire and the Dales were well represented last weekend on a procession through London to celebrate 20 years since the first women were ordained as priests in the Church of England.

Revd Ruth Yeoman, vicar of St John’s Menston said,  “ It was great to have a banner around which to gather, meeting new people from around the diocese, both today and those who had served in the region in earlier years.

“It felt really as if it was the first time we could be truly and freely joyful in 20 years since the first ordinations in 1994. There was a lovely relaxed, happy and expectant atmosphere as people picnicked on the grass in Deans Yard, Westminster, before words of prayer and reflection set the tone for our walk to St Paul's along the embankment. Taxis hooted their horns, people clapped, took photographs and an interest in what we were doing.

She added, “It was a fantastic day, but the church still has a long way to go in opening itself more generously to the freshness and enlightenment of the Spirit, in which the gifts of all are truly welcome and put to good use.” 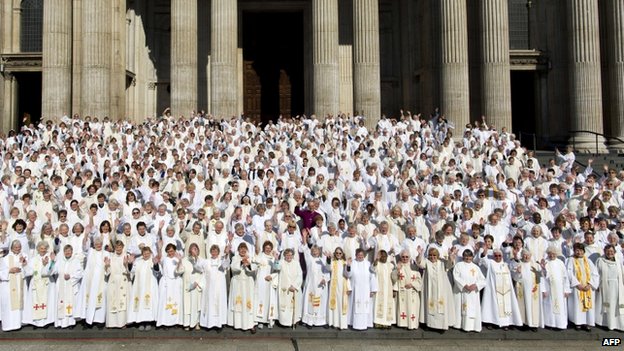