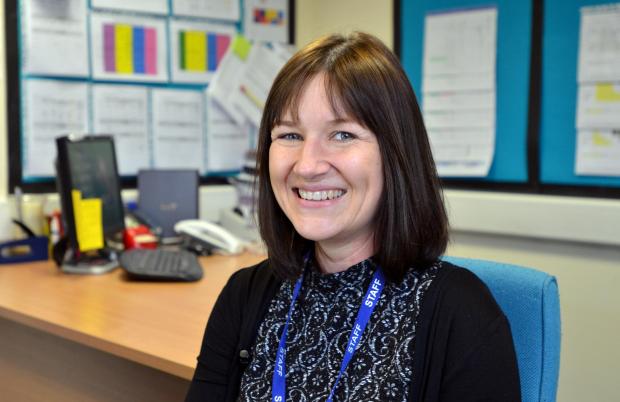 A church primary school in Bradford which was in ‘special measures’ just two years ago, has been recognised this week for its dramatic improvement as it clinched one of twelve awards at a prestigious schools awards ceremony.

St Philip’s Church of England Primary School, Whitby Terrace, Bradford, was awarded the Schools Improvement award at the Bradford Telegraph and Argus Bradford and District Schools Awards, held at the Aagrah Midpoint in Bradford on March 6.

The school had received several nominations from parents. In 2013 it was placed by Ofsted in ‘special measures, but was recognised for its dramatic improvement.

Pictured left  is Head teacher, Michelle Hargreaves, who stepped up to receive the award at the ceremony. Receiving the award she said “To have won it, we are so proud. It has been a real team effort.”  (Picture courtesy of Bradford Telegraph and Argus).

One of the nominations read, "As a parent, I can now communicate with the 'less stressed' out teachers. There are more meetings with parents, and the encouragement from the school to parents to help at home is showing fantastic results. There are fun days, for charities like Children in Need, Red nose day, and a lot more.

"My children are confident, and do not hesitate to ask for extra support in class. A lot more reward schemes are in place for attendance, excellent behaviour, and team work within class fellows."

The Awards were presented by Telegraph & Argus editor, Perry Austin-Clarke, and former Calendar TV presenter, Kate Walby.  Since it took place, congratulatory messages have since been flowing in to the school. The Ven Dr. David Lee, Archdeacon of Bradford and Chair of the Bradford Diocesan Academies Trust wrote, “Very many congratulations to you, the staff and the children - what a wonderful effort and fantastic achievement.  I am delighted for you all.”

Meanwhile, Sarah Lawson of Immanuel College received the Community Involvement Award. A Salvation Army youth worker, Sarah set up and runs the Sanctuary, which offers students a place where they can get away from the pressures of school life. Sarah said: “I’m blown away by winning this. I didn’t think I’d win.”