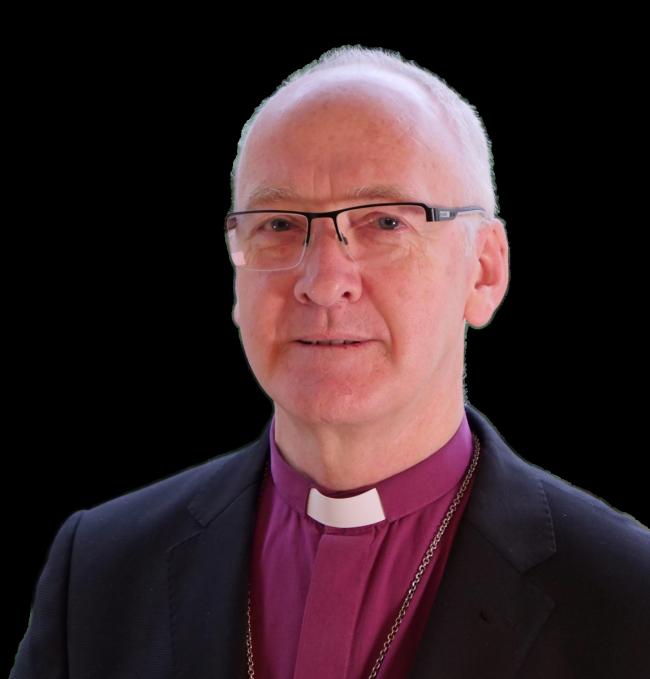 The Bishop of Leeds, Nick Baines, has told General Synod that “human dignity and flourishing is diminished” when religious believers and atheists are persecuted.

He also warned the Church of England’s decision-making body that it would be an “act of self-harm” only to speak up for persecuted Christians.

Speaking in a debate on Freedom of Religion or Belief (FoRB), Bishop Nick addressed many abuses including against Uighur Muslims in Xinjiang, China, atheists in Saudi Arabia, and Christians in Pakistan.

He continued: “Violations are increasing and intensifying involving not just intolerance and exclusion but active discrimination.

“In its ultimate form this can culminate in genocide, a phenomenon that has sadly been seen with increasing frequency, whether that of Christians and Yazidis at the hands of Isis in Iraq, Rohingya Muslims in Myanmar or Uighurs in China.

“In today’s interconnected age it is no longer possible to claim ignorance of these terrible events.

“To quote William Wilberforce: ‘You may choose to look the other way, but you can never say again that you did not know.’”

Bishop Nick also highlighted recommendations being made to the Government, including providing training on FoRB for diplomats.

Last year, the Mission and Public Affairs department of the Church of England, alongside other partners, was awarded a “substantial” Government grant to develop a FoRB Learning Network.

The Bishop of Truro, Philip Mounstephen, led an independent review on the persecution of Christians for the then-Foreign Secretary in July 2019.

Bishop Nick praised Bishop Philip's report and highlighted that all 22 recommendations have not yet been implemented by the Government, although accepted in full.

Archbishop Angaelos, the General Bishop in the United Kingdom of the Coptic Orthodox Church, told Synod of the recent killing by the so-called Islamic State of Nabil Habashi Salama, a Coptic Christian, and two other people, in North Sinai.

He said ecumenical partners would welcome the motion.

He said: "We ask you to recognise [this] and we commend this to you, so that in this time, at this moment, when we are called we stand for those less fortunate than ourselves, and we place ourselves at their service."

The motion was passed and Bishop Nick’s speech is printed below in full:

It is both an essential element of human dignity – a dignity which as Christians we hold to be God-given and rooted in the cultural mandate of Genesis chapter 1 - and of secure, thriving societies. No country can fulfil its potential if its people are denied the freedom to hold, to change and to profess their innermost beliefs.

This freedom is a right we must cherish and safeguard – it is fundamental to what forms identity and meaning. It contributes to societal flourishing and is integral to solving many of the major problems facing our world today.

All individuals are entitled to follow what their conscience dictates - free from fear, coercion and repercussion.

It doesn’t matter if you are a Uyghur in China, a Bahai in Iran, a Jehovah’s Witness in Russia, a humanist in Saudi Arabia, a Jew in Europe, or a Christian in Pakistan. We are all born free and equal in terms of human dignity and rights.

Whenever and wherever this right is infringed, human dignity and flourishing are diminished.

Inevitably, the Church’s attention is instinctively drawn to the plight and challenges facing Christians whether that be in the Middle East, especially in Syria, Egypt and Iraq, or in Nigeria. But, as we know, infringement of this right is not confined to one geographical region or community.

Violations take place across all continents, in many forms. Christians, as made clear in the parable of the good Samaritan, cannot escape the call of Christ to assist all those in need, regardless of their religion or ethnic group.

To only stand up for the rights of Christians, to remain silent when others are suffering, is an act of self-harm, too.

We might well learn from history. As Martin Niemöller, the Lutheran pastor imprisoned in Nazi Germany during the war, noted – if I remain silent when others are taken, then who will speak up when they come for me?

To remain silent - whether out of prejudice or fear - is to be complicit in the suffering of others. As Niemöller acknowledged – such silence is a sin of which we should repent. However, his Stuttgart Confession did not go down well in the early post-war years in Germany itself.

Synod, attempts to quantify and qualify religious freedom violations in different countries are not straightforward.

But, the evidence paints a depressing picture – government restrictions on freedom of religion or belief and societal hostility to minority religious and belief groups are at a 20-year high.

Violations are increasing and intensifying involving not just intolerance and exclusion but active discrimination. The most severe violations include systemic, organised violence aimed at driving away or subjugating particular religious or belief communities and individuals.

In its ultimate form this can culminate in genocide – a phenomenon that has sadly been seen with increasing frequency, whether that of Christians and Yazidis at the hands of ISIS in Iraq, Rohingya Muslims in Myanmar or Uighurs in China.

In today’s interconnected age it is no longer possible to claim ignorance of these terrible events. To quote William Wilberforce – “You may choose to look the other way, but you can never say again that you did not know.”

Synod, this debate provides us with an opportunity to affirm our commitment to defending freedom of religion or belief wherever it is threatened. It gives us space to reflect on new and emerging trends in this field, and to take stock of our own efforts.

Of particular note here is the FoRB Leadership Network - a 3-year project involving MPA which is funded by the Foreign Commonwealth and Development Office to the sum of 5.6. million pounds.

That the Church is involved in such a high-profile international consortium reflects the quality of work undertaken nationally and internationally by MPA over previous years.

The experience and credibility that has been accrued in this area now sees the Church involved in various working groups set up to advise the International Religious Freedom or Belief Alliance – a group of over 40 like-minded countries established in 2020 to improve cooperation and coordination in this area.

The Church’s involvement in externally funded projects like FoRBLN and its advisory work with the International Alliance is work that can only be done nationally.

Another significant recent development is, of course, the Independent Review commissioned by the then Foreign Secretary, Jeremy Hunt, and Chaired by the Bishop of Truro.

We owe Bishop Philip a huge debt for the skill with which he undertook this role.

It is now nearly two years since Bishop of Truro delivered his final report with its 22 recommendations. The government is to be applauded for accepting these recommendations in full … and often repeating that commitment. Some progress has been made, but, sadly, their full implementation remains a distant prospect.

To take just one of these recommendations: if we are to reverse the tide of religious discrimination and repression, the training provided to our diplomats needs to change.

Foreign policy officials need to be trained in religious literacy to enable them actively to collaborate with faith and belief leaders abroad in order to encourage more homegrown initiatives in support of religious liberty.

The government has provided strong rhetorical support for freedom of religion or belief, and there are signs that this support is being converted into practical action. But this remains unfinished business.

There is a risk that as the government reconfigures Britain’s foreign and development policy in light of Brexit and the global health pandemic, that defence of this right will be neglected.

The government’s decision temporarily to reduce the aid budget from 0.7% GNI to 0.5% GNI indicates the hollowness of manifesto commitments and the uncertainty of existing funding commitments.

It is not enough for freedom of religion or belief to be referenced in the Government’s Integrated Review. Important though this flourish is, we need the Foreign Commonwealth and Development Office to set out an integrated, flexible and comprehensive strategy aimed at promoting this freedom and reversing the rising tide of religious intolerance.

We know that the Government faces immense challenges going forward, and that difficult decisions will need to be made. They need our support in this endeavour. But we must ensure that as the Government seeks to attract foreign investment and secure new trade deals, the values agenda that has underpinned British foreign policy for the last 25 years is not lost.

In this respect, their decision to oppose the Genocide Amendment to the Trade Bill currently before Parliament is a missed opportunity. It signals – intentionally or not – that trade trumps human rights.

The Report before you proposes ways in which the Church can assist the Government to stay true to its commitments and to keep this issue squarely on the political agenda.

It suggests ways in which we can mobilise our resources to engage in collaborative partnerships, grassroots empowerment, and policy campaigns.

We need to be engaging the Church at all its levels in efforts to press for the release of particular individuals imprisoned for their faith, such as Patriarch Abune Antonios, the Patriarch of the Eritrean Orthodox Church who has been under house arrest since 2007.

We need to look again at how we might use our companion links to address in particular countries of concern those less visible systemic factors including discriminatory legislation, hate speech, and bias in educational curriculums all of which are the building blocks that deny religious freedom. This can be very effective – as my own experience of advocacy in Sudan demonstrates.

As the Report and Motion make clear, much of this work can be done by using resources that will be produced by the FoRB Leadership Network over the next 3 years.

Synod, despite its import, I say in closing that this is a debate that needs to be conducted with humility.

Humility, because the Church has not had an uncomplicated relationship with religious freedom. The bloody history of the Reformation and Counter-Reformation is evidence of that. While religious beliefs can be a motivating force for reconciliation, tolerance and compassion, they can also support exclusionary and discriminatory practices.

It is with this history in mind, I invite Synod to take the opportunity to affirm the Church of England’s support for freedom of religion or belief.”