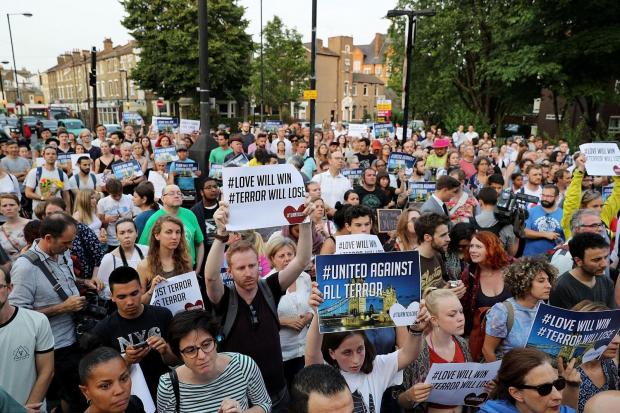 The Bishop of Leeds and the Bishop of Bradford have both spoken on Radio 4’s Today programme this week on inter-faith dialogue following the Finsbury Park Mosque attack in the early hours of Monday morning.

Bishop Toby Howarth, who took part in an interfaith vigil in London on Monday evening, said on Tuesday (20th) on the Today programme  that inter-faith dialogue has played a vital part in keeping communities together following the recent terror attacks.

Bishop Toby said the large ‘United against all terror’ vigil at Finsbury Park which drew together Christians, Jews and Sikhs as well as Muslims had had a powerful effect.

“It was very powerful because on Sunday we had had this wonderful celebration for the ‘Great Get Together’ in memorial of Jo Cox and that was a big party (see picture below), and then it was eerily silent yesterday evening. 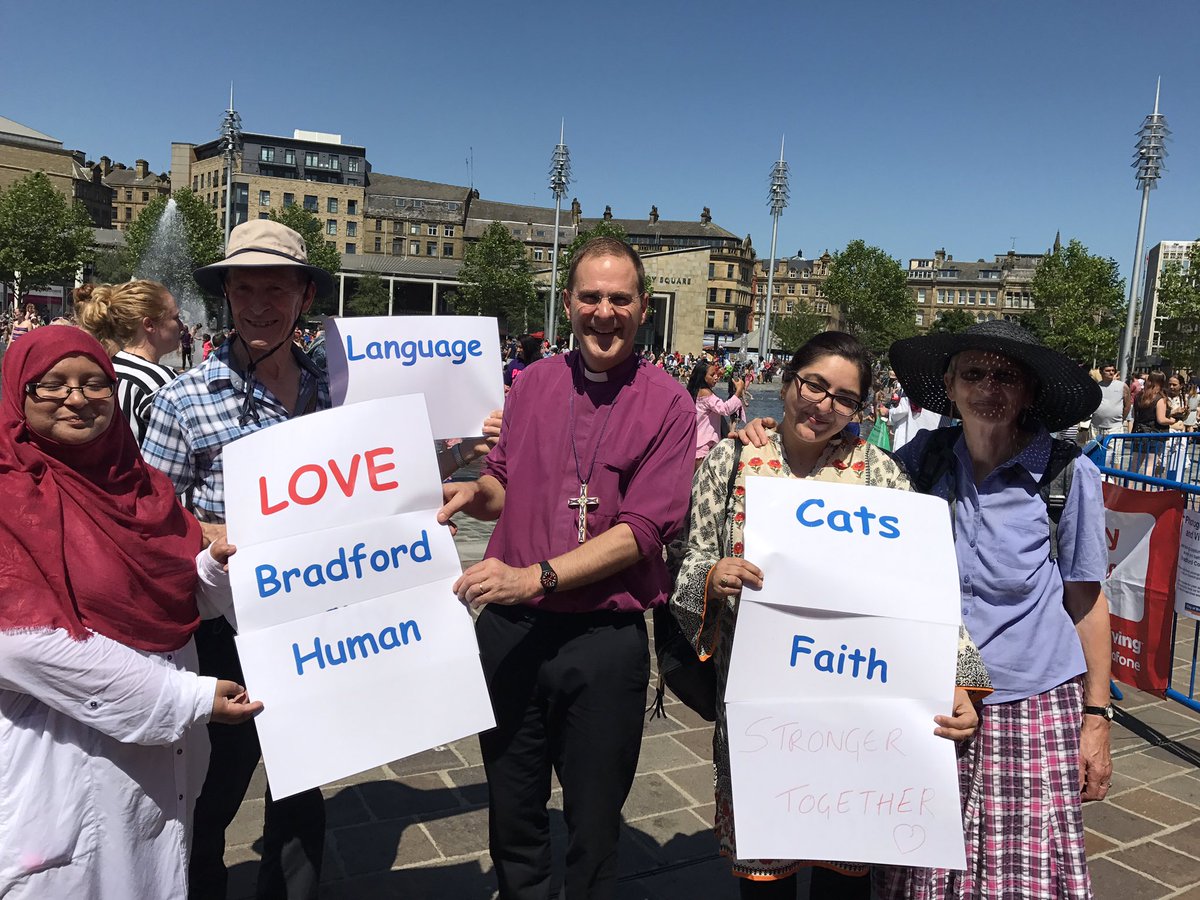 Challenged by another contributor that interfaith initiatives could just be ‘tea and samosas’ while avoiding difficult issues, he responded, “ I would say I like tea and samosas as well and I don’t think there’s anything wrong with that (studio laughter). I think you’ve got to begin with food, you’ve got to begin with the easy stuff and then as Rabbi Laura (Janner-Klausner) says you can get onto the hard stuff.

“Rabbi Laura and I a few months ago were sitting in a church hall in Bradford talking with a group of women there about anti-Semitism. That’s hard. Bradford doesn’t have a great reputation when it comes to anti-Semitism, but actually really good work is being done there. But it’s about those hard conversations at a local level and they are going on as well.”

You can ‘listen again’ to the Today programme here.  (The discussion is at 8.50am)

Bishop Nick Thought for the Day

On Monday’s R4 Today programme, Bishop Nick, the Bishop of Leeds spoke just a few hours after the Finsbury park Mosque attack as he gave the ‘Thought for the Day’ contribution. He too spoke about the importance of events like the Great Get Together, but also of genuine honest dialogue.

Read his ‘Thought for the Day’ contribution here

“The disturbing news from London this morning in which Muslims leaving a mosque have been directly attacked shows that violence can strike at any time and anywhere, and we think especially of those who suffer today.

“But, it comes after a weekend of remarkable events that demonstrate the unity of diverse communities. Not only the deeply compassionate response of ordinary people to the plight of those caught up in the Grenfell Tower fire, but also the Great Get Together. Thousands of people have got together in local communities not just to remember and honour Jo Cox, the MP killed a year ago here in West Yorkshire, but to demonstrate that difference does not necessarily mean division.

“All this raises questions that not everybody feels comfortable addressing. Such as to how an emphasis on commonality enables us to be honest about the differences between us? Or, conversely, whether praise of diversity inadvertently closes down honest discussion about what makes us distinctive.

“I spent a decade working in global interfaith conferences in places like Kazakhstan and Turkey. They sometimes reminded me of that old BT commercial that ended with, “It’s good to talk”. I sometimes wanted to add “… as long as you don’t talk about anything.” It sometimes felt like the root political assumption underlying them was that all religions are basically the same – we just have different diets and dress sense. So, we should ignore these superficial differences in order to become the same and safe. I constantly had to do the unpopular thing and insist that if we didn’t recognise the differences, then we were being neither honest nor realistic, and the enterprise would not hold up when put under pressure.

“But, as events in London last night suggest, coming together and talking are only the beginning – not an end. These things are complex.

“When Jo Cox said in her maiden speech in the House of Commons that we have more in common than that which divides us, she was surely right. But, the genius of what her husband Brendan has done (in focusing on that commonality and compassion) lies in creating space for relationships to be made within which our differences can then be explored honestly.

In other words, we need both – common ground and vibrant diversity. What is often called ‘the common good’ actually creates space for difference to be expressed and lived with, and within agreed limits.

As the prophet Jeremiah recognised when urging exiled people to pray for the welfare of the city where they lived, a mature society is one in which difference can be owned whilst the common good is built up. But, this has to begin with getting and being together in a recognised and respectful common humanity – a responsibility for all. This has to characterise our response today.”