The Boxing Day floods in 2015 in Huddersfield are one of the inspirations behind a pilot scheme that centres on the River Holme and aims to open up a new dialogue between the faith and science communities by looking at the changing climate and what opportunities it brings. 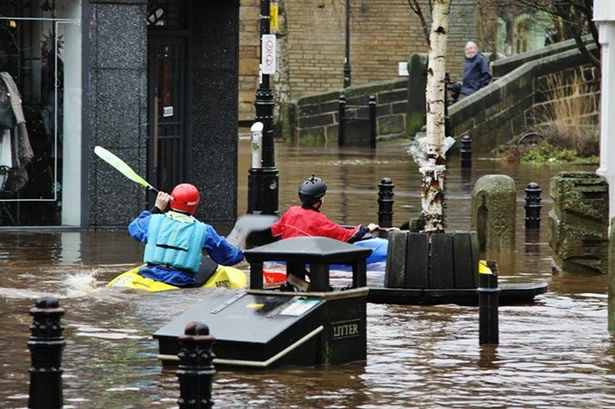 The river is prone to flooding with the earliest recorded in 1738 but in 1852, the newly built connecting Bilberry reservoir broke its banks and flooded the Holme Valley as far as Holmfirth with 81 fatalities and the destruction of many homes and businesses.

Over the last few years, there have been repeated flood warnings for local households and businesses living around its banks in towns and villages including Holmbridge, Holmfirth, Armitage Bridge, Wooldale, Netherthong, Thongsbridge, Brockholes, Honley and Netherton.

Now the river is the inspiration for one of 10 projects to receive funding of up to £10,000 as part of the second wave of Scientists in Congregations – a grant scheme open to all mainstream Christian churches to help churchgoers to engage confidently with science, raise the profile of Christians whose vocation is science-related, and change the debate about science and faith in churches and communities.

Called Water for Life, the project is run by the Parish of Honley with Brockholes, Huddersfield and aims to involve local congregations in the study of the challenges posed by climate change using the River Holme as an example.

Professor Richard Ashley, Emeritus Professor of Urban Water at the University of Sheffield and a member of the Honley congregation is heading up the project and said: “I felt called by God to propose the project as it brought together my long and successful career with my faith in God and seemed to be a test as to what I felt I was meant to give back.

"The proposal took a new turn through prayer, when it became clear it needed to focus on the opportunities threats like climate change provide, rather than the gloom and despondency of worry about the future - we can and need to rely on the Father," he added. This project will focus on the changing climate and the consequences for the River Holme and its tributaries as a vehicle to engage congregations and others in dialogue and actions to deepen understanding about scientific and faith worldviews in order to promote greater shared understanding and action. It is envisaged as a pilot covering many congregations and other community groups in the area in order to develop new shared respect for how religious perspectives and non-faith scientific perspectives can develop a shared understanding as to how all parts and aspects of society see and can contribute in their respective ways to responding to the great challenges such as a changing climate.

There will be a one day conference at Huddersfield University on March 9 which brings together scientific experts with people of faith including Bishop of Huddersfield, the Rt Revd Jonathan Gibbs as one of the speakers. The conference starts at 9.30am in the Quayside Exhibition Space. More here.