The map of Bradford Episcopal Area has been radically redrawn with four new deaneries coming into being on January 1, 2017 –  to be led by four Area Deans whose appointments were announced this week. 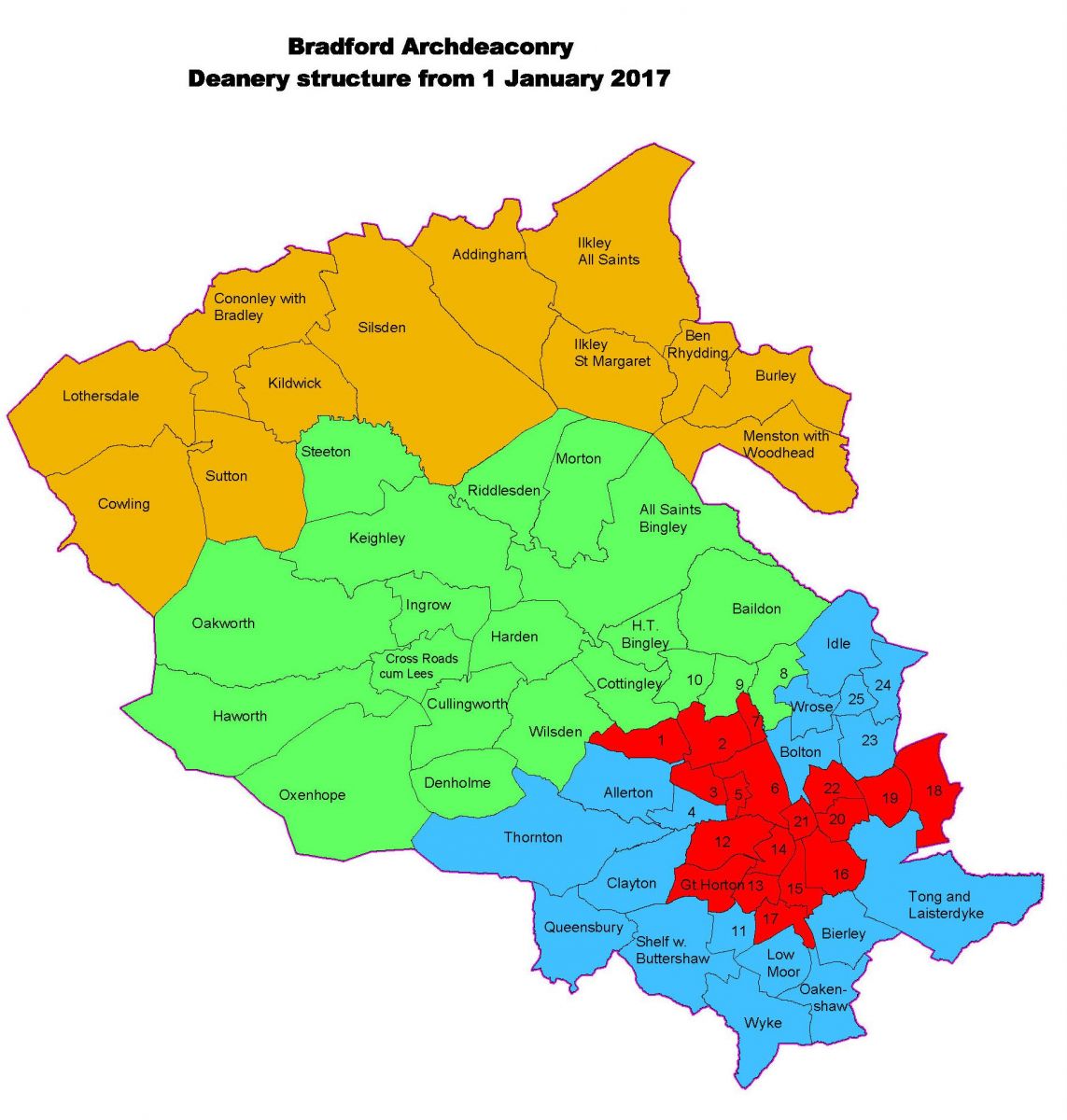 From the New Year, parishes will be grouped into the deaneries of Inner Bradford (in red on the map), Outer Bradford (in blue), Aire and Worth (in green) and South Craven and Wharfedale (in yellow).

The changes will mean similar parishes can work together more effectively, according to the Bishop of Bradford, Rt. Revd Toby Howarth:  “We needed to create a new deanery structure, as two of our existing deaneries had been divided across different episcopal areas and were significantly smaller than the others.

“The new model addresses this issue, but also goes further. The new deaneries are not only geographically focussed, but also offer mutual support in mission to parishes and clergy in similar contexts.” 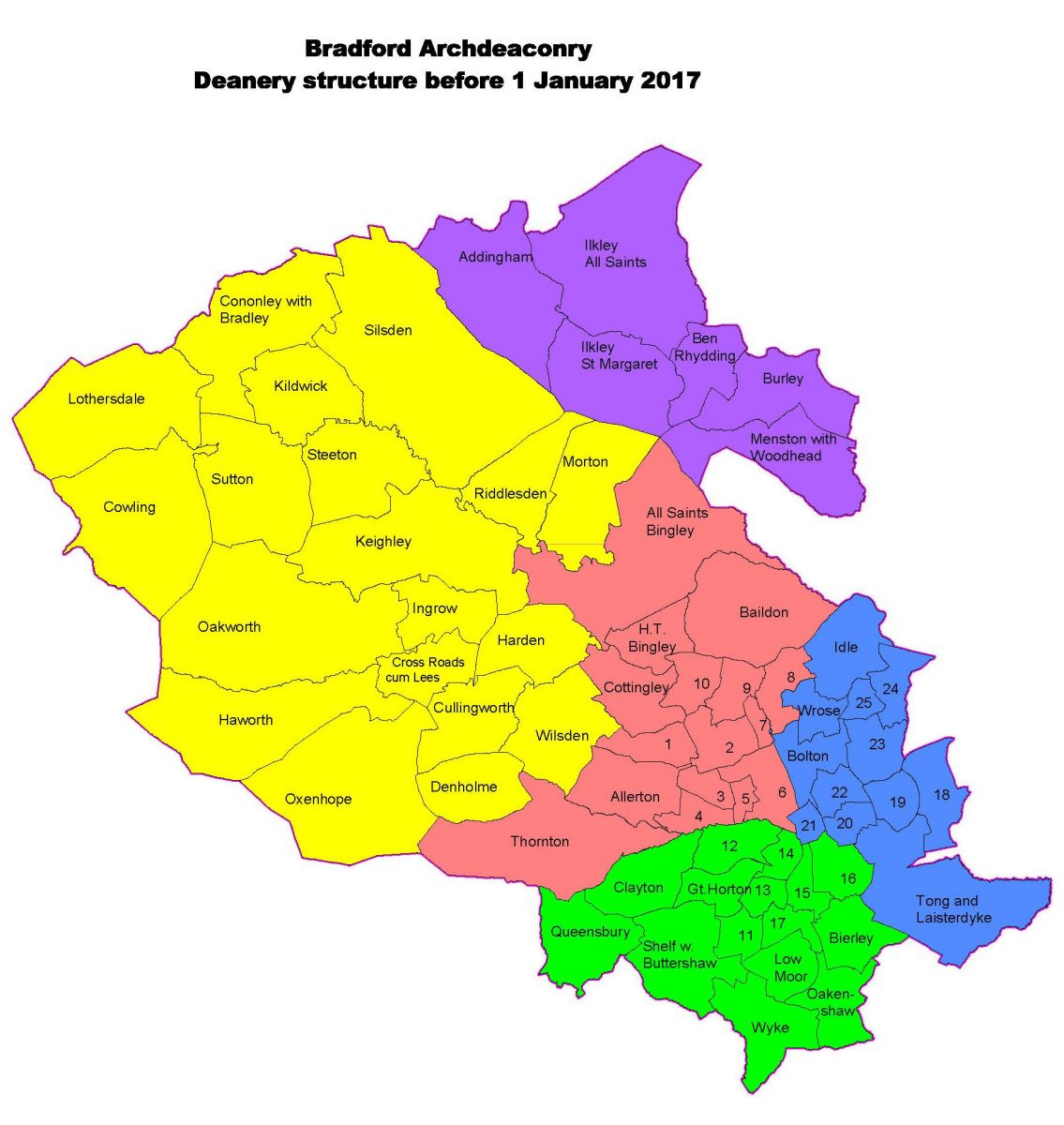 Deaneries play an important part in the organisation of the church. Defined as a group of neighbouring parishes forming an administrative area, each deanery is overseen by an Area Dean (ordained) and a Lay Chair (not ordained) and has clergy and elected lay representatives from the parishes on the Deanery Synod.  The Deanery Chapter of clergy provides pastoral support and the sharing of ideas while the Deanery Synod is an important forum for exchanging views, electing representatives to the Diocesan Synod and also to the General Synod, the legislative body of the Church of England.

The changes have come about after more than a year of discussion and consultation with several different maps under consideration. The final plans were circulated in August and were approved in October with a Pastoral Order sealed  by the Bishop of Leeds, Rt Revd Nick Baines.

The aim, as stated in the consultation, is “to create a more coherent deanery structure within the Bradford Episcopal Area, with deaneries of similar size and focus, which will offer effective engagement in Church of England governance structures and foster greater learning and partnership in mission and ministry.”

The parishes will be grouped into the new deaneries as follows:

Deanery of Aire and Worth

Danery of South Craven and Wharfedale