Children celebrate the return of their church mouse 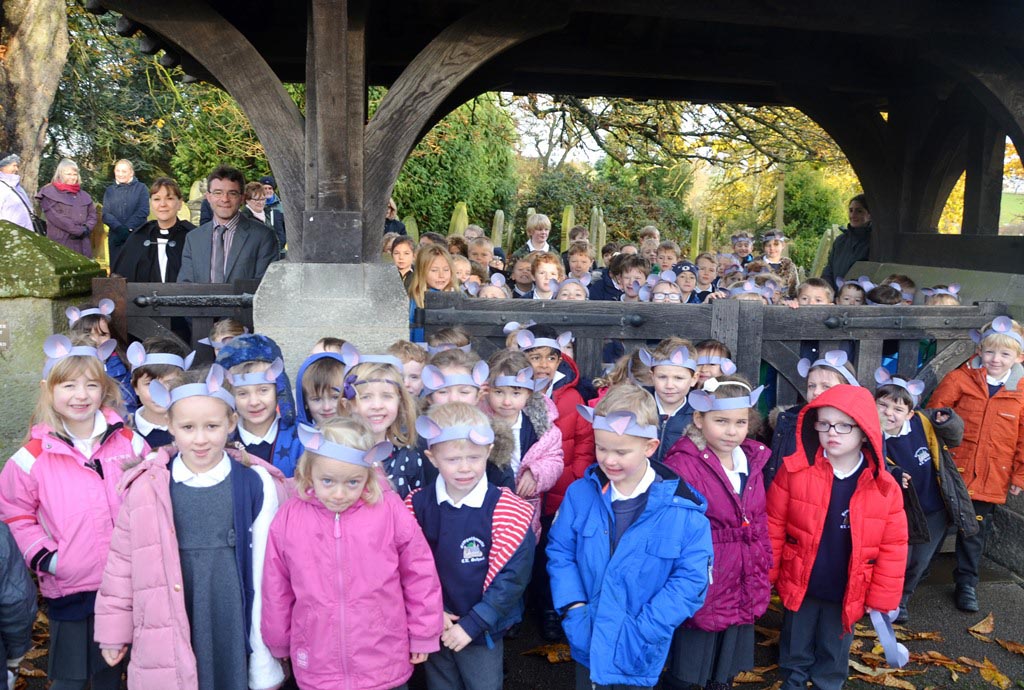 Children at a North Yorks Village school have been celebrating the rehanging of an historic ‘mouseman’ church lychgate following a two year school fundraising project to pay for its restoration. 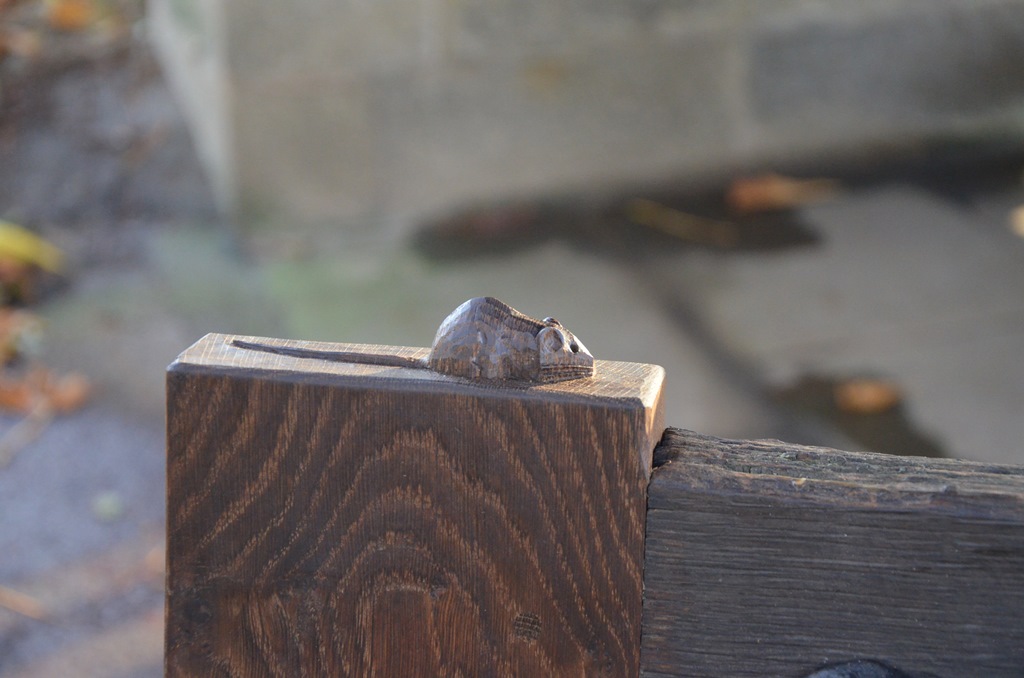 The pupils at Hampsthwaite C of E School took part in an open-air dedication ceremony for the restored gate and it’s iconic 'Mouseman' Mouse, the trademark of craftsman, Robert ‘Mousey’ Thompson of Kilburn.  The service was led by Headteacher, Andrew Phoenix and Vicar, the Reverend Chrissy Wilson. 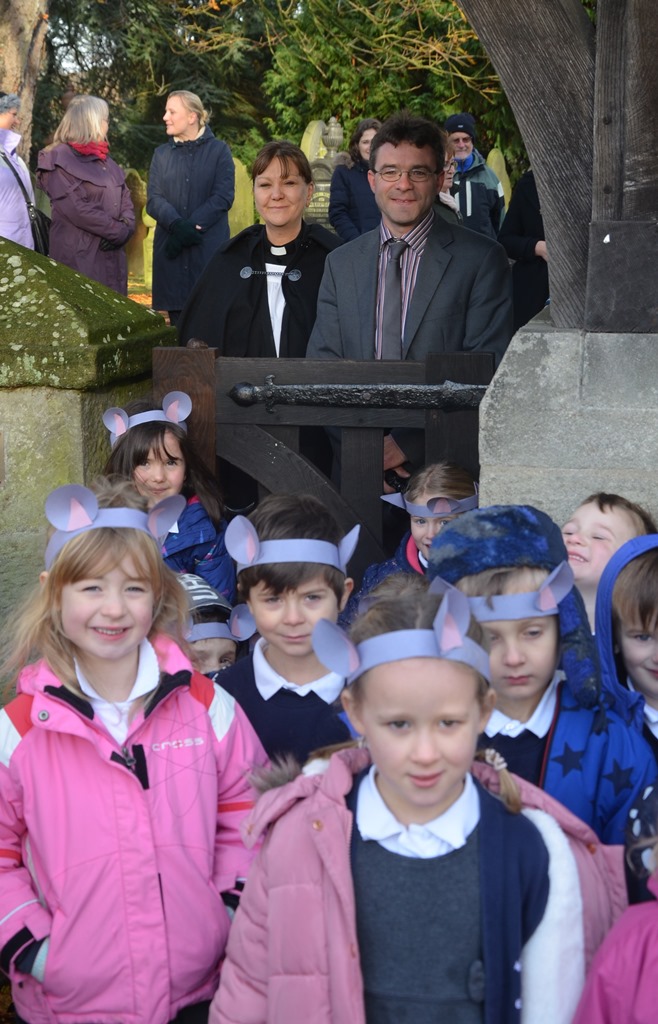 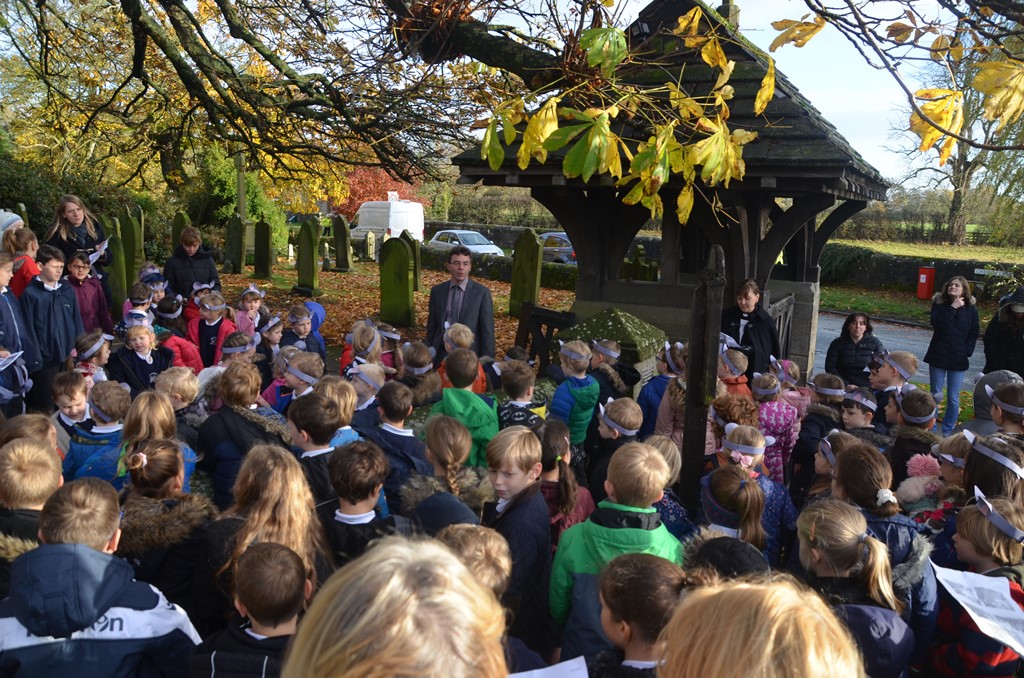 discovered the badly damaged and eroded gate at St Thomas a Becket church during topic work on their locality. A two year project followed, raising the £750 which was needed, and included making a film which followed the ‘adventures’ of the missing mouse (which included the mouse falling into the nearby river and meeting Father Christmas!).

Headteacher, Andrew Phoenix said, "We are delighted to have been able to play this small part in the upkeep and history of the church. When the Year 1 and Year 2 children made their mouse film back in 2014, they thoroughly enjoyed learning about their village through the adventures of the church mouse. We are really pleased that the fundraising from the film they made has enabled the gate to be repaired in such a wonderful way. Today's dedication service had a lovely sense of celebration and blessing for us all."

As the side lychgate with its restored mouse was rehung, many of the younger children wore mouse hats and sang a special song. Vicar, Revd Chrissy Wilson led prayers and spoke about the importance of gates in the Bible and the importance of the lychgate to the church and the community.

Afterwards she said, “The church and parish are very grateful indeed to the children and staff of the school for their enthusiasm and commitment in restoring our 'lost' mouse.

“It has been a wonderful way of bringing the whole community together and we are delighted to see our gate restored and re-hung, with its little mouse, knowing that so many different people pass through the gate each day as they come into the church and churchyard consecrated to God and pass back out into the world to reflect His love.”