Church growth, evangelism and help for refugees on Synod's agenda 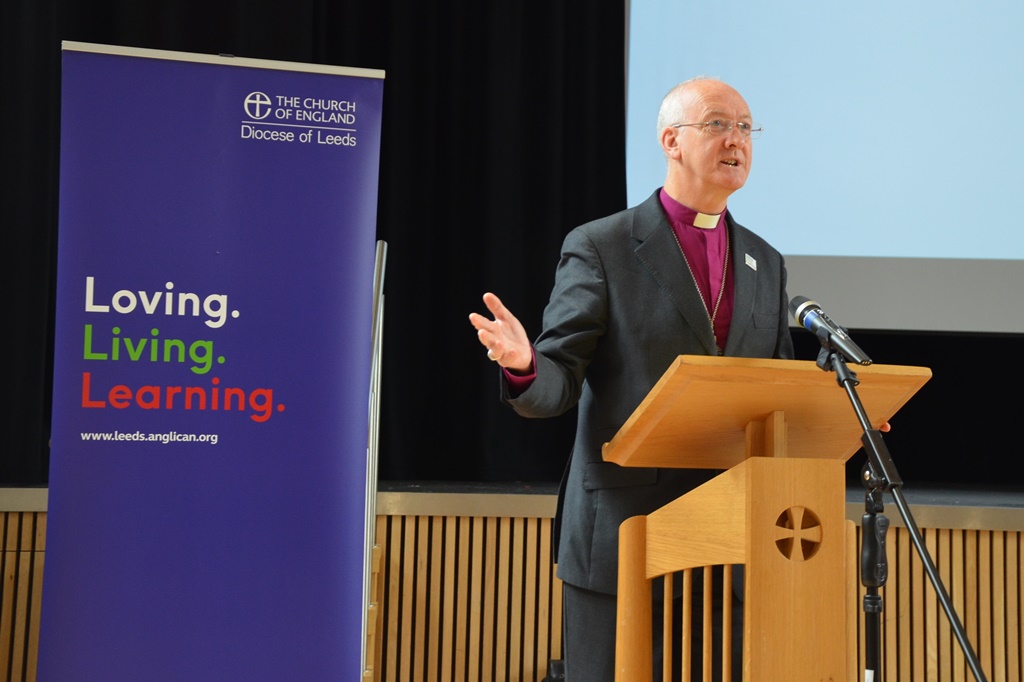 Church growth, evangelism and a decision to allow parsonages to be used for refugees who would otherwise be homeless were among the topics under discussion by the Diocesan Synod meeting in Harrogate at the weekend.

The eighth Leeds Diocesan Synod, the church’s ‘parliament’ made up of elected lay and clergy members from across the diocese, met at Ashville College, Harrogate on Saturday March 18th.

In his Presidential Address Bishop Nick called for debates at local church level, diocesan level and national level to conducted through the prism of ‘Loving Living and Learning’. On our PCCs, “how does each item contribute towards us being a loving, living and learning church for the sake of others?” he asked.  He cited recent national controversies. On the failure of a recent House of Bishops’ report on Same Sex relationships to gain support at General Synod he said, “If the House of Bishops report to the last General Synod was inadequate, then I look forward to hearing the solution from those who didn’t like it – especially as the reasons for not liking it are actually diametrically opposed to each other in many cases.  So, how are we as a loving, living and learning church to conduct this apparently unresolvable debate in a way that is godly, honest and resists the easy fragmentation against which the cross stands as a scandal?

“The withdrawal of Bishop Philip North from his nomination to the See of Sheffield raises further questions for a church that wants to learn to be loving, living and learning. … But, whatever one thinks about the process (which was followed scrupulously) and the particular nomination, the personal nature of the attacks on Bishop North and his opponents demonstrates ignorance of a gospel characterised by loving, living and learning.”

Closer to home, Bishop Nick, speaking of the disciples of Jesus, said, “This is what a synod is. Disciples of Jesus Christ are brought together to do the business of the institution we call a diocese. We are responsible stewards of what has been committed to us by God and the Church. We do not randomly make decision in the interests of being seen to be successful; we look to be faithful to the vocation given to us by God for this time and in this place. And our task is to address this with as great a clarity we can, asking how this enables us to be a loving, living and learning Church.”

Forty per cent of  our churches are growing 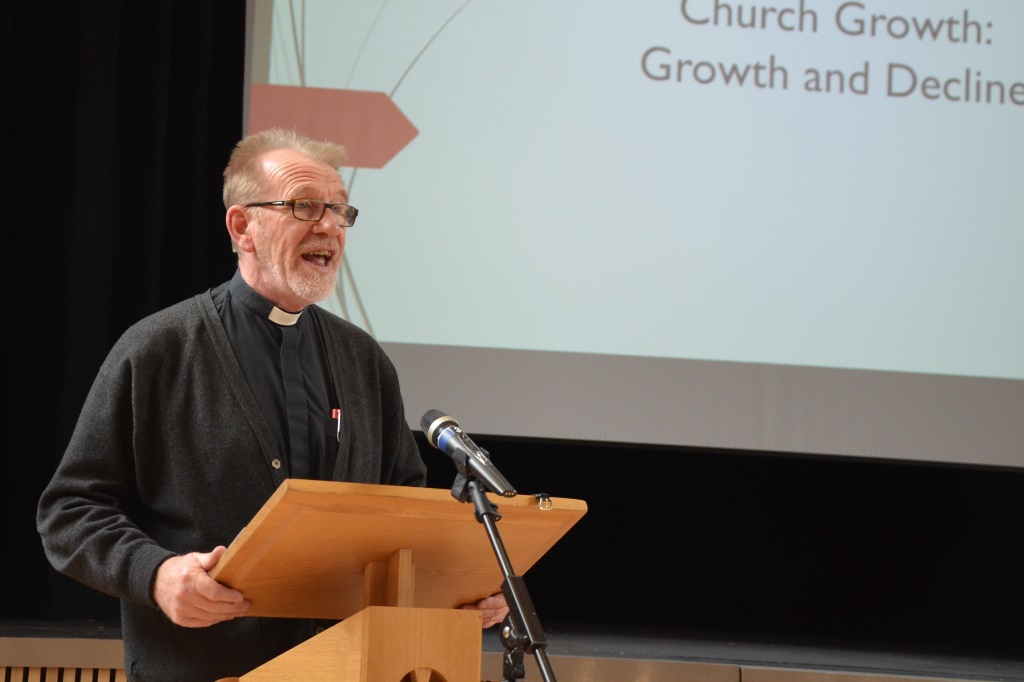 In an upbeat presentation by the Bishop’s Adviser on Church Growth, Canon Robin Gamble (pictured left), and Church growth team administrator, Sammi Tooze (below, right), they revealed ‘the headline news’ that 40% of churches across the diocese have grown in the past three years. “If we had done the same exercise five years ago”, said Robin Gamble, “we would have discovered that 21%-22% of our churches were growing, which was the national average.” 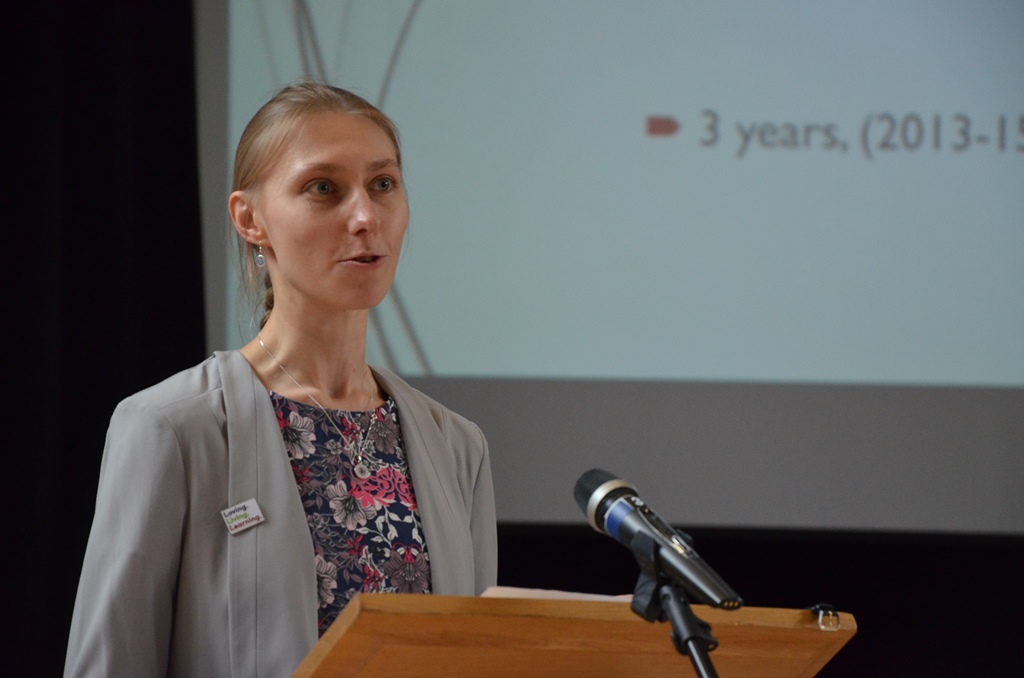 Based on ‘Usual Sunday Attendance’ figures, Sammi Tooze told members that “the figures are really exciting because they show that we are coming out of decline.  Forty per cent of our churches are in growth…. If every church across the diocese gains one person in the next year we come out of decline.” Members asked whether mid-week services could be included in any future analysis. Responding Sammi Tooze said, “It would be very helpful to have some sort of accurate system of counting services that are not on a Sunday.”  It was also commented that cathedrals had not been included, and that midweek figures there were not much less than Sunday figures.

“Generally speaking it appears that a trend is emerging which is incredibly encouraging”, said Robin Gamble. But he challenged members, “How involved is your church in the movement to grow the church?”   He said that a ‘culture’ of church growth was needed. “In the Acts of the Apostles we find repeated the phrase, ‘The Lord added to their number’. This is normal Christianity” he told Synod, “It is not exceptional Christianity.” 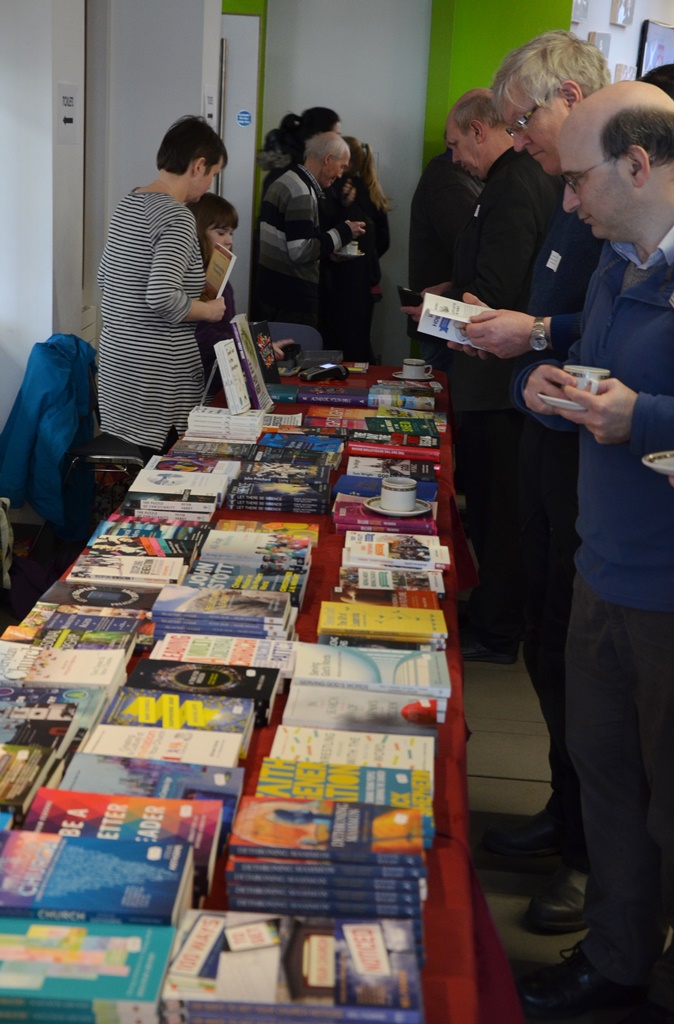 The possibility of using empty vicarages for refugee families in urgent temporary need came a step closer when church leaders agreed to back an amended motion, originally brought to Synod nine months ago but which was adjourned for more information.

In a written reply, Property Director, Michael Lindley told members that last year 90 out of 510 properties had been vacant at some point in the year with 43 for more than six months. But in his written comments he added that only eight were not undergoing repairs or refurbishment, and were seeking tenants or up for sale. He warned that practical obstacles to allowing refugees to live in empty vicarages included keeping homes available for clergy, lack of rent affecting Diocesan Share, and possible court costs if vacant possession had to be obtained.

With those issues in mind, members voted in favour of an amendment, not to ‘direct’ the Diocesan Board to make properties available but asking it to “consider making available for short term letting any diocesan property falling or remaining vacant, to effectively support the Church’s work with refugees and others in crisis.” The Diocesan Secretaries will be asked to report back ‘at least annually’ progress on the scheme.

Appointing the next Bishop of Ripon

Bishop Nick paid tribute to Bishop James Bell who was taking part in his final Synod before returning at the end of April. He apologised to Bishop James for having to talk about the Bishop’s Consultation for his successor while he was still here, but reminded members that he had a legal duty to consult them as to whether or not the post of Area Bishop of Ripon should be filled.

“One of the keynotes of the role specification,” said Bishop Nick, “is to lead on rural ministry and rural affairs and engage with rural agencies and local authorities—and also possibly taking on in due course a national role in relation to the development of rural ministry.”  Synod members approved unanimously that there should continue to be a future Bishop of Ripon.

A revised Quinquennial Inspection Scheme, previously adjourned for further work, was brought back and approved by Synod. Chair of the Diocesan Advisory Committee (DAC) Revd Canon Simon Cowling said “The revised scheme has taken account of all the points which were brought to Synod in march 2016 is a much simpler scheme but complies fully with the legislation.”

All parish churches must be inspected at least once every five years and the revised Leeds Scheme sets in place the legal requirements for such inspections across the diocese. Objecting to the revised Scheme before Synod, the Revd Dr John Hartley argued that it was not legally compliant in its present wording and called for the paper before Synod to be withdrawn and referred back. However, the move failed to gain support, and the new Scheme was approved. 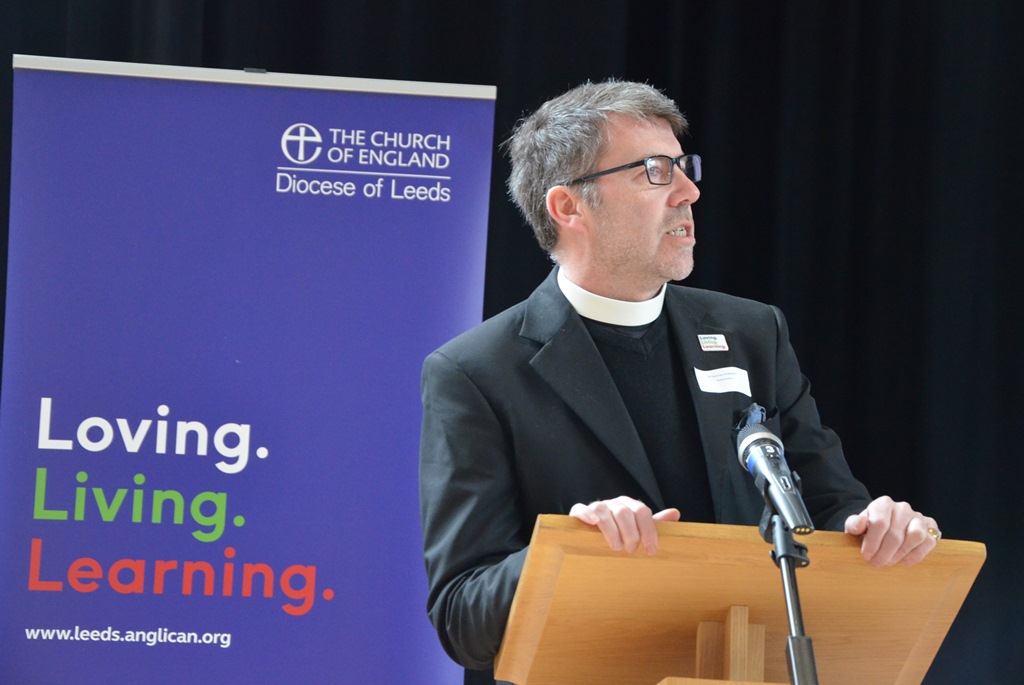 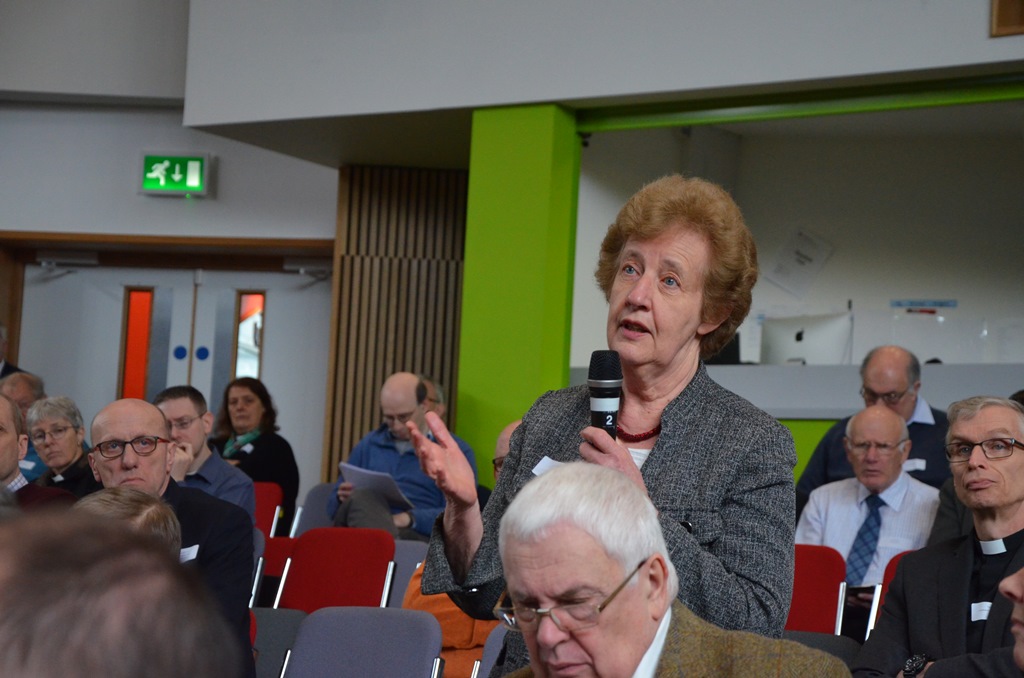 Revd Gary Waddington (pictured) , a diocesan member of the national General Synod presented a report on the February Synod meeting in London. He highlighted debates on enabling laity to be more involved in the mission of the church, as well as the debate on same sex relationships highlghted earlier by Bishop Nick. There was discussion of the report's reference to the 'Reform and Renewal' agenda and the need to simplify legislation. Professor Joyce Hill, (pictured right) commented that the diocese had more tham just 'a toe in the water' on the issues as she was chairing the Revision Committee.