Dean Jerry receives a series of farewells before retiring 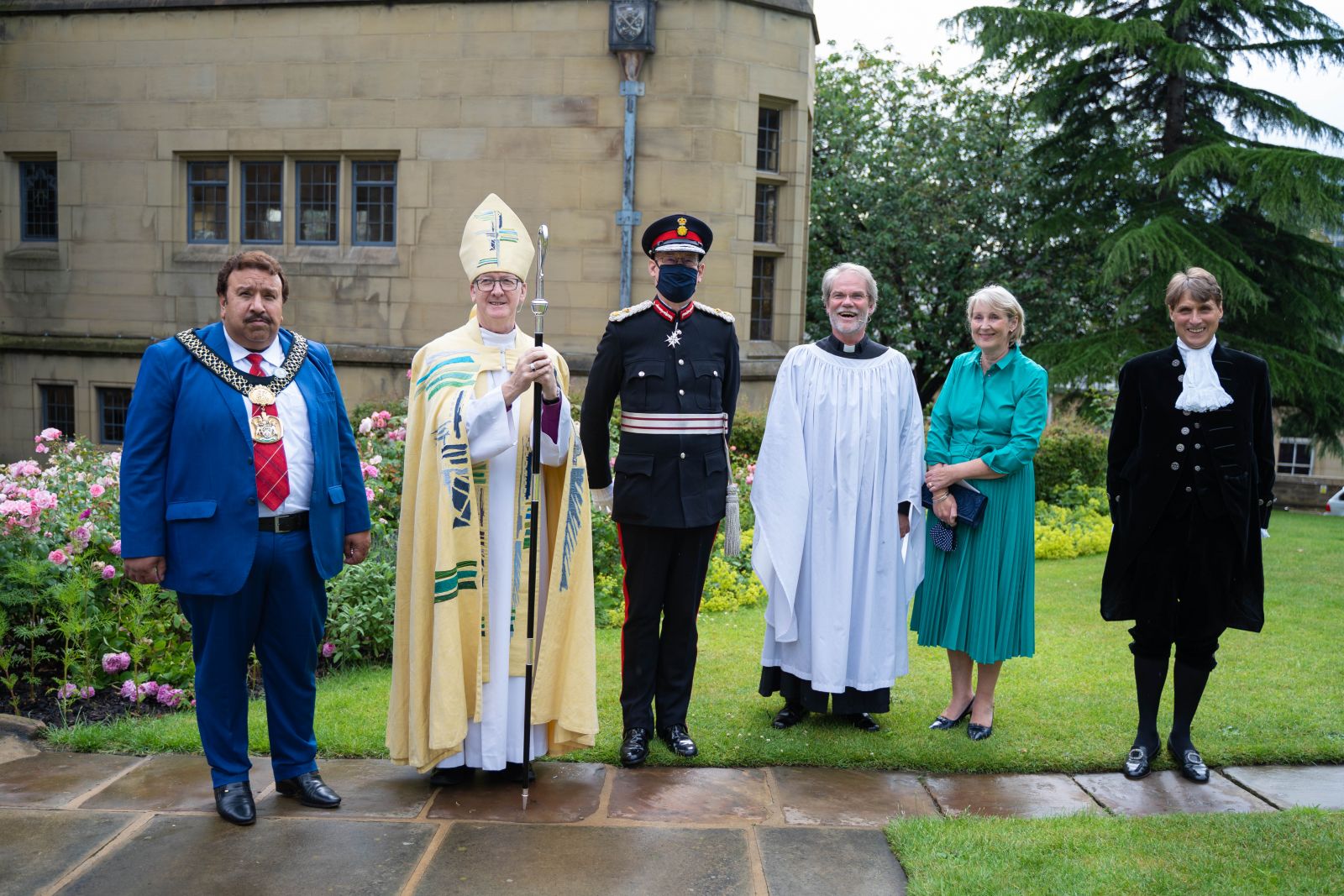 Following the announcement in February 2021 that the Very Revd Jerry Lepine, Dean of Bradford, would be retiring at the end of July, a series of farewell services have been held at Bradford Cathedral.

On Sunday, July 4, there was the 'Civic and Diocesan Farewell to Dean Jerry'. The service included a welcome from the Right Reverend Nick Baines, Bishop of Leeds, and readings from Dean Jerry’s clergy colleagues, the Revd Canon Mandy Coutts, and the Revd Canon Paul Maybury, who becomes Acting Dean following Dean Jerry’s retirement.

There was also a sermon from the Very Revd Jerry Lepine (pictured left of centre with his wife Christina, Bishop Nick and Civic representatives).

“We were in Ripon Cathedral yesterday for a high point in the church year: the ordination of deacons, a deeply significant and profound moment, and when one clergyman strolled up to me, I anticipated a conversation with some gravity attached to it. Instead, I got “who's taking responsibility for the old rockers at Bradford Cathedral now you're going?” said Dean Jerry.

Bishop Nick gave thanks to Dean Jerry, “For all that you have given in ministering in this place and living amongst us.”

As the service neared its end, Bishop Nick and his wife, Linda, presented Dean Jerry and Christina with retirement gifts. The service came to its conclusion with the Dean placing his cope on the High Altar. 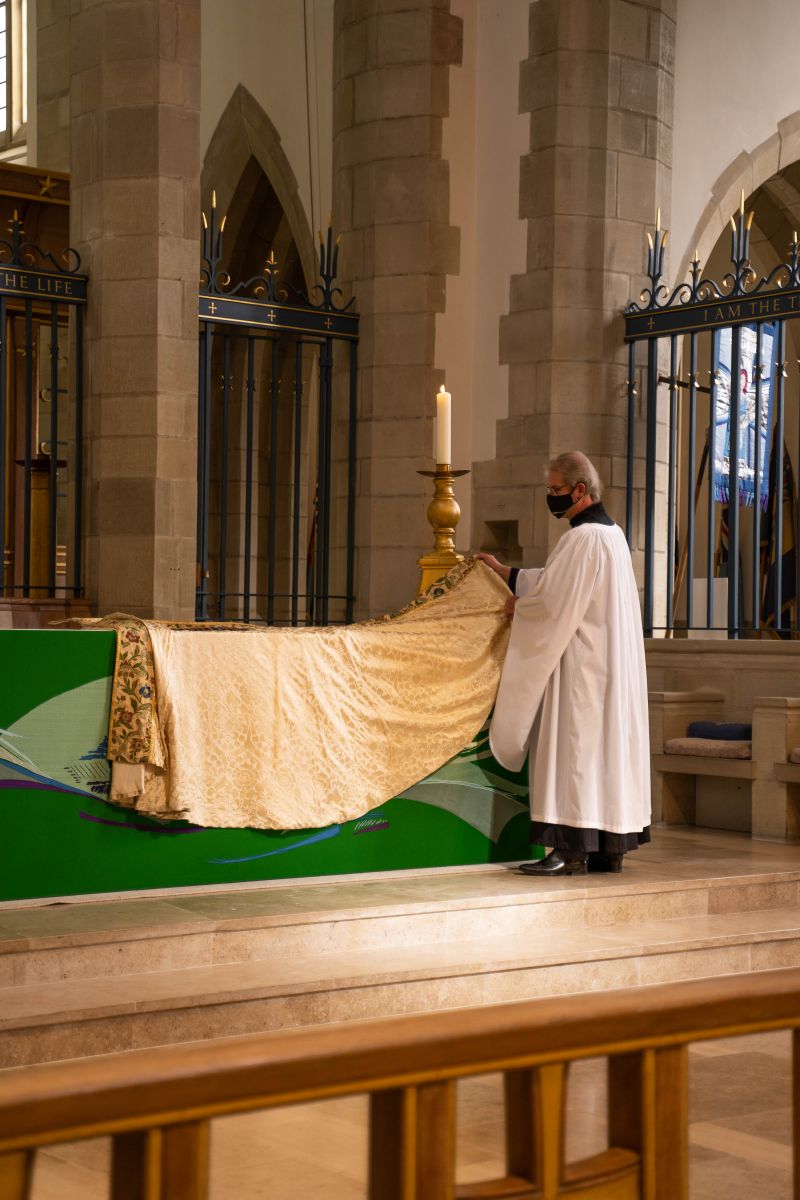 “Deans will come and go, but the music goes on. It is the divine music that calls me, and I choose to surrender myself to that music. Again. And again. And again. Thank you,” said Dean Jerry.

One week later, on Sunday 11th July, the Dean held his final Eucharist service at the Cathedral, both presiding and preaching. At the end, a short presentation was held, led by “father of the house” Alex McLelland.

“The Cathedral is in a much more sustainable, secure, and confident position than it was before you came, and that is thanks to you and your ministry amongst us. We thank you whole-heartedly for your time with us.” 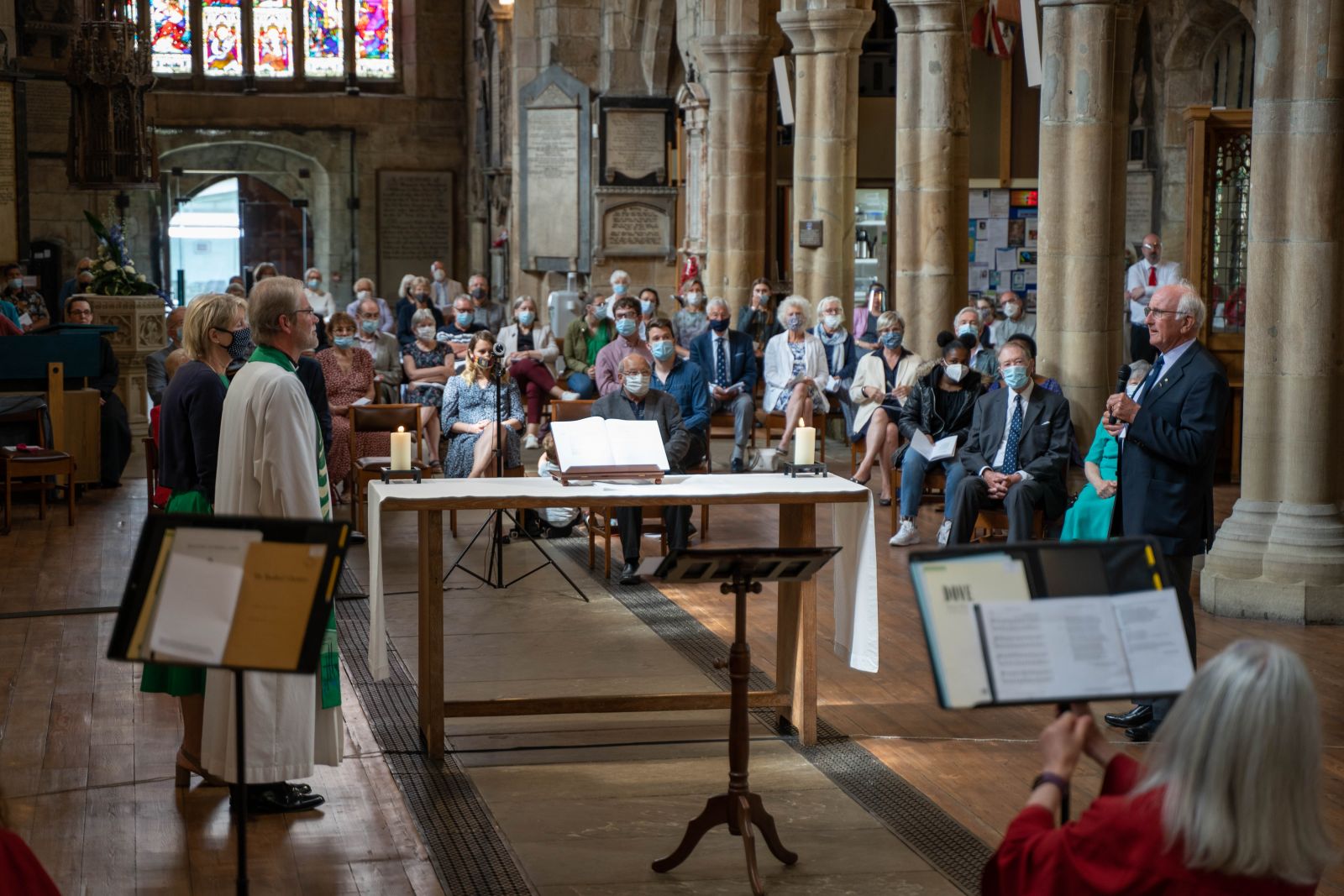 A specially written poem – ‘A Dean’s Journey’ – was performed at the service by Diane Pacitti, the Cathedral’s Poet in Residence in its centenary year. The poem was also presented to him framed and mounted, illustrated with hand-painted copies of the Cathedral kneelers.

“One of the things about being clergy, is that you go deep into a community. It’s been my privilege to be alongside you, in your stories, and the stories of those in the city and the wider church. It’s been such a blessing and a gift, that you’ve given to us. The engagement with God and human beings is beyond price,” said Dean Jerry.

The Dean's final service was the last ‘Choral Evensong’ before the summer break, and featured the whole choir for the first time since December 2019. It also included a short presentation as goodbyes were said to some members of the choir, and a handover to Canon Paul Maybury, as Acting Dean.

You can hear more about the Dean’s time in Bradford, in his own words, in the Cathedral’s new podcast as well as watching the final services on YouTube. The sermons are also available on the Cathedral’s Soundcloud page.