First conference on climate change in Diocese of Leeds

From destructive flooding in our own Diocese to devastating drought in our link diocese of Mara, the impacts of our changing climate are too serious to ignore.

This was the message from our Diocesan Environment Officer, Jemima Parker who spoke at a one day conference that explored the relationship between faith and science using Huddersfield’s River Holme as a local example.

The day conference at the University of Huddersfield last week was organized by the parish of Honley with Brockholes and is part of a one year project called Water of Life with the help of a grant from the Scientists in Congregations Initiative and funded by the Templeton Foundation. 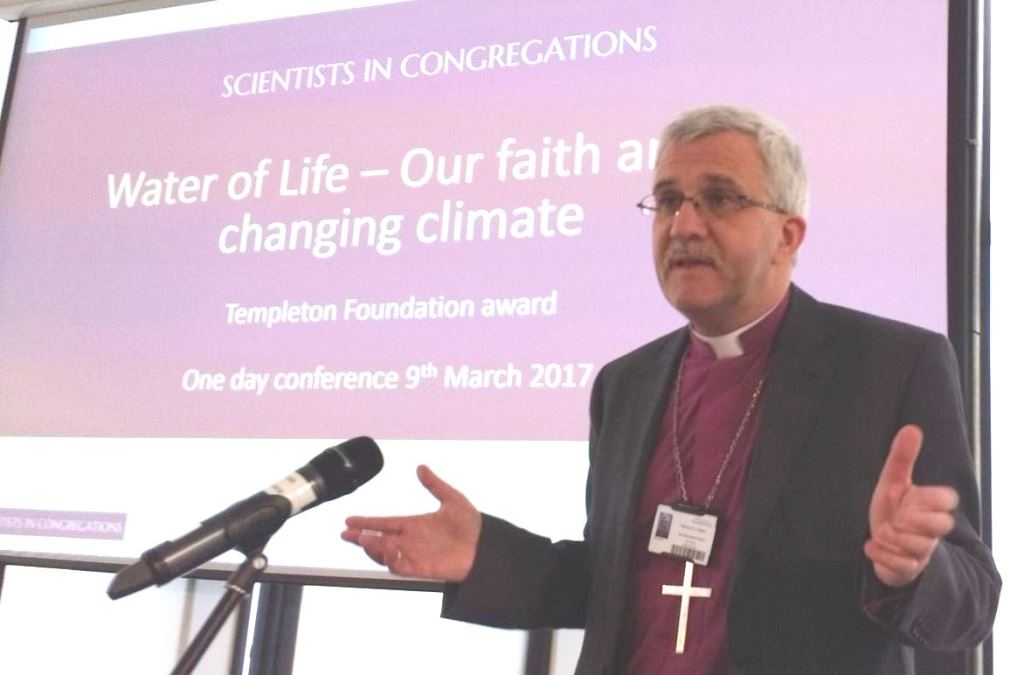 It was opened by the Bishop of Huddersfield, the Rt Revd Jonathan Gibbs, and included academics from the University and a representative from the Committee on Climate Change (which advises national government on these issues), as well as local clergy and staff from the Diocese.

This is a report from the vicar of St Mary’s Honley, the Revd Liam Beadle:

“The day opened with a robustly Trinitarian introduction to Christian theological foundations by Bishop Jonathan. This helpfully established humanity’s responsibility for the natural world under the sovereignty of God in Jesus Christ. It also provided an important platform from which to launch into a consideration of the challenges posed by climate change. Daniel Johns, from the UK Committee on Climate Change, addressed issues of concern at a governmental level, while Mary Dhonau, chief executive of the Know Your Flood Risk campaign, spoke of the pain caused when people’s houses are flooded.

"In the afternoon, we heard a number of theological presentations. The Revd Helen Roberts, Minister of Trinity Methodist and United Reformed Church in Honley, spoke of the relationship between faith and science. The Revd Keith Griffin, from the Upper Holme Valley Team, spoke of the benefits for the Church of developing a relationship with the natural world. The Revd Liam Beadle, Vicar of Honley, offered a Bible overview on the theme of water. To conclude, Jemima Parker, the Diocese of Leeds’s Environment Officer, gave some indications of what churches can do to make decisions which are environmentally responsible.

"The day helped to place the Diocese of Leeds at the forefront of engagement with the natural sciences, rooted the Church’s response to climate change in good theology and good science, and enabled those who attended to begin to put into effect the Anglican Communion’s Fifth Mark of Mission: to strive to safeguard the integrity of creation and sustain and renew the earth."

Professor Michael Clarke, Dean of Music, Humanities and Media, who welcomed the conference to the University, said: ‘It has been a great pleasure for the University to welcome this important conference to the campus. As a University it is essential our quest for knowledge is put into a broader context. The relationship between science and faith, and the issues around climate change, are vital concerns for us, now more than ever.’

The Bishop of Huddersfield said, “It was a great privilege to give the opening lecture at today’s exciting and innovative conference on Climate Change at the University of Huddersfield.  I was thrilled by the level of interest and engagement from students at the University and people from local congregations.  This was a wonderful example of what can be achieved by people working together to make connections between faith and the world of science.”

Our Diocesan environment officer, Jemima Parker added: “This conference has been a great start in opening the conversation on how as people of faith we respond in love and hope to what the science is telling us.”

Especial thanks go to Professor Richard Ashley, director of the Water of Life project, whose hard work made the day possible.