Former police inspector takes the reins as a rector in Craven 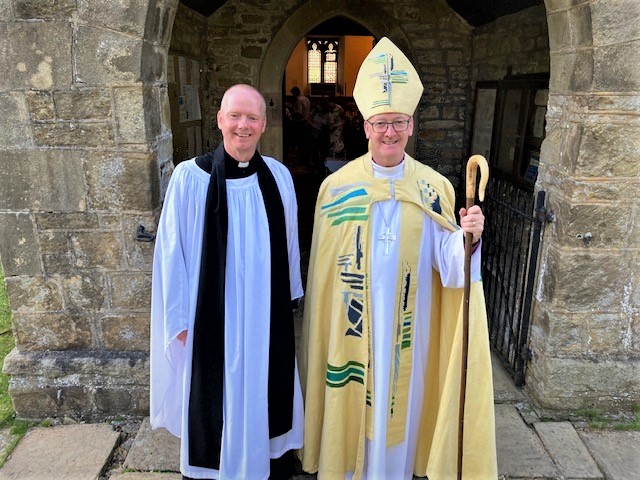 A former Police Inspector has been made rector of Thornton-in-Craven, Marton and Broughton.

Revd Robert Findlow was inducted by the Archdeacon of Richmond and Craven, Jonathan Gough at a service led by the Bishop of Leeds, Nick Baines on the first day church congregations were allowed to sing again after a year and a half.

Members of his former parish in Rochdale, Greater Manchester, joined his wife and two sons and his mother along with members of his new parish at the evening service held at the church of St Mary the Virgin, Thornton on July 19.

The congregation sang several hymns although the advice was for people to continue wearing face masks and to use hand sanitiser.

At the end of the service Rev Findlow, who the congregation heard described as a “people person” and with a ‘deep faith behind a broad smile’  carried out a ceremonial ringing of the church bells.

The following Sunday he was joined by the Rt Revd Tony Robinson, Bishop of Wakefield, and preached for the first time at St John the Baptist’s church, Broughton.

Revd Findlow recently retired from Greater Manchester Police after 30 years. He had previously earned a degree in agriculture from Edinburgh University.

After the ceremony, he said the first inkling of a calling to ministry while at university where he spent more time with theology students than those in his own course. 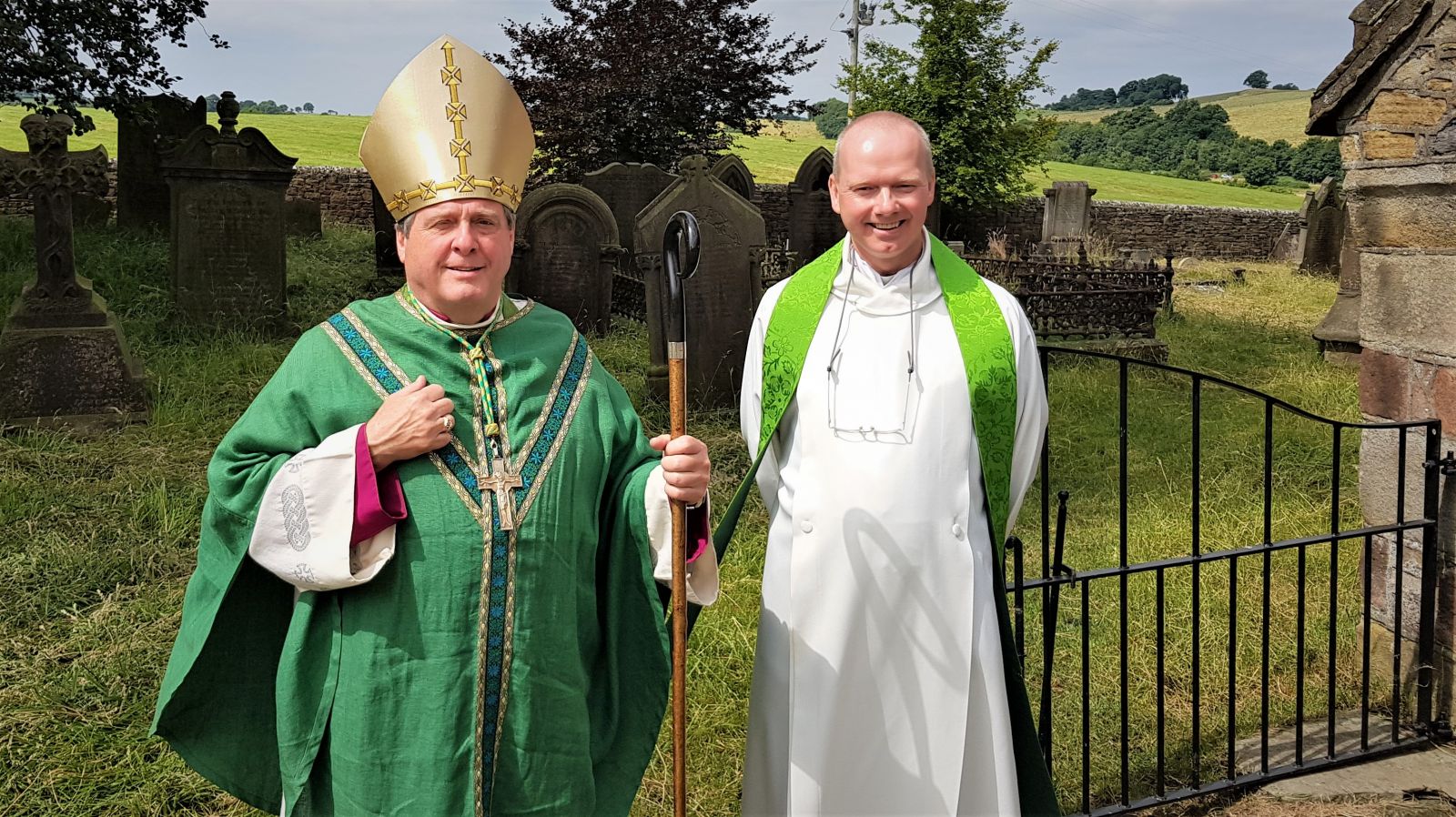 A desire to serve the community led him to join the police.  “Never being able to satisfy the itch of a calling that kept on over the years eventually my parish priest recommended I explore a vocation,” he said.

He went on to train in the Manchester Anglican Diocese and comes to Craven from the Parish of St George and St Clement in Rochdale.

He said: “I have an enthusiasm for bringing God’s love to people of all ages and with my background I have some understanding of the tough times facing farming and felt drawn towards serving this farming community offering a message of God’s hope to all.

“I am really looking forward to working not only to bring people into our lovely medieval churches at Thornton, Marton, and Broughton  but to take Church out to people.

“I’ve seen already how happy and welcoming a church we are I want us to walk alongside our local communities, working with partners serving and supporting local people as much as we can.

“I enjoy music and reading and I am a not very enthusiastic runner. So, when you see me, red faced, running along the lanes and canal side, give us a wave.”