God gives us the growth: Are you ready? Asks Bishop Jonathan.

God has given us everything we need to fulfil His purpose and His plans and they are sitting here, and in our congregations and our communities, the Bishop of Huddersfield, Bishop Jonathan told churchgoers and clergy from his Episcopal Area.

Bishop Jonathan was preaching at the Huddersfield Area Celebration service on Sunday when around 250 people braved the wintry weather to come together to celebrate and share the wonder of God’s work locally.

There was testimony from six different churches based on the three themes of Confident Christians, Growing Churches and Transforming Communities.

For Confident Christians, Churchwarden at Huddersfield Parish Church, Mike Benbridge told the congregation that running a pop up shop for a week in the local shopping centre to raise funds and be more visible “captured everyone’s imagination.” 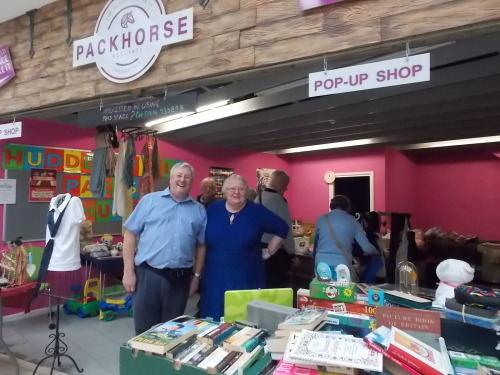 This year – the second year running – they raised over £2,000 and every member of the congregation was involved one way or another.

The vicar, the Revd Simon Moor also explained how it had enabled them to reach out and connect with those they might not have done otherwise; like Steve who loved brass and now comes and cleans the brass for them every week and has just started coming to coffee morning.

Or a woman, a committed Christian, who was angry with God after her husband died, and has slowly began to come back to church and now says she feels she has been “wrapped in God’s love within the church” and a group of Muslim ladies who were afraid of one woman from church because she had a Rhodesian Ridgeback dog and explained to her why. Now the woman had been invited to the mosque and the Muslim women have been shown round the church.

Said Simon: “None of this would have happened without Pop Up Shop.”

A short film from the We are the Diocese of Leeds campaign telling the story of Pop Up Shop was shown.

The Team vicar of the Upper Holme Valley, the Revd Sean Robertshaw spoke about  how their first Festival of Faith had given their seven churches a new found confidence, confidence to reach out in a less conventional way. 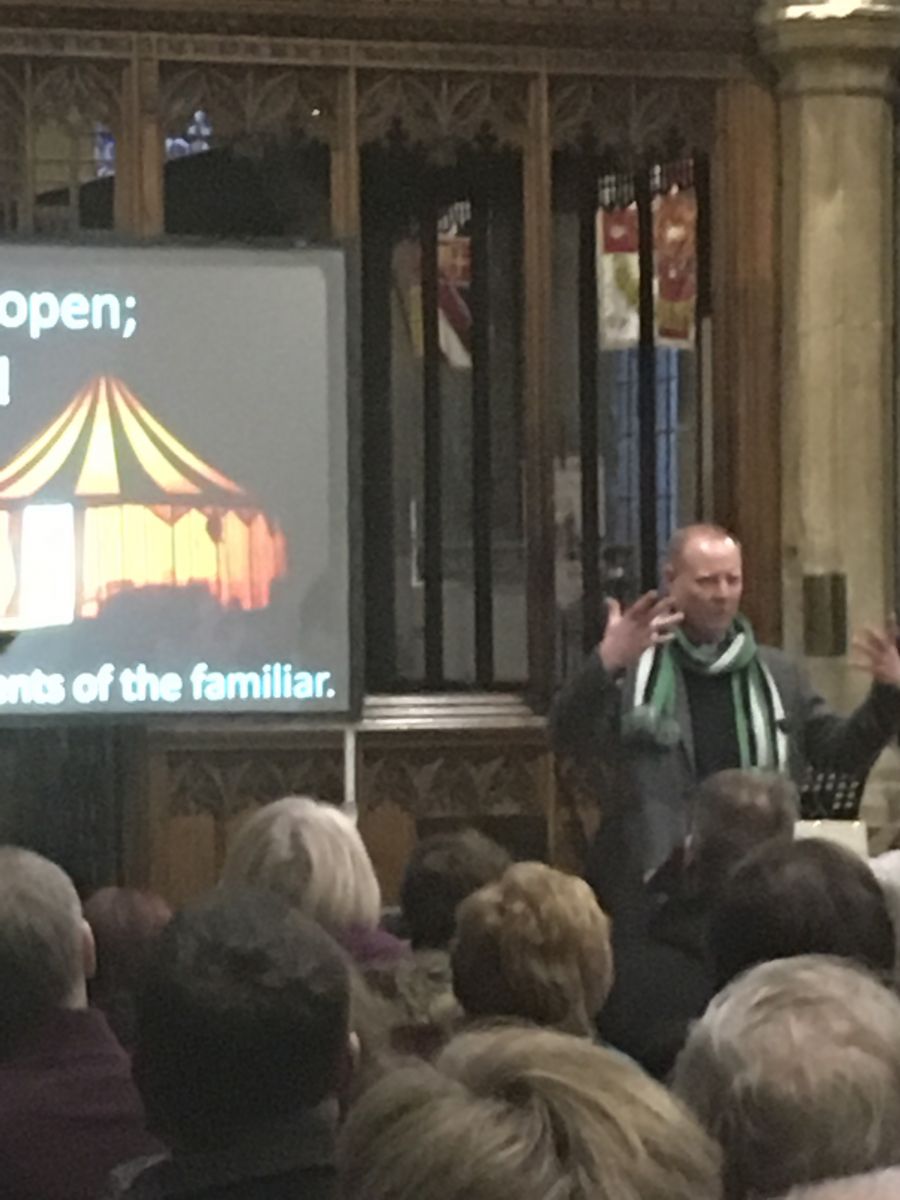 “We were trying to work out how to engage with our local communities better, what do we have in common and we realised we come from a festival town; any event, it becomes a festival so let’s do a festival of Christian faith; and make it invitational,” he said.

At the heart of the festival – held in 2015 – was the desire to engage with those on the fringes of the churches and church communities but who were looking in; and ask them what they wanted

“We desperately wanted to hear different view points; we wanted to invite people to come and share things; we wanted to be prayerful and have Jesus on that journey with us;” he said.

They held a Heavenly Bake Off, they celebrated the Goodness of nature with prayer walks, Forest church, walks with guided conversation as well as a children’s events, a comedian and a launch with their own Festival Beer by the then new Bishop of Huddersfield, a card-carrying CAMRA member.

“We wanted to seek people where they were physically, emotionally and spiritually, and listen to them and what they had to say about their faith, their values,” he added.

And it was so successful and brought a fresh confidence that they are in the process of planning their second festival this year.

Growing Churches heard from Holy Trinity, Huddersfield and its vicar, the Revd Mike Wilkins explained it was a Leading your Church into Growth course which helped them to focus on discipleship, focus on God’s vision and on a church that loves God.

‘We try to be intentional and we’ve been really blessed to see the church growing. It’s really exciting and the glory goes to Him,” he said.

“We are lucky to have a church which wants to change. The whole church is the team and everyone has role,’ he added.

He said the congregation had grown over the last eighteen months from having zero students to having 15-16 young students and a thriving student ministry; one of whom, Dan, was the first to come to Holy Trinity, and he gave his testimony.

“What brought me to the church was the vision. I spent my gap year in a church in Manchester that was basically a small room full of students and a very large drum kit and I did not expect to come to a church like Holy Trinity.

“What I found at Holy Trinity was a group of people ready to lay down what they wanted for what God even though we don’t quite know what might happen and we might be scared.

“But when we lay down what we want for God and his mission, God moves and we see incredible things,” he added. 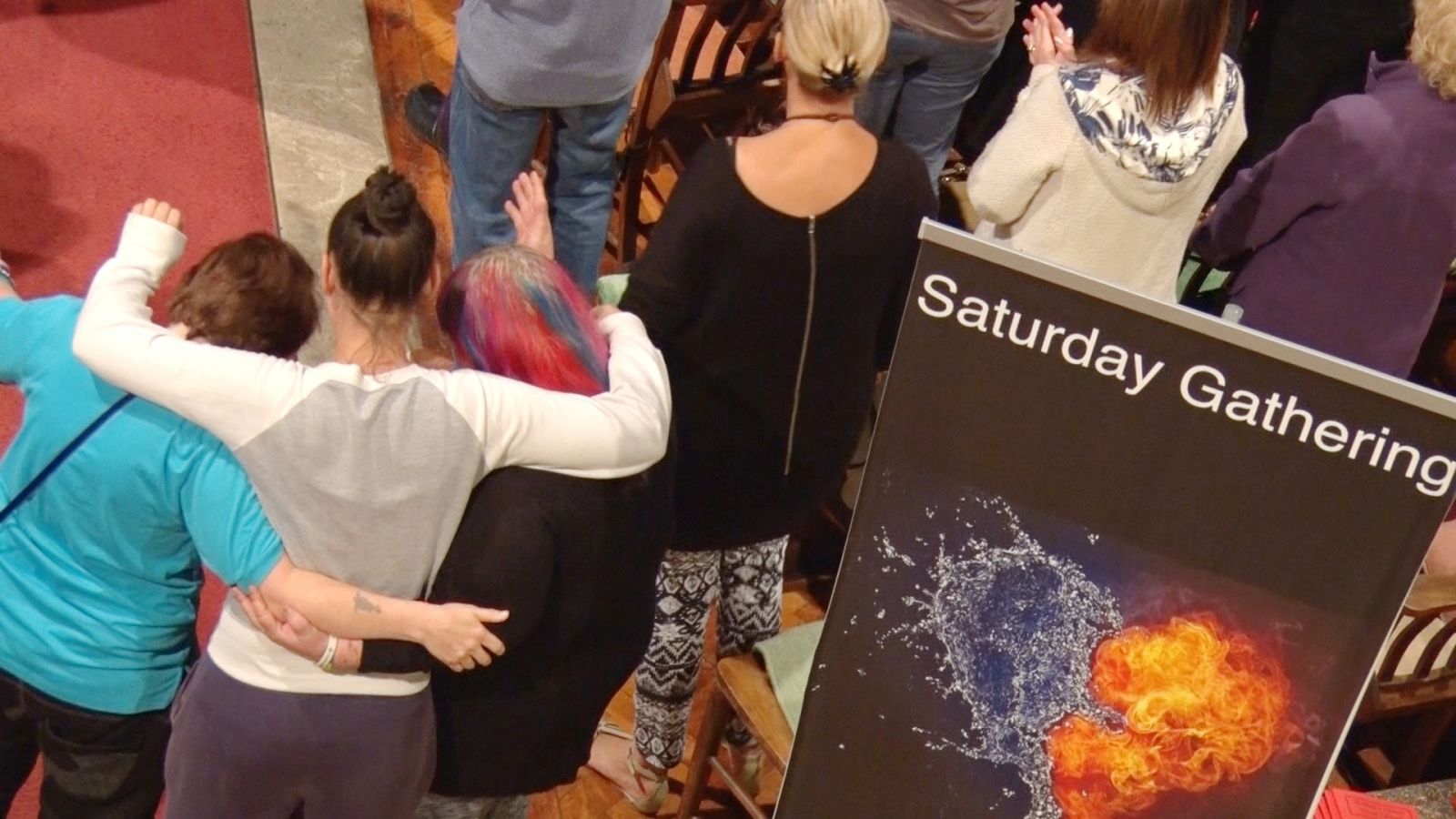 Linda who had first helped plant the city’s Saturday Gathering four years ago explained that they were growing out of their existing premises in the centre of Halifax and needed a new place. They did a postcode search realised they needed to be in the west side of Halifax as some of their members were walking two to three miles just to come to church, and began to look around.

“I was determined it was not going to be an Anglican church, “ she said.

“God had different plans,' she added.

Meanwhile, Neal said he and the congregation were growing concerned about how they might grow, being in a largely Muslim and Eastern European area.

“Sat Gathering West has given us renewed confidence as a congregation. This is growing God’s kingdom in the parish and the church, this is God saying I have plans for you and we’re just all really excited, “ added Neal.

Since Saturday Gathering West opened last October, St Hilda’s has seen growth in other areas too, including a pre fives group run by a member of the Asian community; a coffee and chat afternoon for the isolated and a vicars meeting for anyone who wants to come – giving is also up!

A short film telling the story of Saturday Gathering West from We are the Diocese of Leeds film campaign was shown.

Bishop Jonathan said: "God gives the growth. There are ways in which we can help that happen and there are ways in which we can definitely get in the way; We have to be prepared and open to laying ourselves down and ask the question what does God want me to do. We make ourselves available to God, we need to pray to God to fill us with his spirit, to give us boldness in both speaking and demonstrating our faith. " 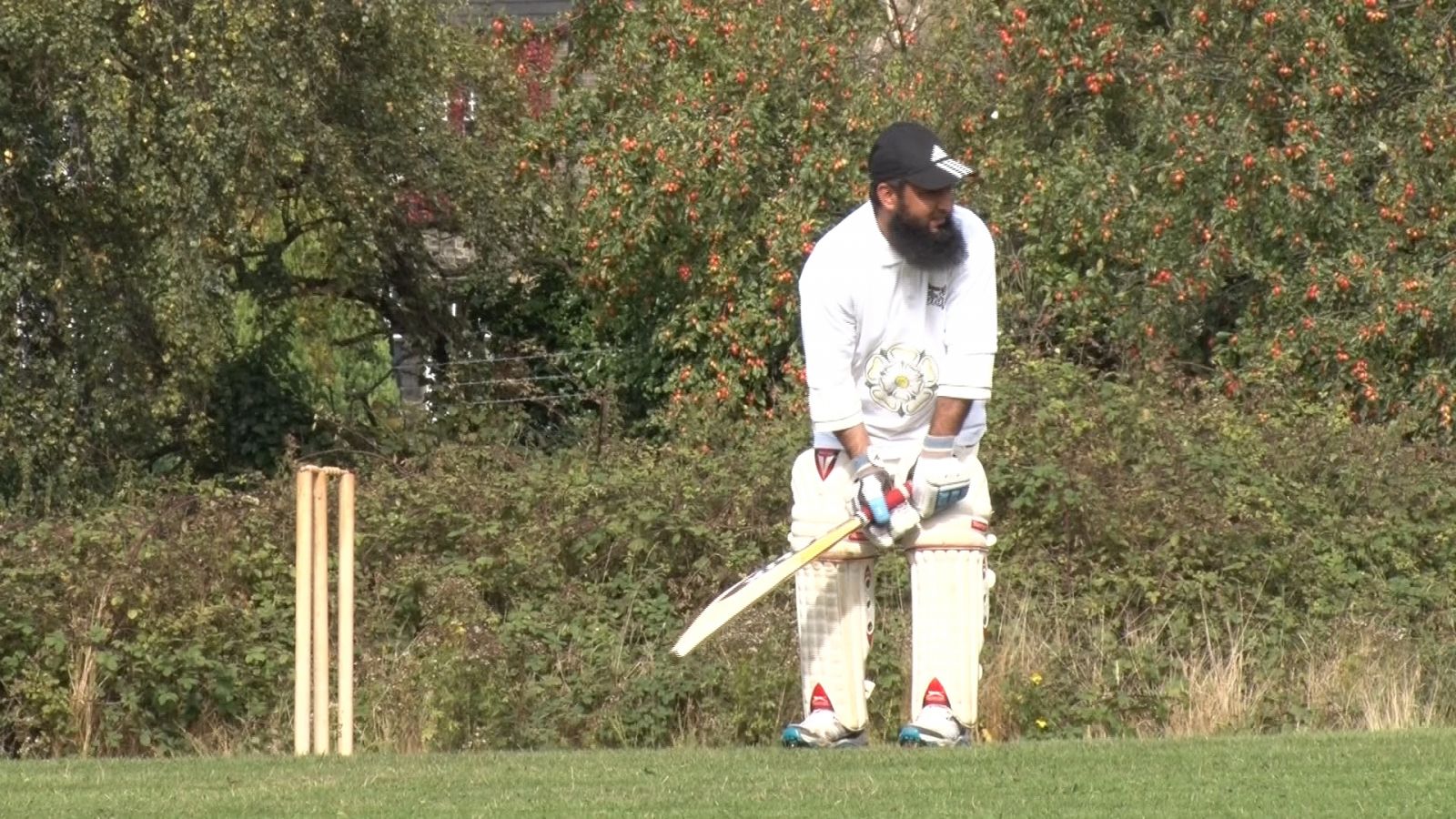 Brunel James, vicar of Cleckheaton spoke on behalf of the north Kirklees communities about using sport to build bridges between the faiths with a variety of different events including cricket matches, soccer, and other sport day events.

He said there was a lot of anxiety locally about interfaith relations. The murder of their MP, Batley and Spen MP, Jo Cox last June touched everyone deeply.

“Jo Cox had a really positive vision of the future – she was killed by someone who believed the opposite.

“What we trying to do is tell a different story – Jo Cox told us that we had more in common; and we think sport is an answer..

“In the world of cricket we’ve been mixing for years – and that’s the vision we’re trying to share,’ he added.

A short film telling the story of a Yorkshire v Lancashire cricket match with teams made up of Imams and Clergy from We are the Diocese of Leeds film campaign was shown.

The vicar of Mixenden and Illingworth, the Revd Robb Sutherland gave his testimony about estate ministry and said we are living breathing worshipping communities on all our estates.

Robb is part of a diocese-wide network of clergy and lay people who minister on urban estates formed out of a Hope for the Estates initiative launched by the Rt Revd Philip North, the new Bishop elect for Sheffield, a passionate advocate for ministry among the poor.

As the Vicar of Mixenden and Illingworth, Robb is ministering to one of our more deprived areas.

He asked what is the purpose of church that never mentions Jesus and he described an afternoon spent with a bunch of teenagers who had stumbled across a labyrinth he had cut into the grass behind church and thought it was a maze.

“You have got to walk the faith wherever you are,” he added.

The Reading was by the vicar of Sowerby, the Revd Angela Dick; Thanks to Halifax Minster for  hosting, thanks to Robb and Ruth Sutherland for all the technical support; music by Holy Trinity worship band; films by Jane Bower, refreshments served by volunteers from Halifax Minster.