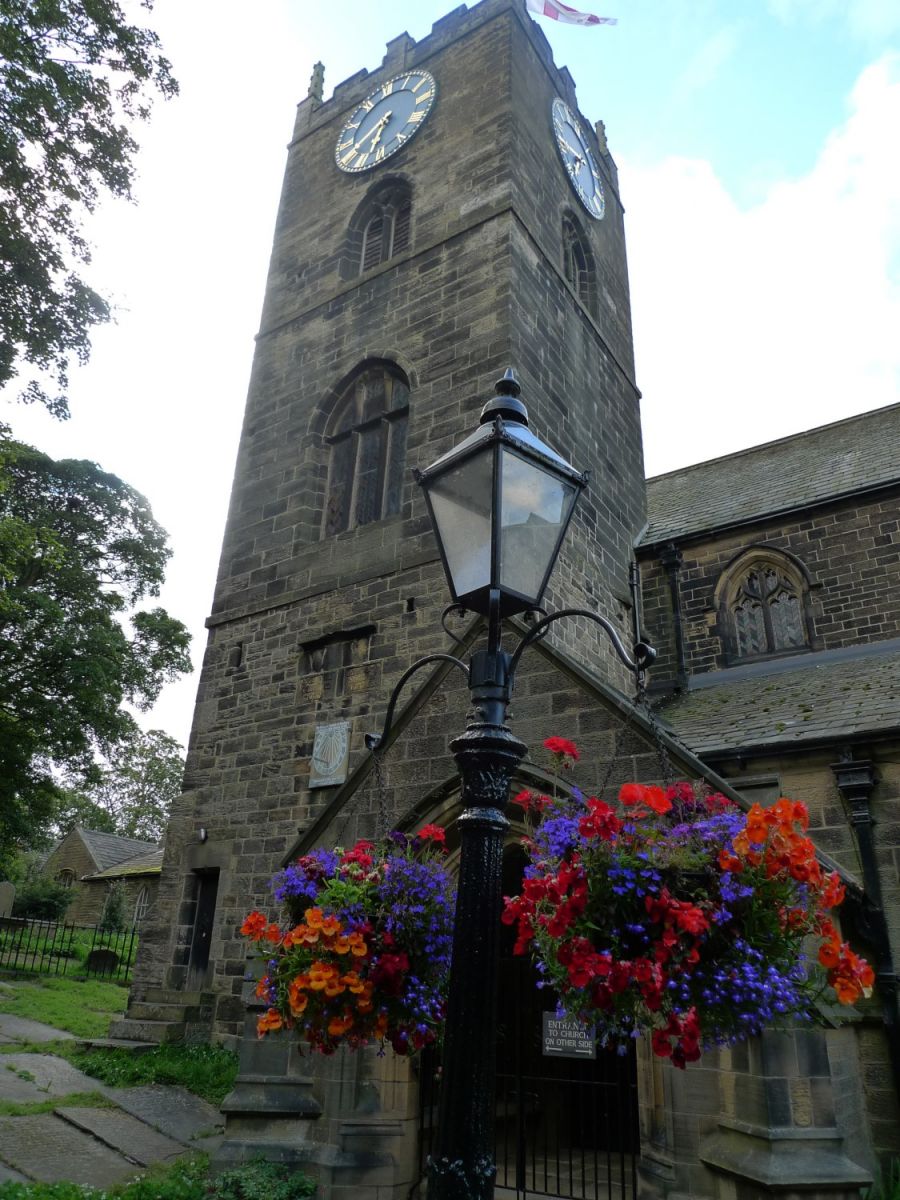 This week the clock at the top of Haworth Parish Church will have keeping time for the village for exactly 150 years.
The clock, which was originally made for Haworth Parish Church by Jonathan Cryer of Bingley, celebrates its landmark birthday on Thursday, October 15 and the Church will mark the clock’s birthday as part of its service on Sunday, October 18.
To mark the occasion the clock has been set to chime 150 times in succession at 4.00pm to celebrate its anniversary.
The Rector of Haworth Parish Church, the Rev. Peter Mullins said: “The chimes are the heartbeat of Haworth, I was told.
“I’ve hardly had a word of complaint about the things Covid has prevented us doing, other than when there was a period when the clock could not be wound and the chimes stopped!”
When the clock was placed in the Church tower in 1870, the church building had to be specially adapted to accommodate it.
The clock’s four eight-foot diameter dials were just too large for the space left by its predecessor so the tower walls and roof had to be raised. It cost £64 to undertake the work.
The new clock replaced a 200-year old version that had become ‘time-worn’, and the funds for the new clock were raised by a public subscription that took a year to complete.
Noted Worth Valley mill-owner George Merrall was tasked with setting the new clock that had cost £260 in motion at 4.00pm on 15th October 1870.
And, bar several enforced periods when the clock has stopped while work was undertaken within the Church, it has been keeping time for Haworth ever since.
For many years the clock has been in the tender care of the Church horologist, Jens Hislop, a member of Haworth Band.
Jens said: “It’s a wonderful piece of Victorian machinery and still keeps perfect time.
“It’s a big effort to wind the clock up but I shall continue to undertake that task so long as I’m physically able to do so.”
To ensure that Jens’ knowledge is passed on to succeeding generations, he has written a combined operating manual and history of the clock while the Church has agreed with Jens that, once the COVID-19 pandemic allows, he will undertake a training course with several people from the village who have volunteered to wind the clock and its chimes in the future.