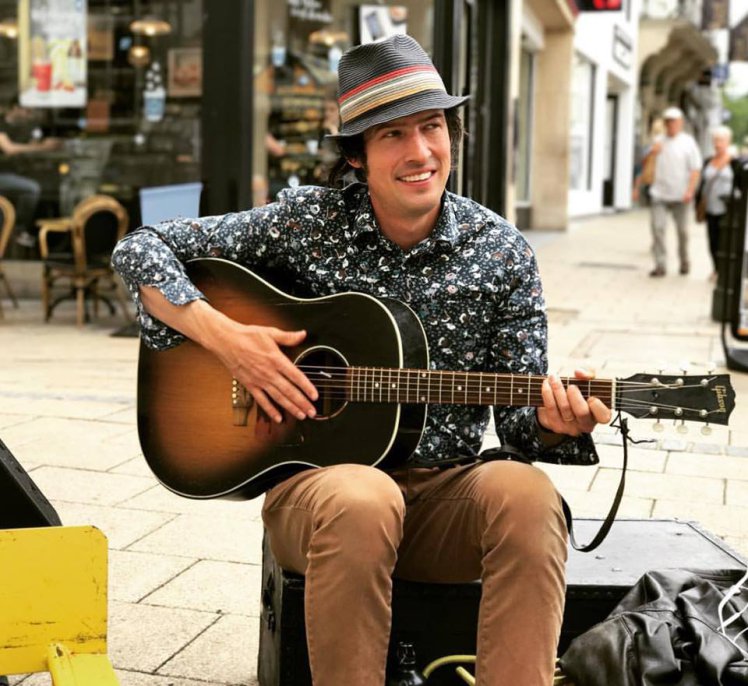 Hundreds of  mourners filled Leeds Minster on Friday 20 April for the funeral of street musician and activist Jonny Walker.

Fellow buskers, friends and those who knew him from his appearances across the country travelled to the 1400 seater Minster to say farewell to the 37 year old campaigner and singer who died suddenly in March.

Jonny was one of three children born to Michelle and Revd John Walker, the former Vicar of Calverley, and now an Associate Priest at St George’s church, Leeds.

Many of those attending the service had followed the invitation instructions for dress code, ”the more colour the better”, with many hats being worn, one of Jonny's trademarks..

The service, which lasted two and three quarter hours, included songs from fellow musicians and   tributes from many figures from the world of music, charity and the church.

The service was streamed live to a world-wide audience on Facebook and was led by the Rector of Leeds Minster, the Revd Canon Sam Corley and the blessing was given by the Bishop of Kirkstall, Rt Revd Paul Slater. 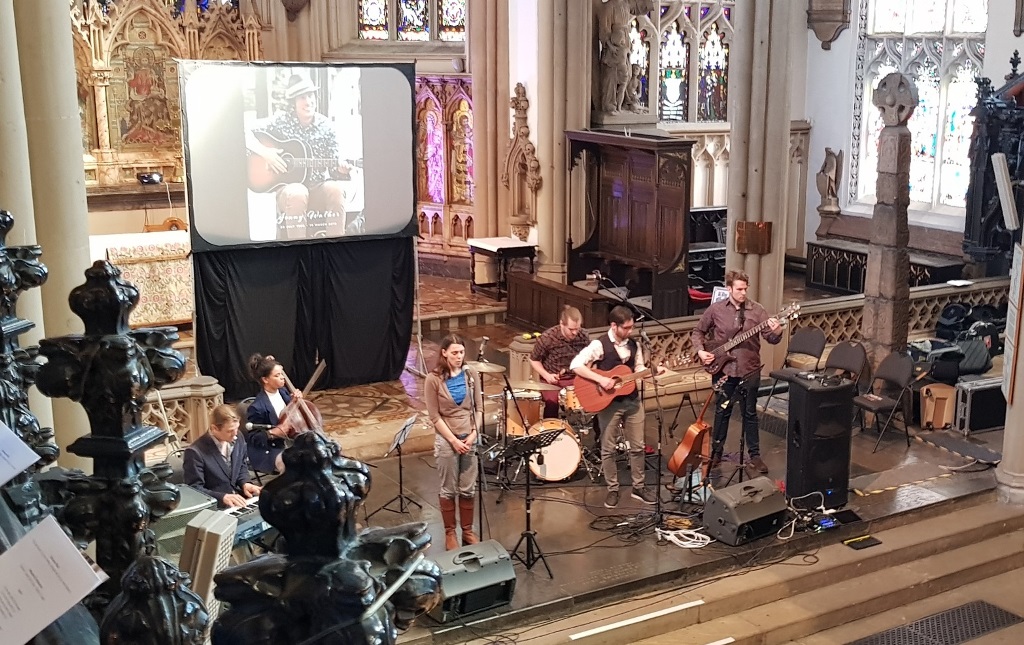 A father-of-two Jonny was often seen performing in Leeds and many other parts of the country – he visited some fifty towns and cities each year.  He campaigned for the rights of street musicians through the Keep Streets Live campaign to protect the rights of buskers

In 2016, Jonny graduated from the Open University with a first-class honours distinction in humanities and religious studies.

He died on  14th March after spending three days in the critical care unit of Leeds General Infirmary.  Tributes began pouring in after the 37-year-old's death was announced and dozens of buskers performed at an all-day tribute event in the city centre on March 28.

News of the tragedy sparked thousands of online condolences and tributes from across the world, many from people who had formed friendships with him through casual meetings on 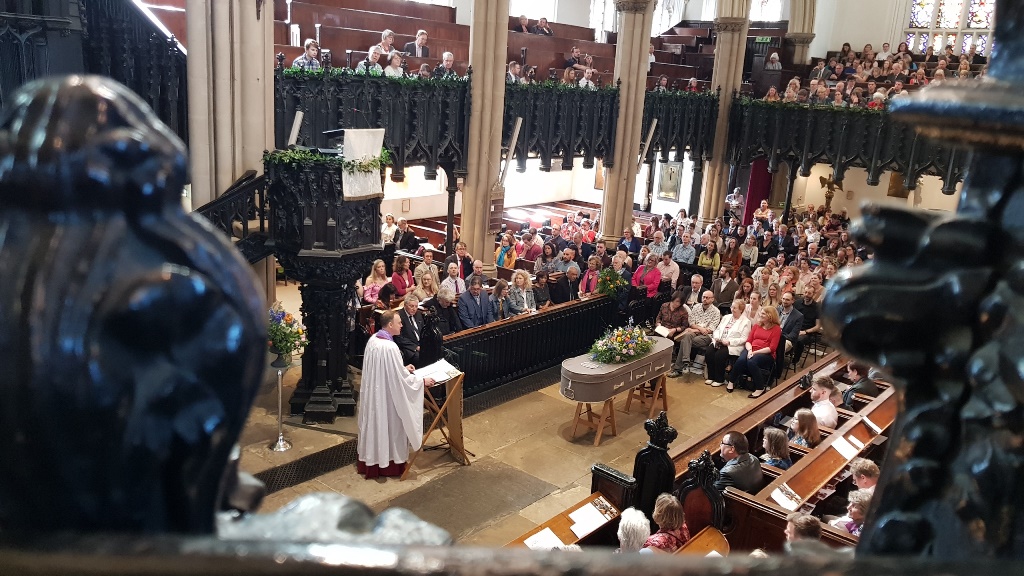 the streets of towns and cities across Britain where he played; others knew him through watching his regular, live-streamed performances which attracted more than 26,000 followers to his Facebook page.

“Jonny was a devoted father, street entertainer, campaigner, professional musician and activist,” wrote the family. “He brought hope for the sick, the lost, the vulnerable and the lonely. Jonny touched the lives of thousands across the world with his music, compassion and kind spirit.

“Our family would like to express our deepest thanks for the thousands of messages, donations and expressions of love and support we have received in the days following Jonny's death.

“We are also sincerely grateful for the sensitivity of all those who loved Jonny and have respected our wishes in allowing us time to process the news and grieve for him.

“As a family we want to respect Jonny’s privacy by not disclosing every detail of the circumstances leading to his death, although those close to him know the difficult period Jonny had been through and how proud we were of him despite all he had faced. Thank you once again for your continued love and support. With love, John (Dad) Michele (Mum) Michael (Brother) Sarah (Sister)". 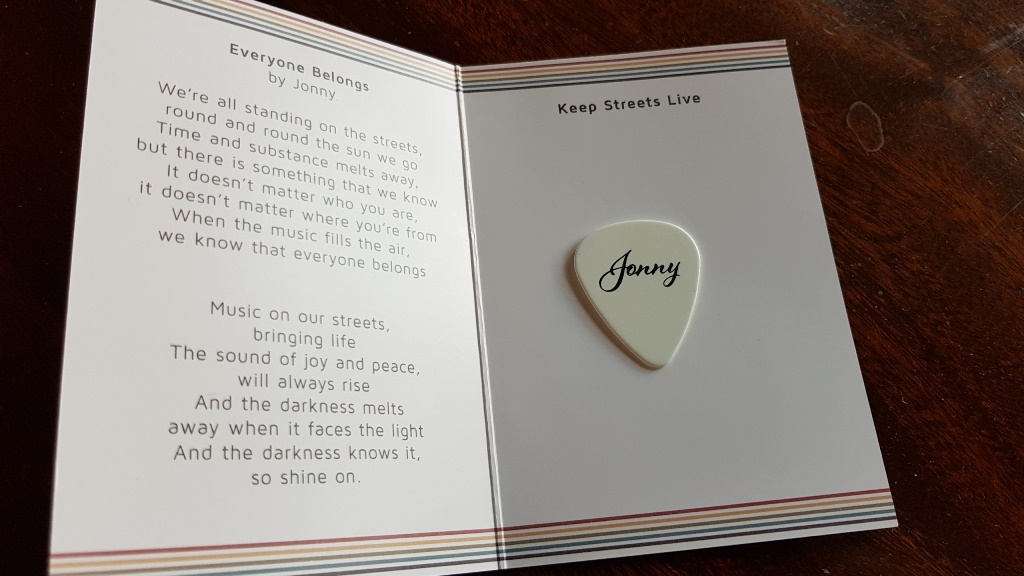 As mourners left the Minster service each was given a card with the words of one of Jonny’s own songs, Everyone Belongs and a white guitar plectrum inscribed with the name ‘Jonny’.