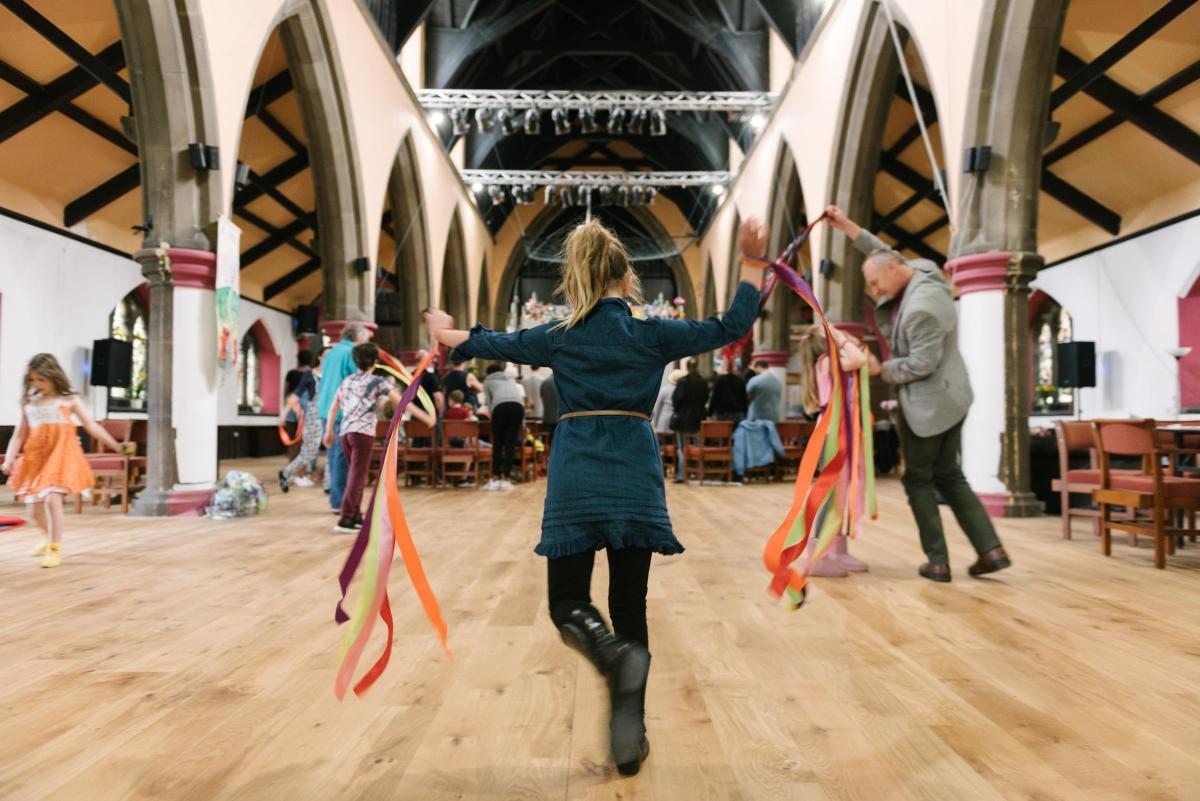 A worshipper’s photo of her lively and rejuvenated church is a regional winner in a national photography competition.

The image, by church member Hannah Owens, was taken last July and shows families dancing at the reopening of St Stephen's, in West Bowling, Bradford.

The photo has now been named as the North East winner of Ecclesiastical Insurance's Parish Pixels competition.

Reverend Canon Jimmy Hinton said: "The church was scheduled for demolition, but it was kept open, and is now thriving, with refugee groups, a job club, drop-in support groups, a children’s clothes bank, and much, much more.

"We’re in an area of high deprivation, where people can live quite messy, chaotic lives.

"In the same way that Genesis describes God creating beauty out of chaos, we believe that it is possible to turn chaos into something beautiful, through God."

The church also received a prize of £1,500 for winning the regional award, and it could go one step further if the photo is named the national winner later this year.

That would be worth an extra £5,000 and would go someway to repaying the £60,000 invested by the church on improvements when it reopened.

This included a new heating system and new flooring, which meant previously cold church can now be used every day of the week, all year round.

Speaking to the Bradford Telegraph and Argus, Revd Jimmy said: "£60,000 is a huge amount of money here, and it was a true community effort.

"Most of the people in the area are from a Pakistani-Muslim background, but everyone got involved – for instance, the local exercise group, which is predominantly Asian ladies, did a sponsored 24 hour exercise to raise funds – and everyone calls it 'our church'.

"I was surprised and overjoyed that we won – the prize will come in very handy indeed – and I think it's a lovely photograph.

"It’s authentic and candid – it shows our family, and reflects the joy of discovering the love and grace of God."

Ecclesiastical and church representatives will then select an overall winner of the £5,000 prize, to be announced in October 2020.

To vote for your favourite pic go to: ecclesiastical.com/parishpixels