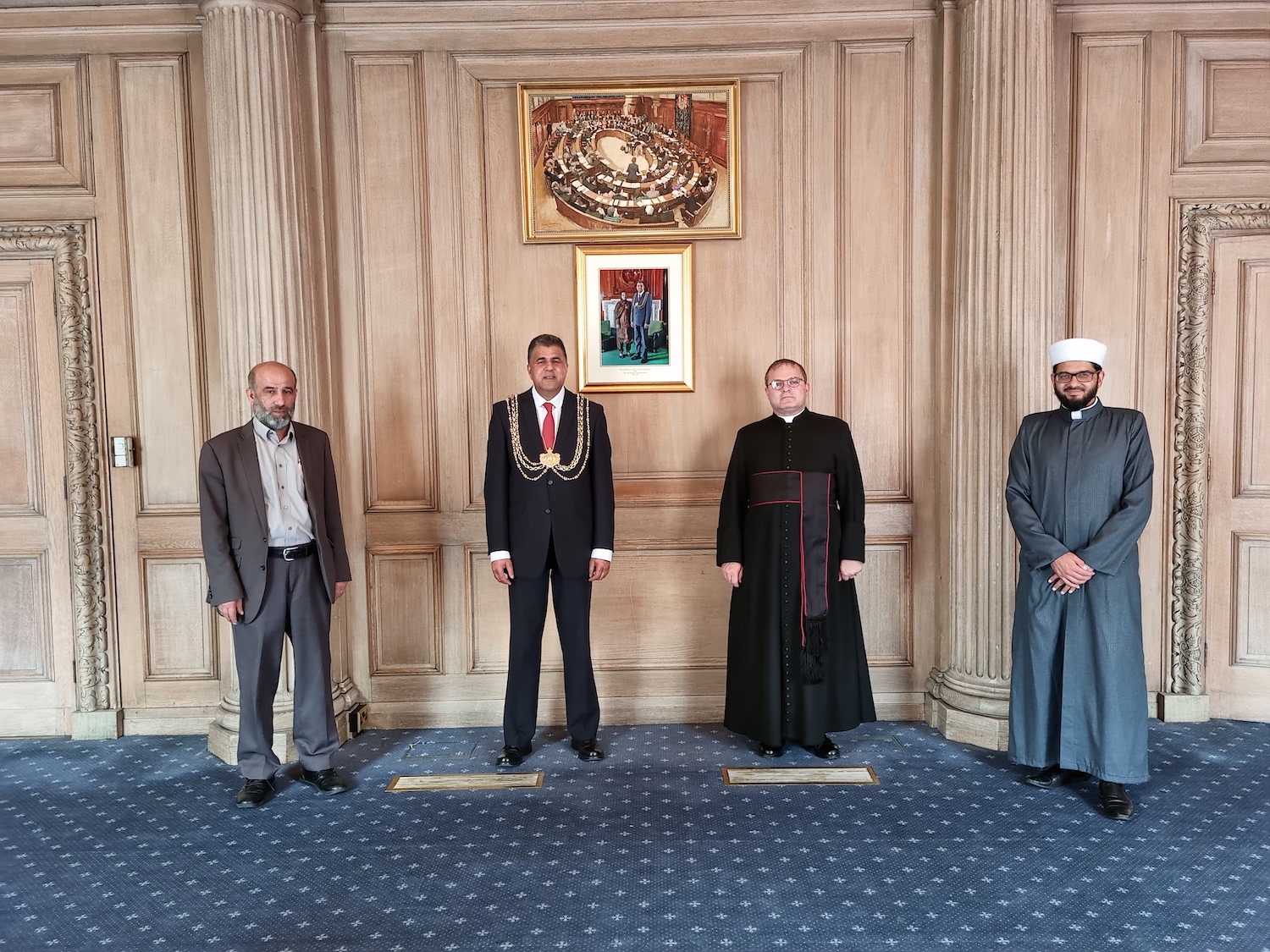 A Leeds parish priest is at the heart of history created by the city's Lord Mayor, who has chosen multiple chaplains from different faiths for his year of office, in acknowledgement of the city's diverse communities.

Father Darren Percival, Vicar of Cross Green and Richmond Hill, was invited to take on the role as Anglican Chaplain by Councillor Asghar Khan, who was elected Lord Mayor earlier this year, alongside Imam Omar Sheikh as Muslim Chaplain.

They will act as a focal point for religious groups in the city and as a bridge to its many diverse groups.

Traditionally, the role of chaplain has extended to playing an important role in advising on religious matters and helping to organise civic services.

Both chaplains are respected religious figures in the Burmantofts and Richmond Hill area that Councillor Khan has represented since 2011.

Councillor Khan said: “The role of the Lord Mayor’s Chaplain has a long and storied history in the city, helping to ensure we as first citizens of Leeds represent and speak up for all our diverse communities.

“I am delighted to be working with both Father Darren and Imam Omar Sheikh during my time as Lord Mayor.

“Much loved figures in their communities, I am confident they will help me make the most of my time as the Lord Mayor.”

Imam Omar Sheikh and Fr Darren said: “We are truly honoured to have been selected as the Lord Mayor’s Chaplains.

“After working closely with Councillor Khan in the communities we call home we have seen firsthand his desire to make things better for local people.

“Together, we are confident we can do great work for all our city’s diverse communities and for the Leeds Hospitals Charity, the Lord Mayor’s chosen charity.”