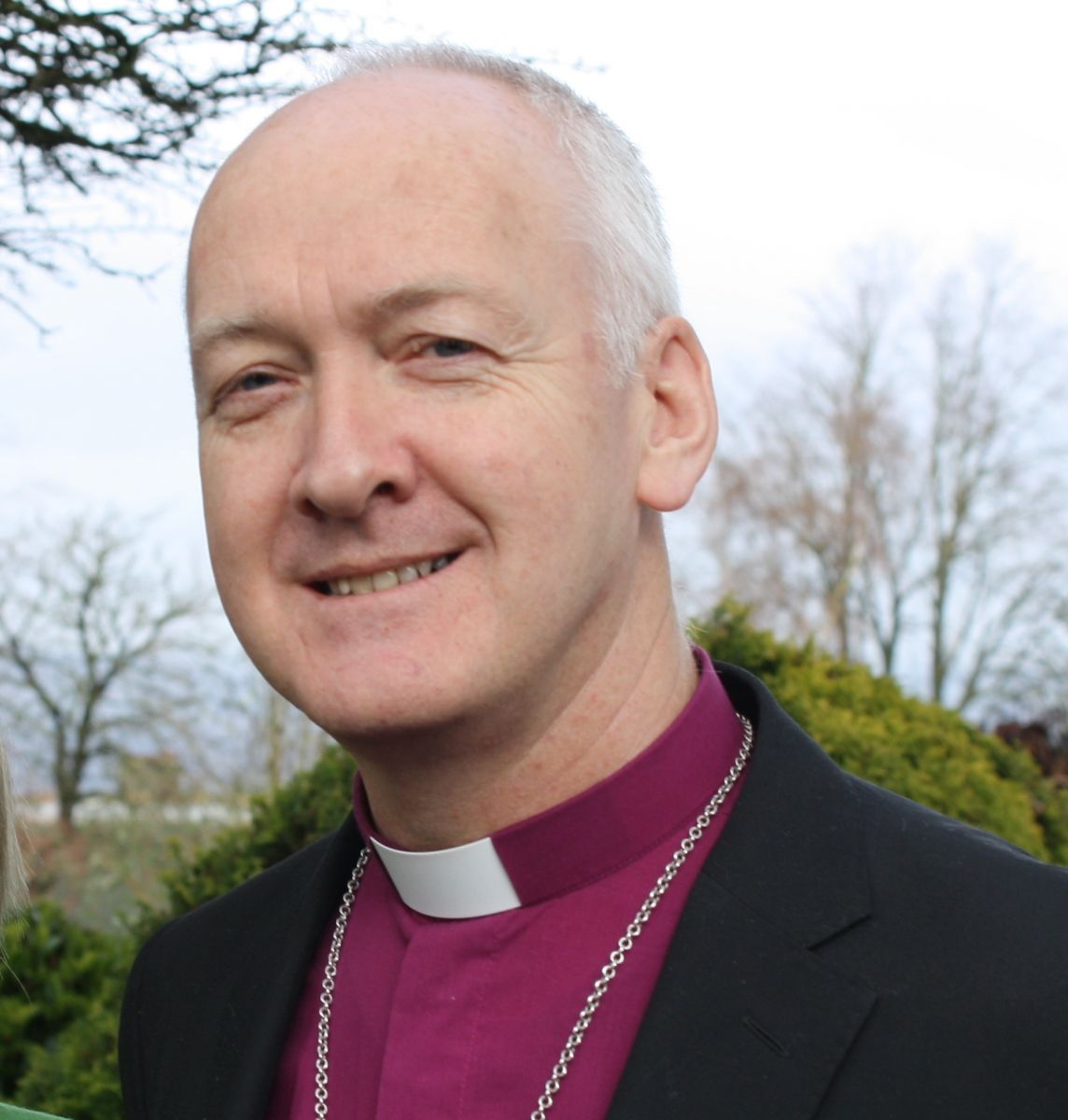 On the National Day of Reflection, we may reflect on the deeper meanings of life, relationships and loss, writes Bishop Nick on the first anniversary of COVID-18 lockdown.

His words printed in full below, carry the message that hope accompanies us into uncertain future, and is supported by a willingness to enter that future without fear:

"The spring flowers are bringing colour to our garden, promising the end of winter and the warming of the weather. That is how I began a piece of writing on 22 March last year. I didn’t ever finish it. The next day saw the first imposition of the first lockdown, the first popular awareness that a pandemic was real, and the beginning of what would turn out to be an annus horribilis for the world.

At the beginning of the pandemic we were told by sombre epidemiologists that a death toll of 20,000 in the UK would be a good outcome, 40,000 a disaster. One year on and we have seen nearly 130,000 deaths. Families have been torn apart; schools, shops, offices, places of worship (at least some of the buildings) and places of public gathering have been closed; businesses have collapsed; the mental health cost looks likely to be high. It has been a terrible year, and there are no ‘sunlit uplands’ to a devastating viral pandemic.

So, is that all we can say on the day the nation pauses to reflect? Well, reflection is good, depending on how we reflect on what. I’ll come back to that in a moment, but, first, a bit of historical context followed by a truism.

The last global pandemic was the Spanish flu that followed on from the destruction of the First World War. But, before then, the Plague, the Black Death and other pandemics devastated Europe over centuries. Huge numbers of people died, unprotected by vaccines or other drugs. The famous example of the Derbyshire village of Eyam in 1665 saw a community isolate itself in order to stop the infection carrying beyond the village - at the self-sacrificial expense of the villagers. Yet, even in that case, the wider community did what they could, leaving food at the margins of the village for those within.

Pandemics are not new. Indeed, it has been number one in the UK government’s risk register for a long time, ahead of terrorism or war. An exercise was run in 2016 precisely in order to prepare for the eventuality (as opposed, obviously, to the likelihood) of such a challenge. But, apart from the lessons to be learned from how societies and governments have tackled such human disasters, there are wider questions to be raised.

We live in a connected and finite material world. The beginning of understanding our humanity is found in coming to terms with our mortality. Every one of us, from being alive, will one day die. There are no exemptions. Normally, we can avoid the questions that mortality throws up (about morality, meaning and so on); but the huge figures and the sheer scale of impact of sickness and death on everyone confronts us today with this reality. It becomes a question of how we live and die, not if or even when.

So, how, in the light of this last year’s experience do we respond? With misery or fatalism? Or with hope and determination?

I am a Christian. Christian hope is rooted not in some formula or bargain that protects me from all ills. Rather, Jesus plunges his followers right into the heart of material life and all it can throw at us. (In a couple of weeks we will contemplate the cross afresh at Easter.) Christian hope is rooted in the person of God who calls his people to get stuck into the world, whatever the cost. Hope - not optimism - draws us into an uncertain future, but with an acceptance of mortality and a willingness to go beyond fear.

During the last year we have discovered what a cleaner environment might look like - although pictures of a Seychelles lagoon purporting to be of Birkenhead as seen from the Himalayas were pushing it a bit. Clapping for carers evoked a recognition of the value of people who commit their life and work, often at great personal cost, to the most vulnerable in our community; and we questioned whether we value them properly. Deprived of wider company, we discovered our need for friendship and love, family  and society. We were confronted with challenges - how to home-school children in a small apartment from which there was no escape, for example - and caught a glimpse of how too many people live with deprivation and hunger.

In other words, we have been called back to asking what really matters in life - whether life and work might be simpler and more humane. We discovered a new generosity to our neighbours and a life of local relationship that overlaid our networks.

Any reflection today should make space for grief and lament, for which we need a vocabulary and rituals. It should make space for the asking of questions of meaning and purpose, both for ourselves as human beings and for us a society. It should leave room not only for a sober judgment on the past or the failings of the present, but also for celebration of what has been gained and commitment to a different way of living and valuing into the future. We have an opportunity to pay renewed attention to love and mercy within an ecology that takes seriously the environment in which we want our children’s children to live in the future.

The future might not be the one we imagined or hoped for. It might even be better than that.

And the truism I promised? To shape a different future we need to learn from the past. And there is a lot to learn.”

A version of this reflection has appeared in today’s Yorkshire Post https://www.yorkshirepost.co.uk/news/opinion/how-to-shape-a-different-future-after-a-year-of-lockdowns-and-loss-bishop-of-leeds-nick-baines-3174775

A video reflection and prayer from Bishop Nick can also be found on YouTube here.