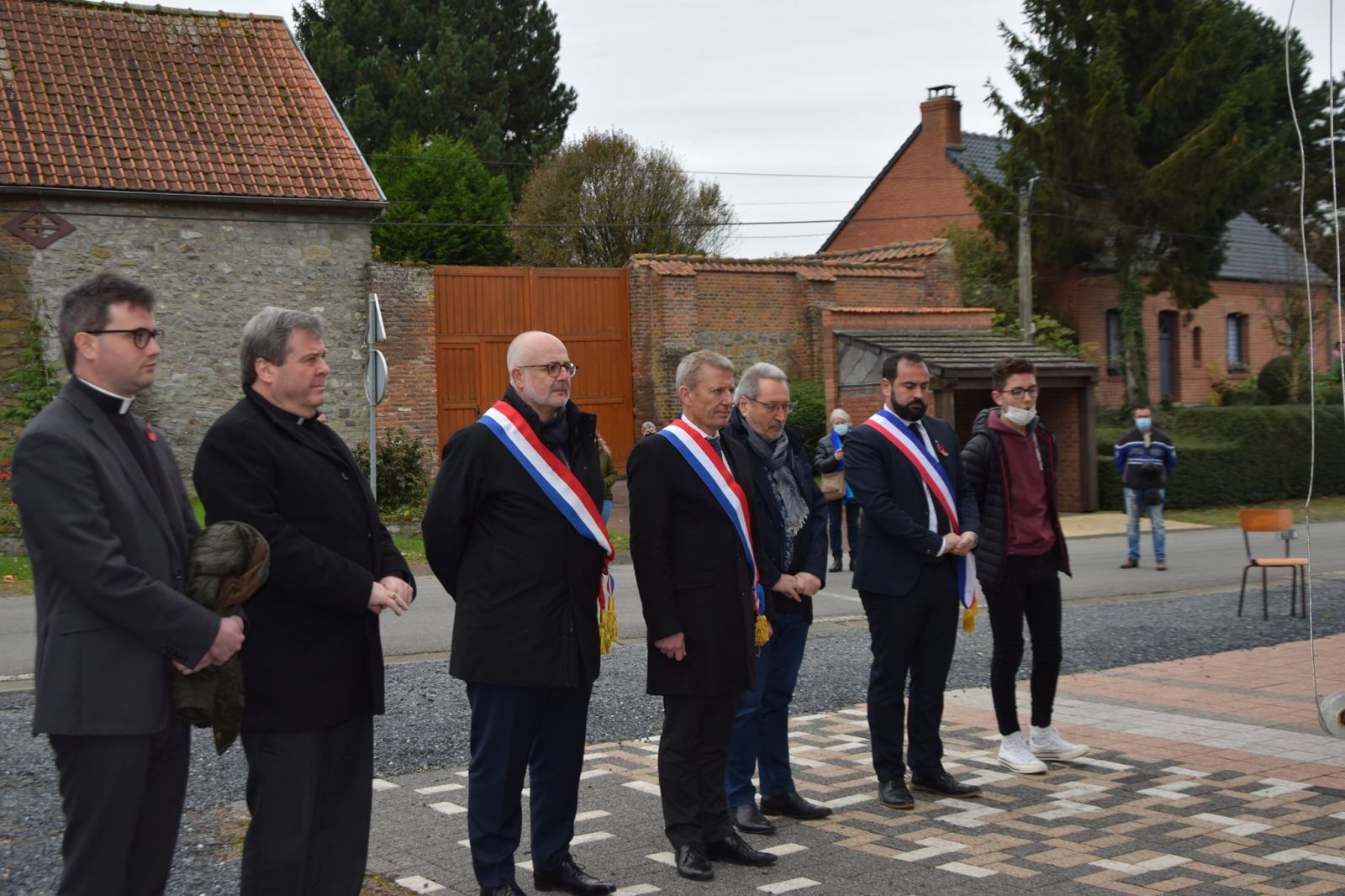 As acts of remembrance for those taken by war are held across our diocese, the Bishop of Wakefield, the Rt Revd Tony Robinson and Fr Jonathan Bish, the parish priest of Outwood in Wakefield, have 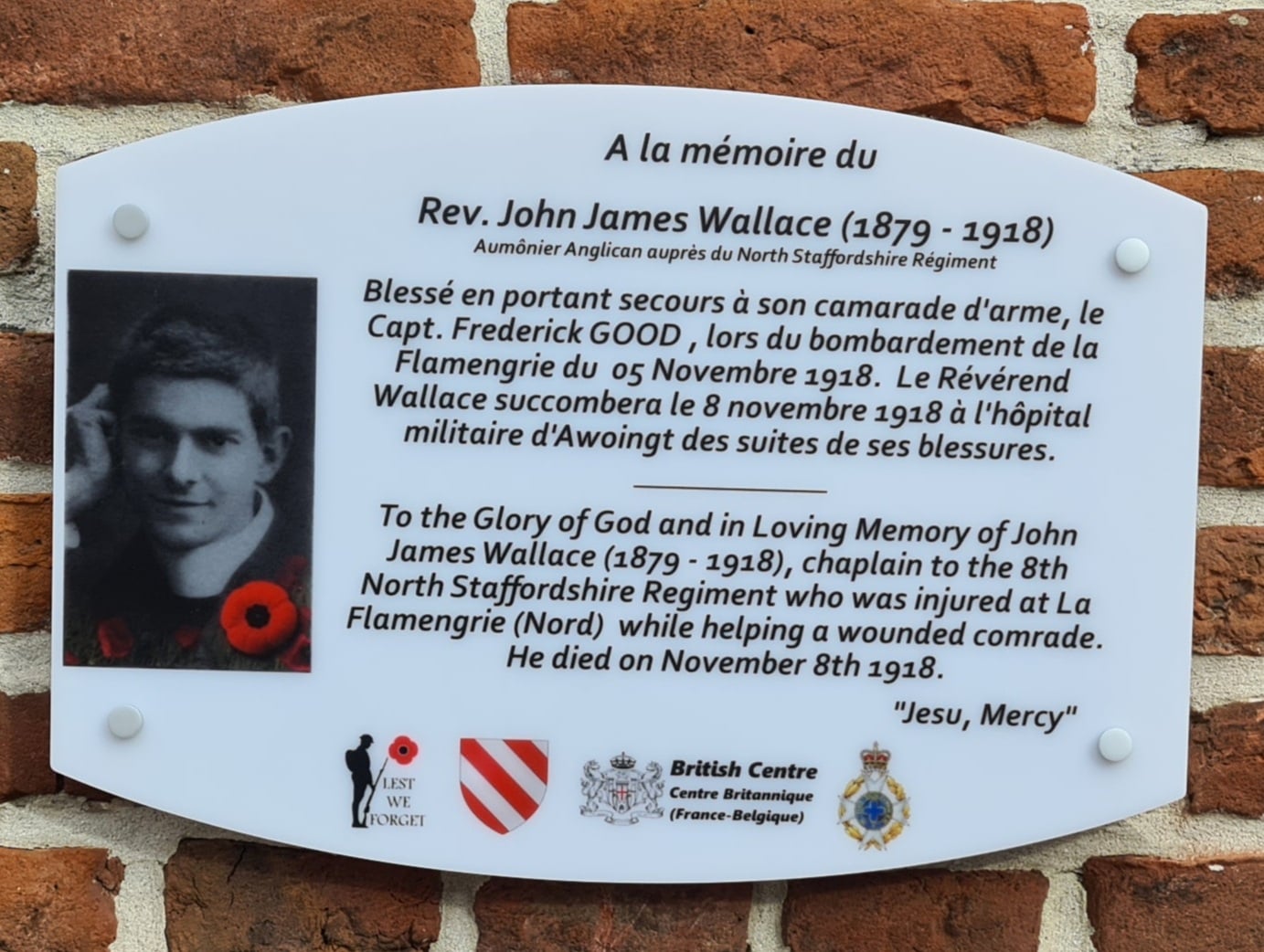 just returned from a special commemoration in France.

They were invited to the unveiling of a plaque in the tiny village of La Flamengrie on the border between France and Belgium, because historians in the village had discovered that Revd John Wallace, a curate at Outwood who enlisted as an army chaplain, died there just three days before the end of First World War.

On November 5, 1918, his battalion was in La Flamengrie, when it came under attack from the Germans.

One of the soldiers was wounded an 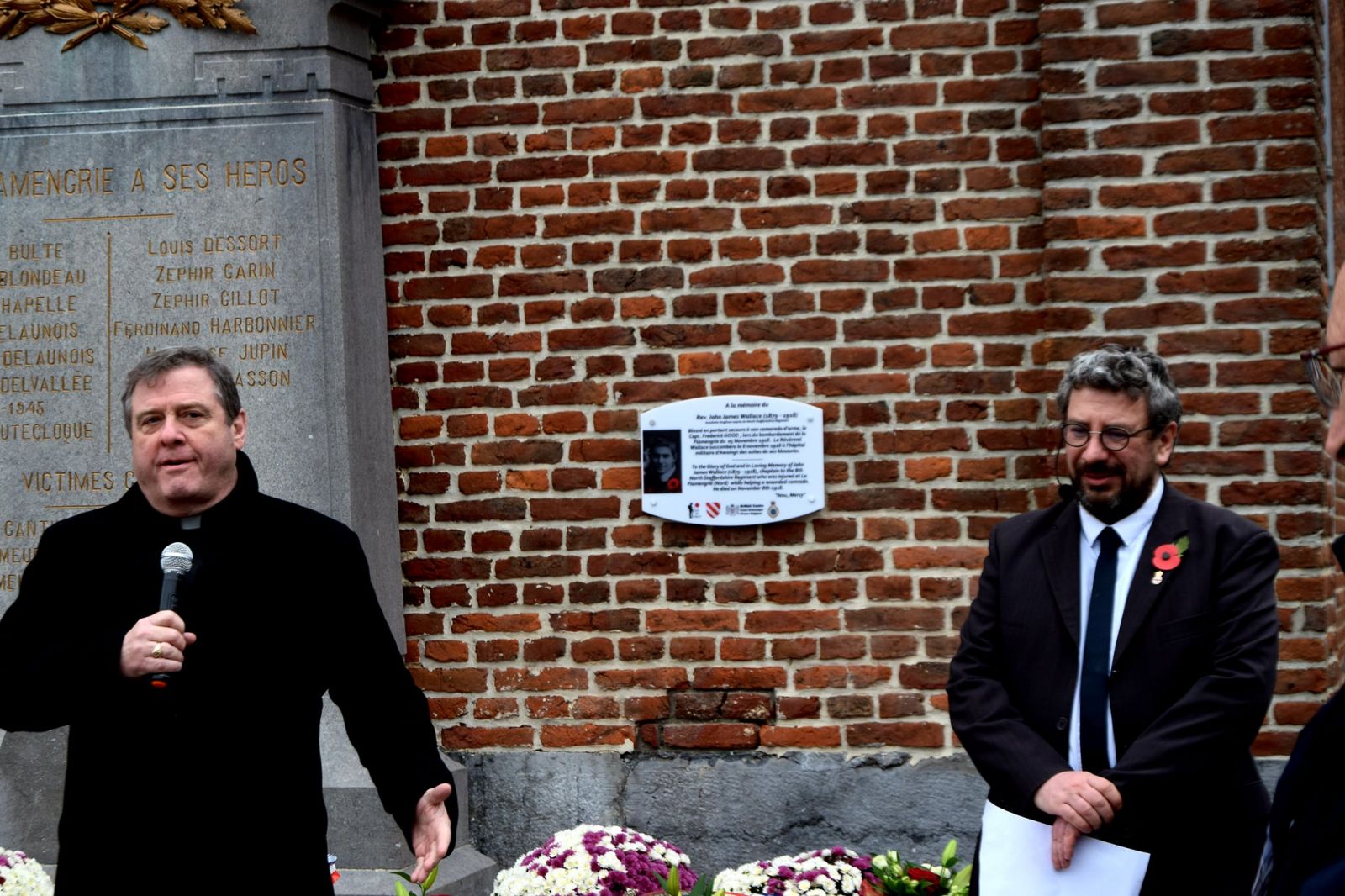 d John Wallace risked his life trying to save him.

Unfortunately, John himself was wounded during the rescue and taken to a nearby hospital, but died on November 8, 1918, three days before the Armistice was signed.

Bishop Tony and Fr Jonathan were joined by the local Senator, MP, Chief of Police and local Mayor along with some fifty members of the local community for a talk about the events surrounding those tragic days and the death of John Wallace.

A specially recorded message from the Archbishop of York, Stephen Cottrell was relayed to the audience as part of the event. It can be viewed here.

“It was a deeply moving experience to witness this recognition of John Wallace’s selfless act of courage and also to note the tragedy of war,” Bishop Tony said.

A short clip from the unveiling can also be watched below.