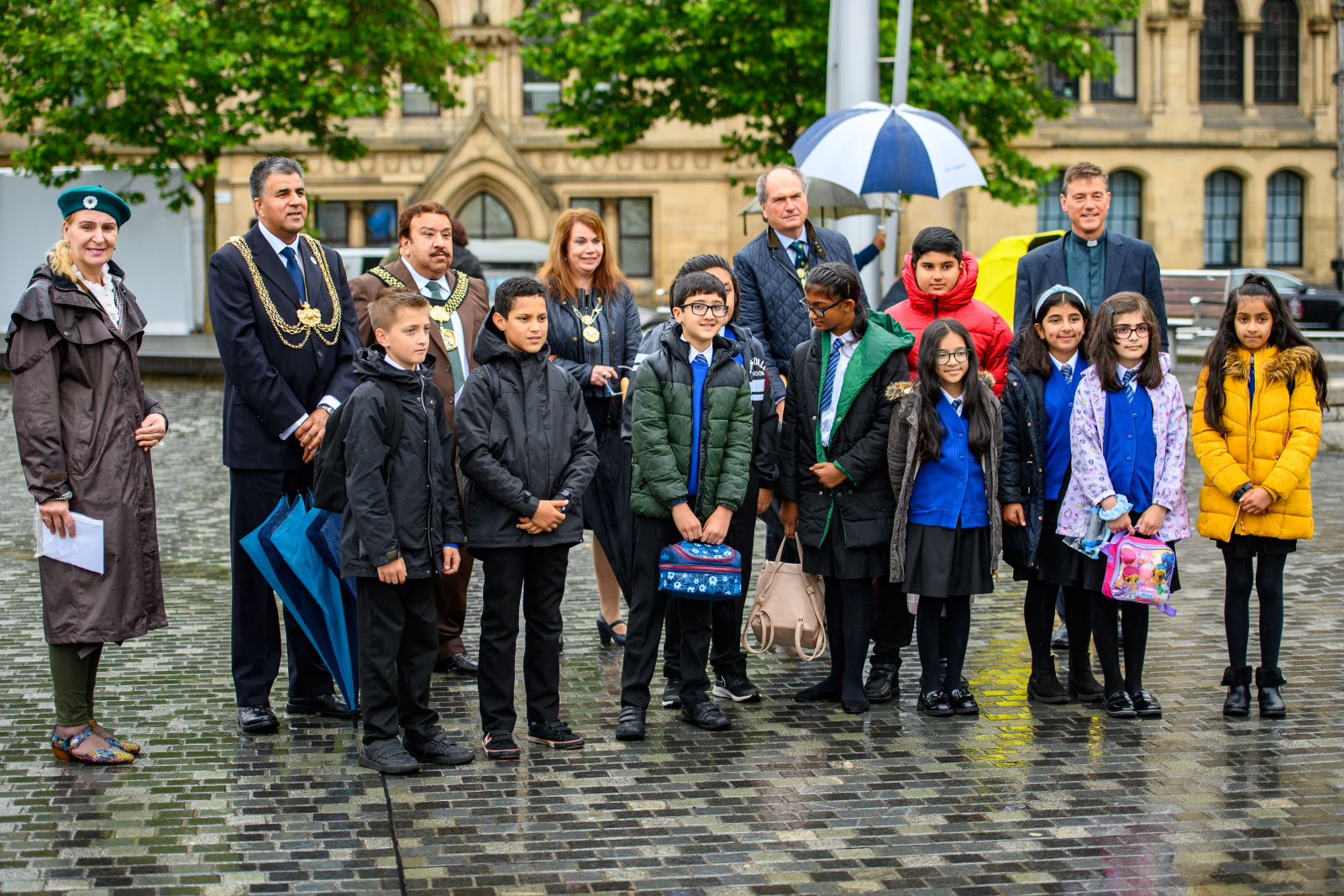 On July 12 people from across West Yorkshire gathered in Bradford to remember those killed in the Srebrenica massacre, as part of the Balkans conflicts in the 1990s.

The Revd John Bavington, Area Dean of Inner Bradford, attended to represent the diocese, and offers the below reflection on the day and his experience.

“In July 1995 Bosnian Serb forces captured the town of Srebrenica, in the easternmost part of Bosnia-Herzegovina.

“What followed was a massacre of about 8,000 men and boys, accompanied by terrible atrocities of rape and murder.

“The victims were Muslims, and it was the worst atrocity on European soil since the second world war.

“Monday July 12 is Srebrenica Memorial Day, and a memorial event was planned for City Park in Bradford, organised by six million+ from Huddersfield.

“The event opened with words from various mayors and council leaders from across West Yorkshire.

“This was followed by a piece from a Bosnian poet and short messages from various schools and community groups who had grown white flowers in planters – an important symbol of Srebrenica is a white and green crocheted flower. 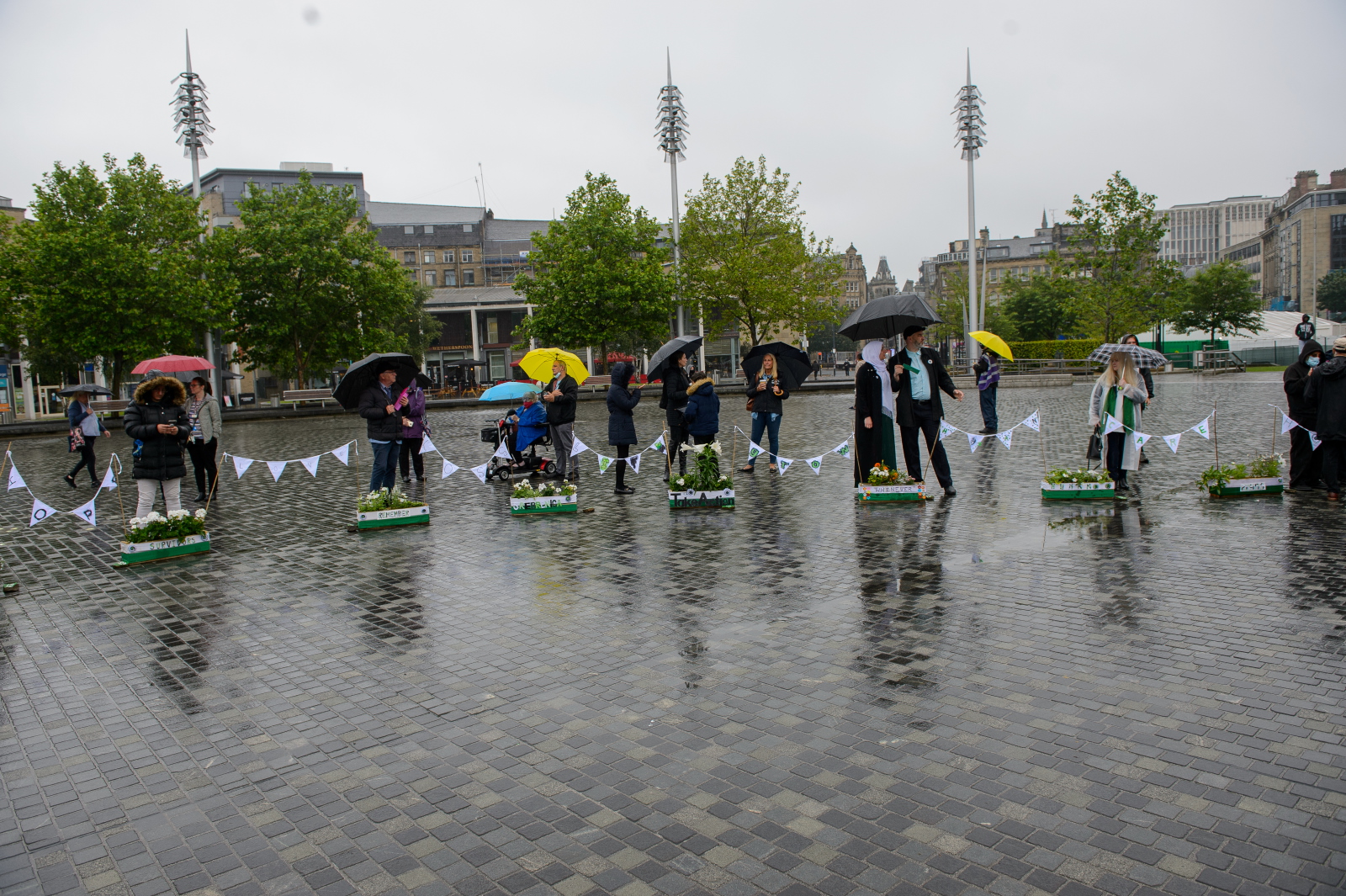 “I was surprised to find myself quite moved at the presence of a larger than human puppet figure of an elderly woman who made her weeping way around the gathered participants as though thanking them for their contribution.

“It was my privilege to attend as Area Dean of Inner Bradford, and to participate in reading a few lines of a poem alongside other community leaders, and to lay a flower of commemoration.

“At the end of the event there was Bosnian coffee to enjoy.

“I find it easy to forget how much human energy and resource over the years has been devoted to war and killing.

“As I stood in the weeping rain on the 12th, I thought of all those who have died, and are dying in conflicts across the world, and I prayed for peace with a fresh passion.

“And I realised that I was praying to the one who himself was killed unjustly, yet whose resurrection offers the true hope of the world.”