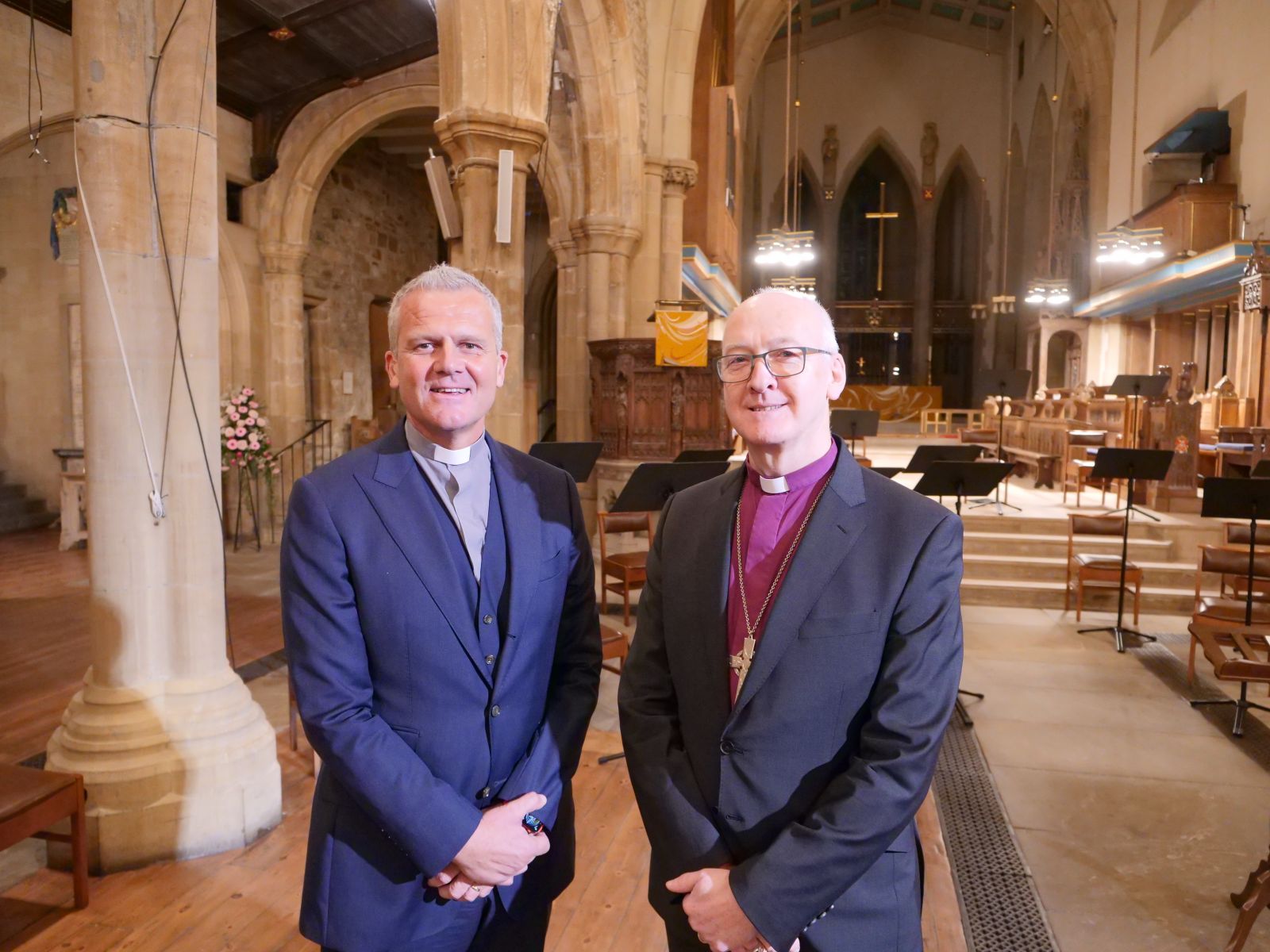 The new incoming Dean of Bradford, the Revd Andy Bowerman, has been introduced to figures from across the city and beyond at an informal meet and greet at the Cathedral.

Revd Andy was welcomed by the Bishop of Leeds, the Rt Revd Nick Baines, at an event attended by the Lord Lieutenant of West Yorkshire, Ed Anderson; the Lord Mayor of Bradford, Shabir Hussain; leaders from various faith groups from across the city, and more.

The Deans of Ripon and Wakefield, the Very Revds John Dobson and Simon Cowling, also attended, as did the Bishops of Bradford and Huddersfield, the Rt Revds Toby Howarth and Jonathan Gibbs.

The event was an opportunity for Revd Andy to introduce himself to the city and beyond, and share his vision for the Cathedral’s ministry, before his formal installation later this year. 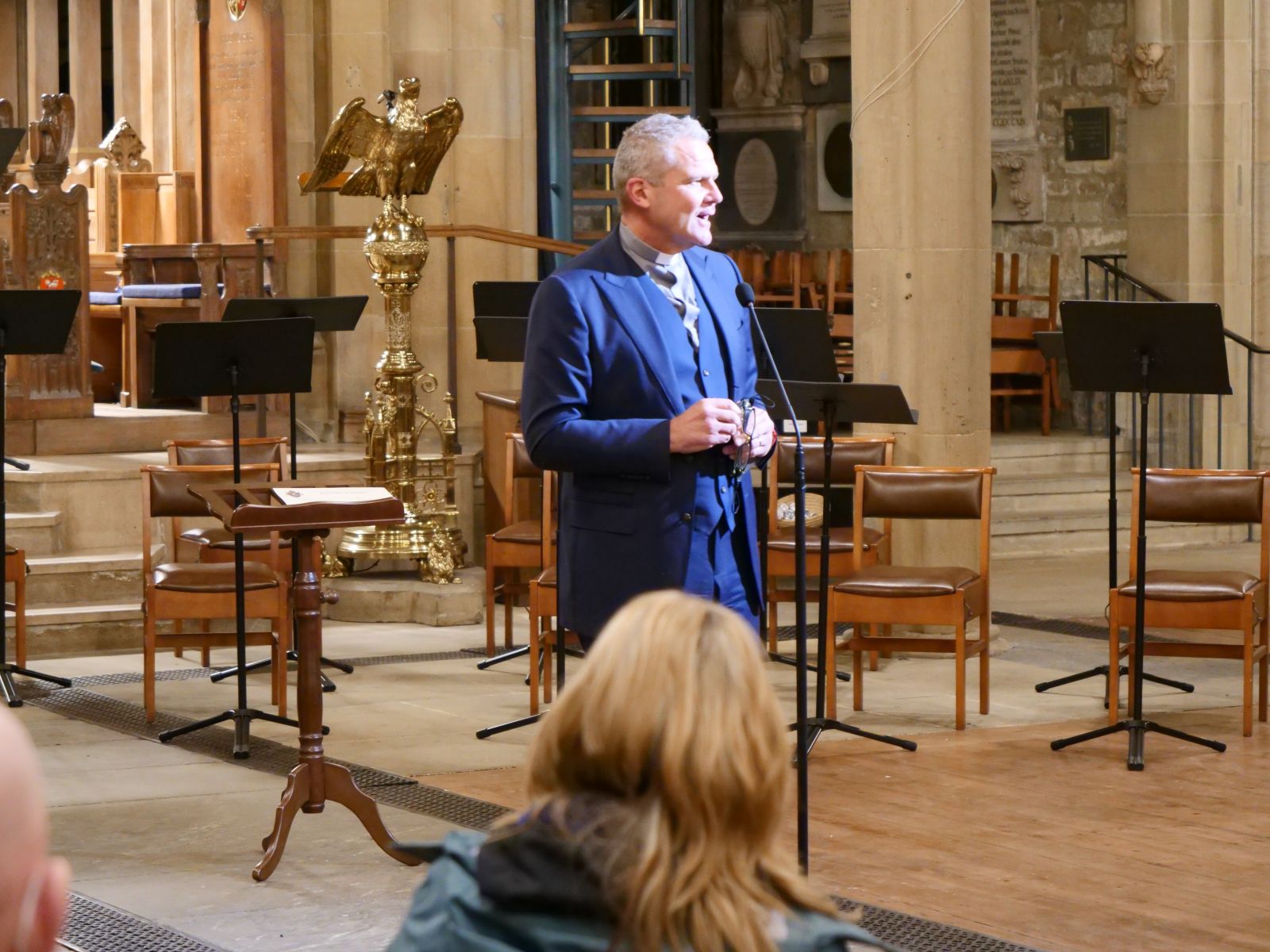 Revd Andy said: “When we first heard that we were being invited back to Bradford, we were so humbled and yet so excited.

“This was the Cathedral I was ordained in in 2001, and so to be returning 21 years later fills us with a sense of wonder at all that might be possible in and through God as we return.

“The city itself has continued to grow and to flourish, with all sorts on new exciting things going on, and yet still at its heart it’s a place of welcome, a place where hospitality is central, and where this wonderful diverse and dynamic community gather together to try and ensure that all people in the city can flourish.” 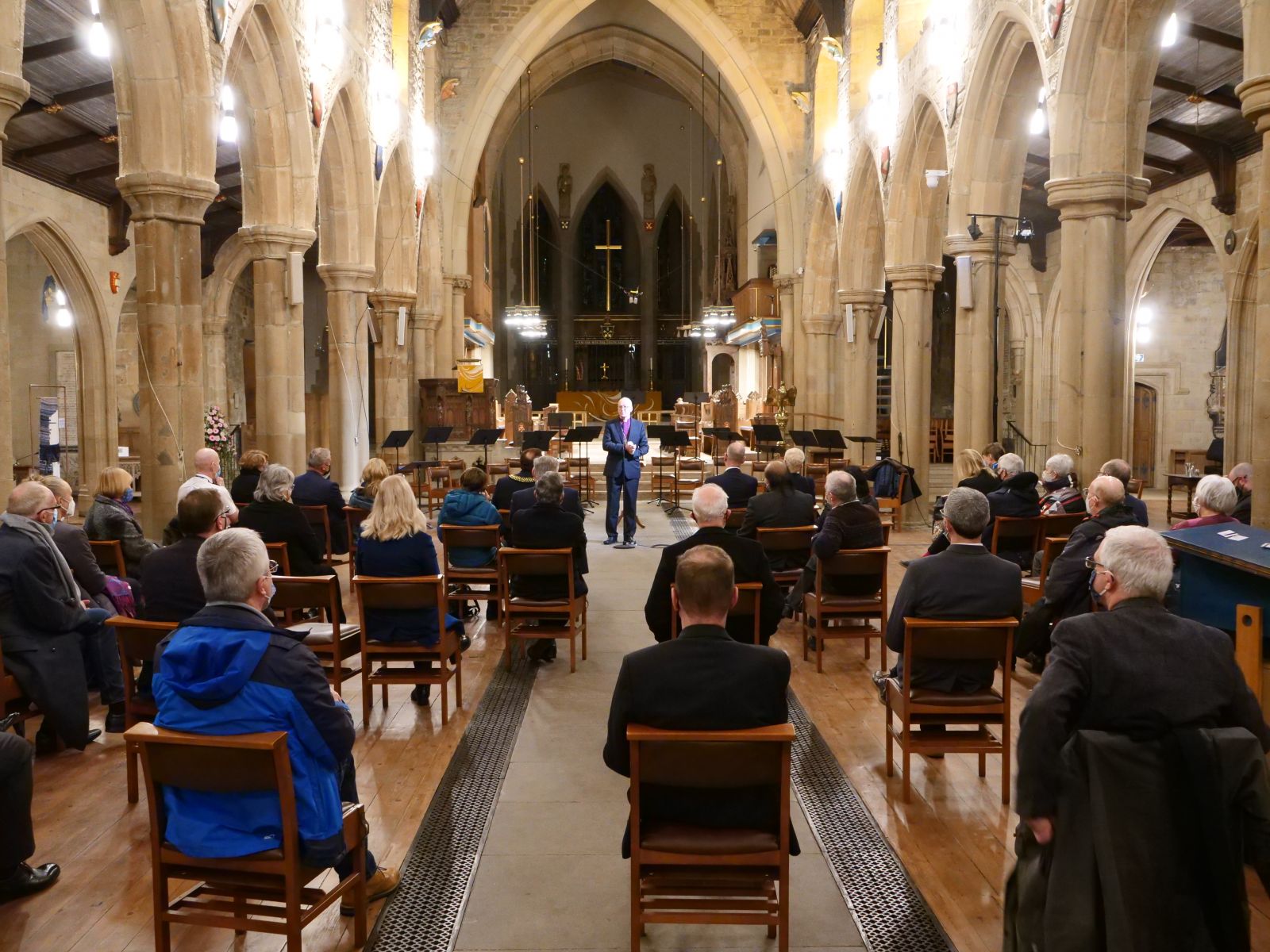 Revd Andy is returning to the city from Dubai, where he leads the Dubai-based Mission to Seafarers team, offering help and welfare to people in ports across three continents from Egypt to India.

Revd Andy began ministry as a curate at St Augustine’s, Undercliffe, also serving as Bradford City FC’s chaplain from 2004 to 2009, and once ran the popular Vicar’s Café Bistro in Saltaire.

We will formally welcome him to the diocese at his installation in June 2022.