Our Archbishop of York young leaders speak of their experience 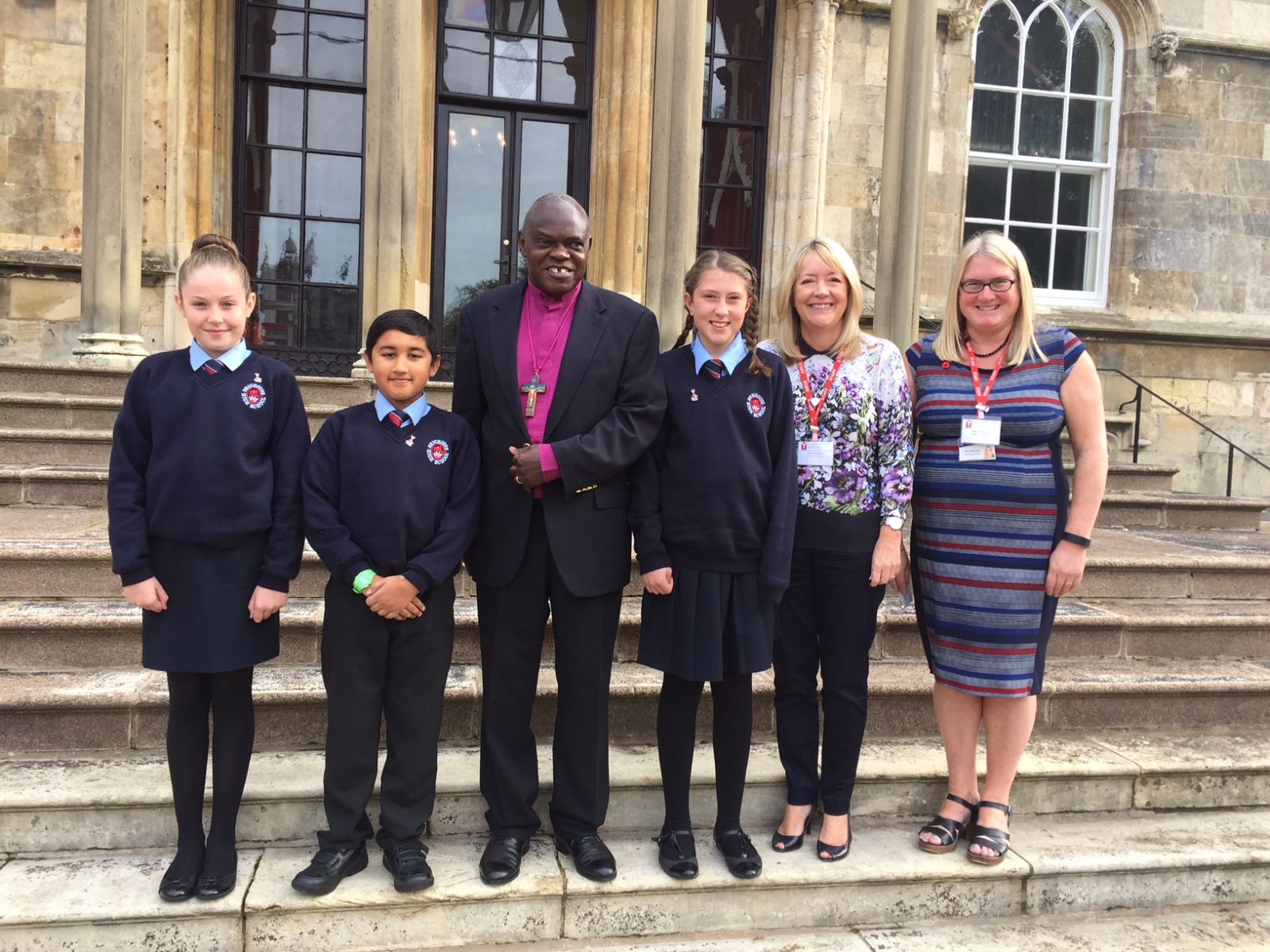 Three of our former church school pupils were given time off from their new secondary school to speak about their experience on the Archbishop of York’s Young Leaders Award to head teachers and other teachers across the region.

The three former Year 6 pupils from Clifton St John’s CE Primary Academy, Isabelle Frearson, Kiran Chhina and Ellie Watkins, pictured here with the Archbishop, are all now in their first year at Brighouse High School and came to explain what they had done to earn the award in an extra curricular after school club run at St John's by teachers, Mrs Kath Gregson and Mrs Sharon Hitchcock, also pictured here.

They explained how they had first gone out into their local community to find out more about it and discover what was the need, and soon realised how some people were better off than others. This led them to volunteer with the local homeless group, BASH (Brighouse and Surrounding Area Homeless) and the Forget-me-Not Children’s Hospice. They began to develop their leadership skills and campaigned for donations. The children also took part in their own personal challenges including a colour run, and abseiling down the Cow and Calf Rocks in Ilkley.

St John's Principal Helen Lever said: "The children were very nervous, but did brilliantly and received excellent feedback. They really enjoyed meeting the Archbishop of York and having a guided tour of the palace – especially hearing some of the gory stories relating to the demises of earlier Archbishops of York!

"It was a real honour and privilege to be invited to take part in the conference," she added.

Richard Noake, our Diocesan Director of Education, said: “The Archbishop of York’s Young Leader’s Award is probably the best programme I know of for delivering that area of the curriculum that we might call Character Education. It’s a programme that all schools can use – both Church and non-Church as it doesn’t presume a particular school philosophy or ethos. It opens children up to the world of active citizenship, to team-work, collaborative decision making, leadership skills and community action. I’ve seen the programme in operation over a number of years and I know the extent to which this really does challenge and change not only the lives of individual school children but whole school communities too.”