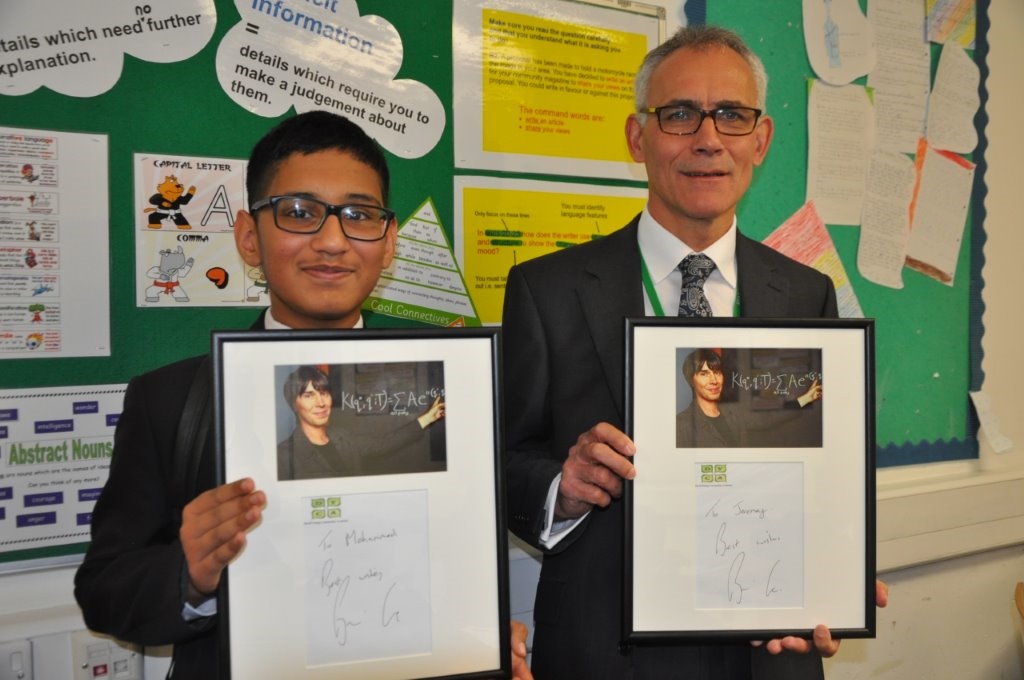 After a conversation with Professor Brian Cox at the recent clergy conference, the Chaplain at the David Young Academy in Seacroft came back to the school with some personalised messages from the celebrity Astrophysicist.

Father James Milnes says, “Brian Cox was really encouraging about the Church's work in schools because he is passionate about investing in young people, and he was interested in my role as chaplain at DYCA.

“He also works to promotes science in an underprivileged school in Tower Hamlets. So when I told him about DYCA’s promotion of science, and about our Year 7 pupil, Mohammed Azair, who’s been inspired by Professor Cox to study the planets and ask probing questions, he  wrote two personalised messages of best wishes to both Mohammed and the Principal Jeremy Richardson (left)

“We presented them in school, and, naturally, Mohammed soon asked what the equation in the photograph related to. It is of course Feynman’s Path Integral Formula: K (q’’,q’,T) =∑ paths Ae ‘s (q”,q’,T)/h”.