'Raring to go', eighteen men and women are ordained as deacons 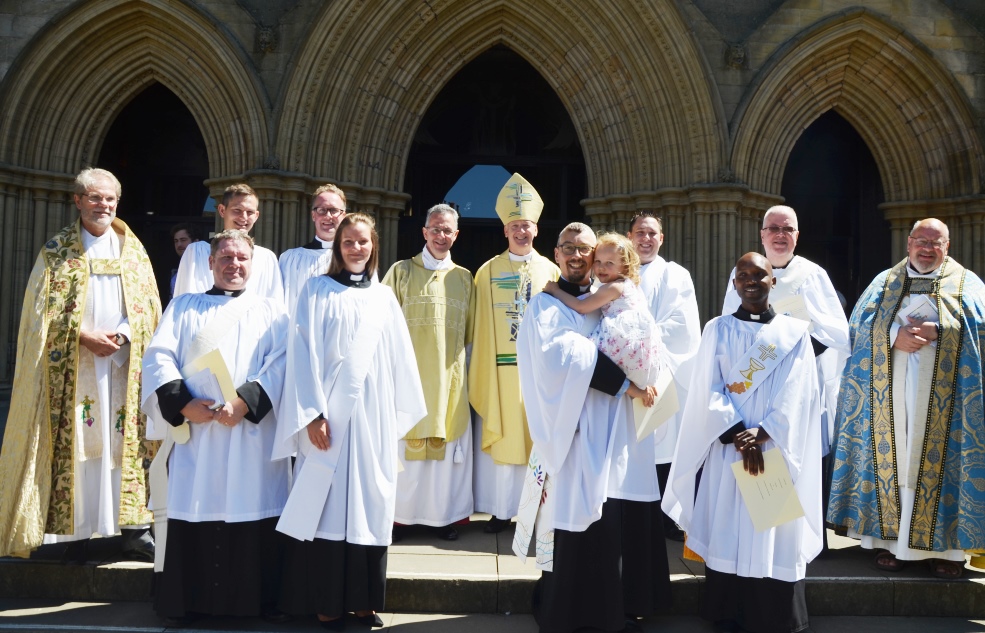 Eighteen men and women have begun ministry as deacons in parish churches across the diocese following two joyful services held on Saturday 30 June in Ripon Cathedral led by the Anglican Bishop of Leeds, the Rt Revd Nick Baines.

They include a former member of the Argyll and Sutherland Highlanders, a police communications officer, a fishmonger, a construction engineer from Zimbabwe and a University lecturer from the United States.

“They are wonderful gifted passionate people, full of energy but like the rest of us they are incomplete,” said preacher Bishop Chris Edmondson, an Honorary Assistant Bishop, who had led the three day preparation ‘retreat’ for the eighteen new curates.

“However incomplete they may be“,  he added, “ they are raring to go, ready, willing, realistic about the challenges but excited to get stuck in to the various ministries to which God has called them.“

An ‘ember’ card has been produced to encourage the diocese to continue to pray for those who have started ordained ministry – download here.

Within the Church of England there are three stages of ordained ministry: deacons, priests and bishops. Following training at theological college, newly ordained deacons are appointed to a three to four year post of curate, for training alongside an experienced vicar. After one year, deacons are normally ordained as priests. 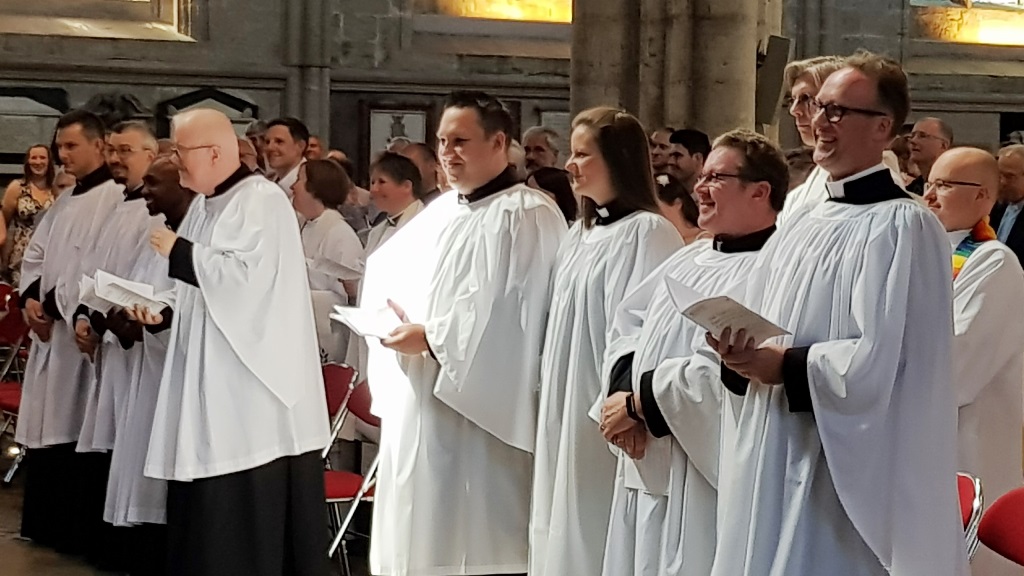 Pictured (left) at the morning service are the eight men and women who will become curates at parishes in the Leeds, Ripon and Wakefield Episcopal Areas.

In the Leeds area,

Matthew Broughton  will serve in the parish of St Paul's Ireland Wood after training for ordination at Ridley Hall, Cambridge.

Ericcson Mapfumo will serve at St Aidan, Leeds. Originally from Zimbabwe, he has a background in construction and trained for ordination at St Hild College.

In the Ripon Episcopal Area

Tony Cantlow  will serve at Skipton with Carleton. For many years Tony served as a communications officer with North Yorkshire Police and prior to ordination served as verger of Bolton Priory.

Kim Mason will become Assistant Curate at St Mark Harrogate. Prior to ordination she was the Young Families Ministry Leader at All Saints, Ecclesall, Sheffield.

In the Wakefield Episcopal Area

Andrew Griffin will serve his curacy at St Catherine Sandal & St Andrew & Mary Wakefield  having been a chef, a coffee shop owner  and a psychiatric nurse.

Blair Radford will become assistant curate at St Paul Monk Bretton. He served in the Argyll and Sutherland Highlanders on operational and staff tours overseas including working as an advisor to the United States Army at the Pentagon. 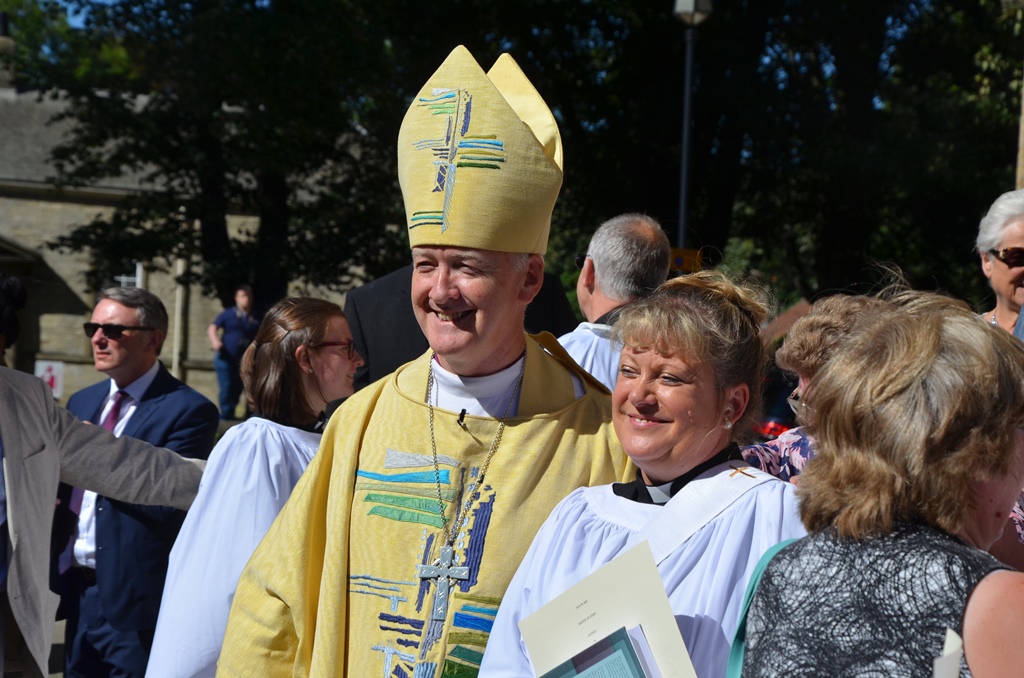 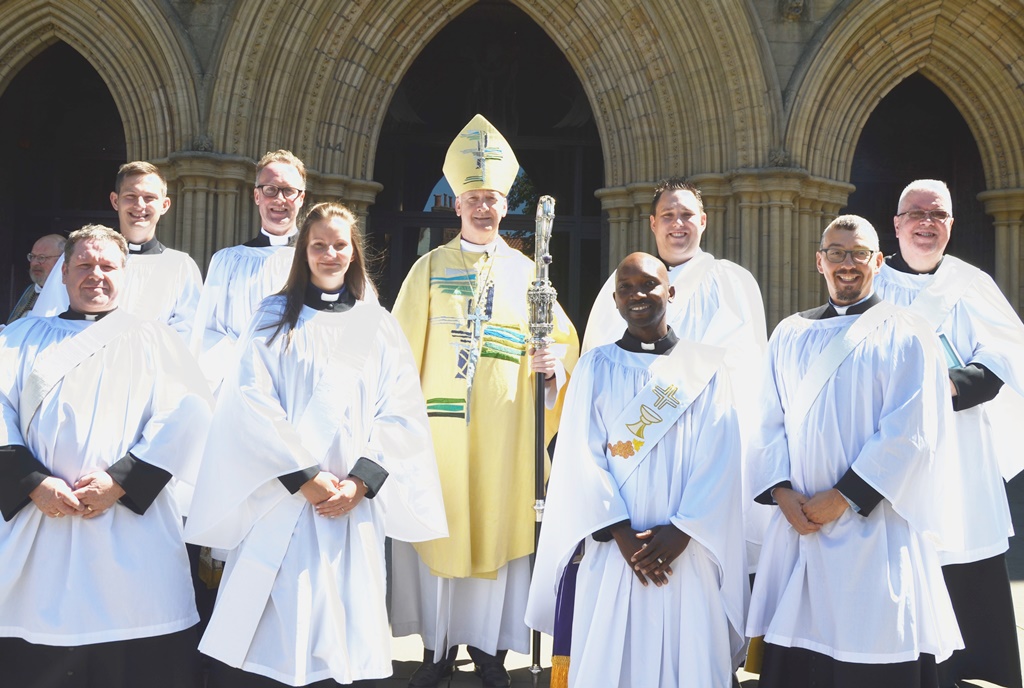 Pictured below are the ten men and women ordained in the afternoon service pictured with Bishop Nick Baines. 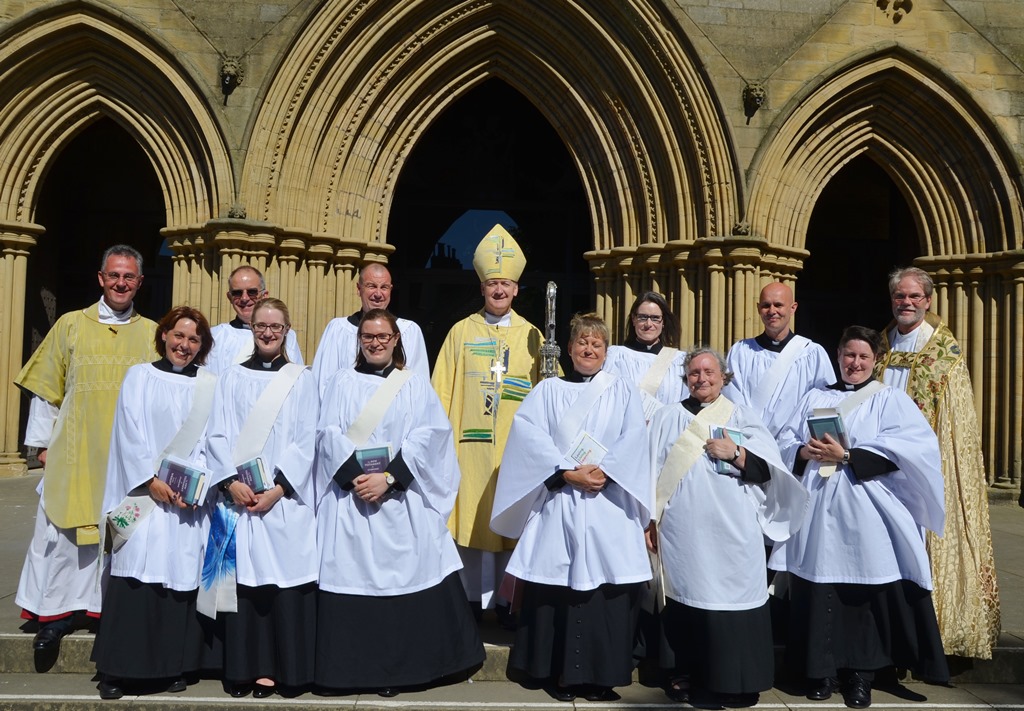 Brian Greenfield will serve at Sutton with Cowling and Lothersdale after training for ordination at St Hild College.

Steve Nuttall  goes to St John Greengates and  St John Thorpe Edge. He works as a butcher for North Leeds charity,Caring  for Life, and  volunteers for Bradford Street Angels.

Hannah Raitt  will serve at West Bowling & Bankfoot. She is moving from Shotton Colliery, where she trained on the Cranmer Urban Track through Cranmer Hall, Durham.

Philippa Slingsby  will serve in the parish of Tong and Laisterdyke, after training for ordination at Cranmer Hall in Durham.                .

Natasha Thomas will be curate at Keighley. Prior to ordination she has worked as the CEO of a charity in Shipley addressing health inequalities and poverty.

Jenny Clarke will serve at Bradshaw and Holmfield after training for ordination at Ripon College, Cuddesdon.

Jane Finn is looking forward to serving at Halifax Minster .  She trained for ordination at St Mellitus College in West London and at Mirfield.

Carol Hawkins will serve her curacy at St Peter Huddersfield after 19 years as a Teaching Assistant.

Jessica Malay  will serve in the Almondbury Team while continuing teaching English literature at the University of Huddersfield . She grew up in the Washington State, USA.

Neil Walpole will serve in Dewsbury Team Parish having been a Church Army captain at Kirkheaton Parish Church in Huddersfield from 2007-11. 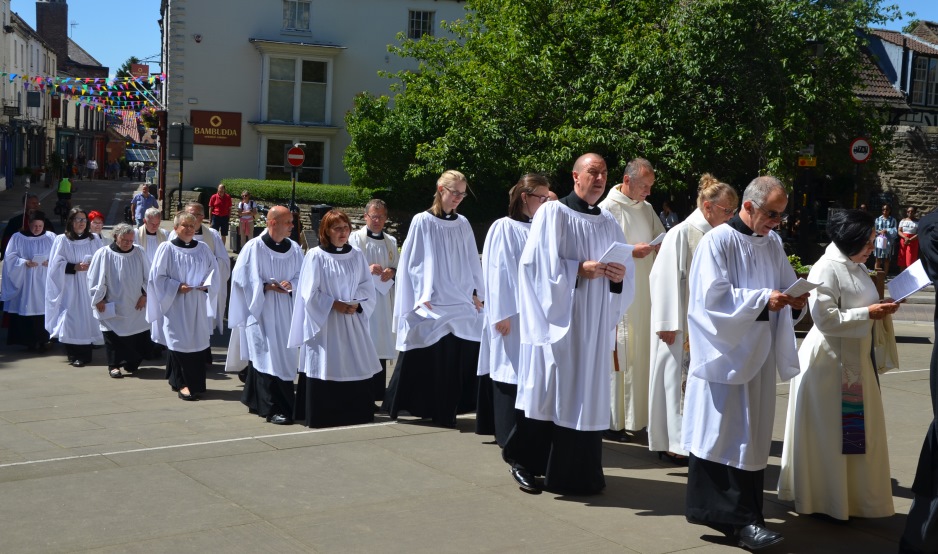 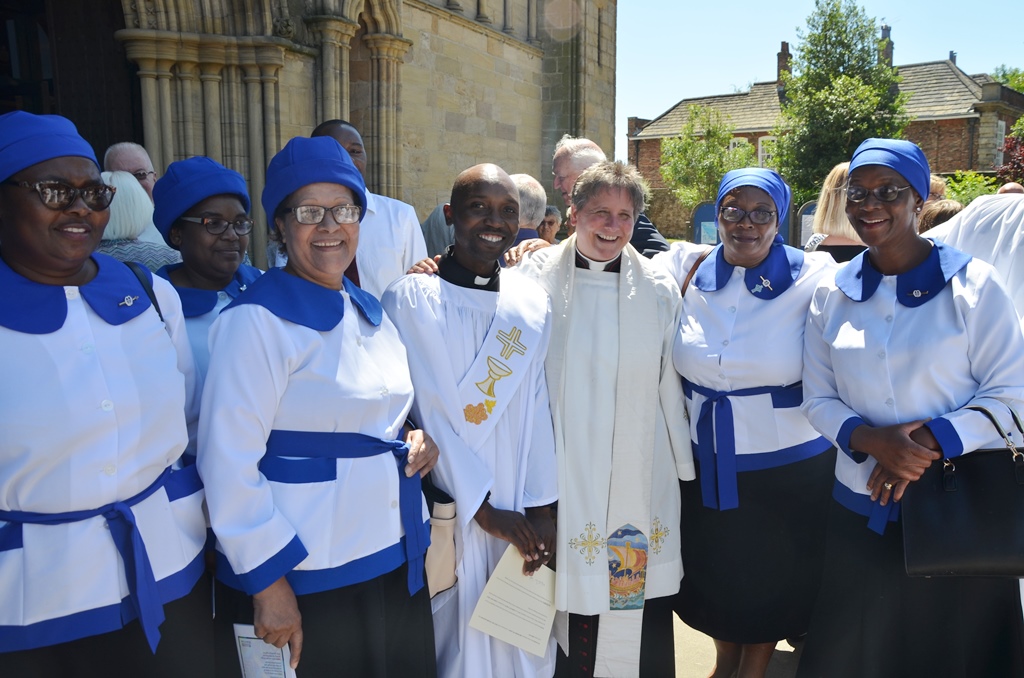