Remembrance services across the Diocese have brought thousands together to honour selfless courage and sacrifice across the years. Pictures on this page reflect just a few acts of remembrance, at St. Peter's Rawden, Leeds (right) Ripon Cathedral, Halifax Minster and Leeds Minster.

But what place has the church and Christian faith in acts of remembrance? Bishop Jonathan Gibbs, the Bishop of Huddersfield gives his answer in his sermon on Remembrance Day at Dewsbury Minster: 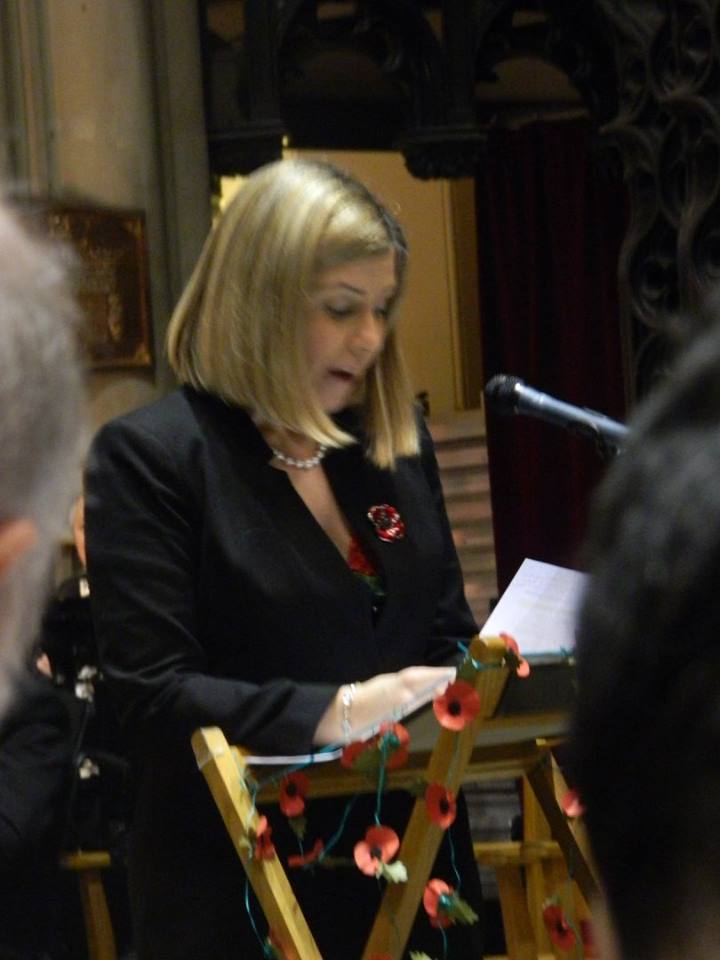 On Remembrance Day we meet to honour those who gave their lives in the service of others and to rededicate ourselves to the ways of justice and of peace.  This is in no sense a glorification of the awful business of war; rather it is an acknowledgement of the courage and sacrifice of those who were willing to lay down their lives for the sake of the greater good.  It is also a time to remember the responsibility that we all bear for making the world a safer and more secure place in which our children can grow up and flourish.

The ceremony in which we share is at its heart a religious one.  Yet some would say that religion is part of the problem, rather than part of the solution to our world’s ills.  Extremist religion is at the heart of some of the worst violence in today’s world, and religious differences seem to fuel many of the conflicts we see, especially in and around the Middle East.

That is the underlying story that is heard in the media and also in many a conversation up and down this land.  Yet much of the violence that has gone on in our world over the last century has been perpetrated by the godless forces of fascism and communism, and oppressive regimes still see religion as a threat to their dominance over the lives of their peoples 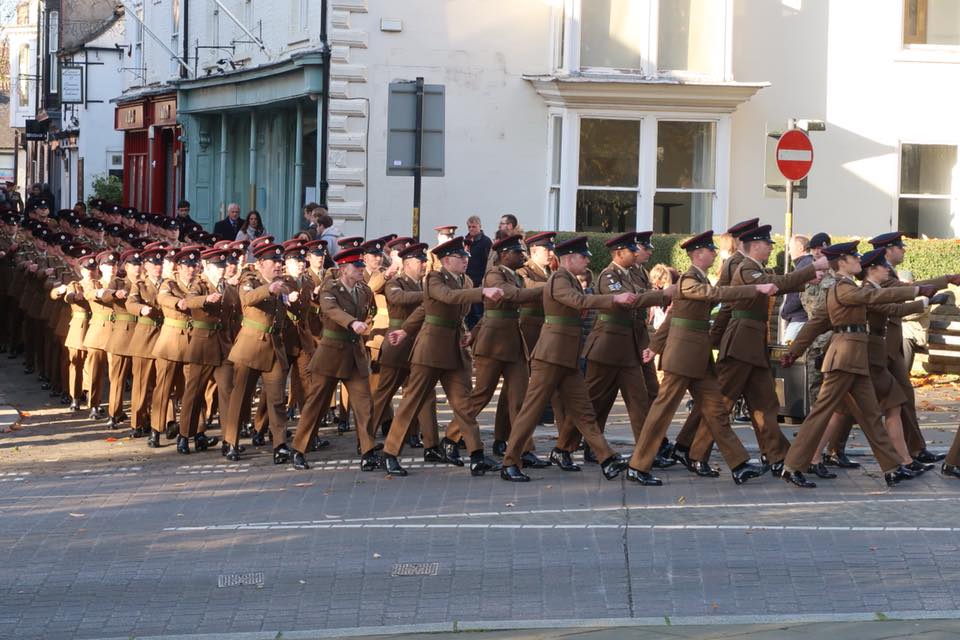 Faith, to use a military image, is a two-edged sword.  It can either be used to forge peace or to encourage the waging of war, to bring people together or to divide their communities.  And that is the challenge facing us in our world today and in our communities here in Yorkshire.

I was privileged recently to hear Brendan Cox speak about the need to create new ways of speaking and relating to one another in our society, to resist and overturn the kind of hatred that had led to the murder of his wife Jo.  At the same time, he was very positive about the potential of faith to contribute to that process and he challenged us to play our part in creating a better shared future for us and for our children. 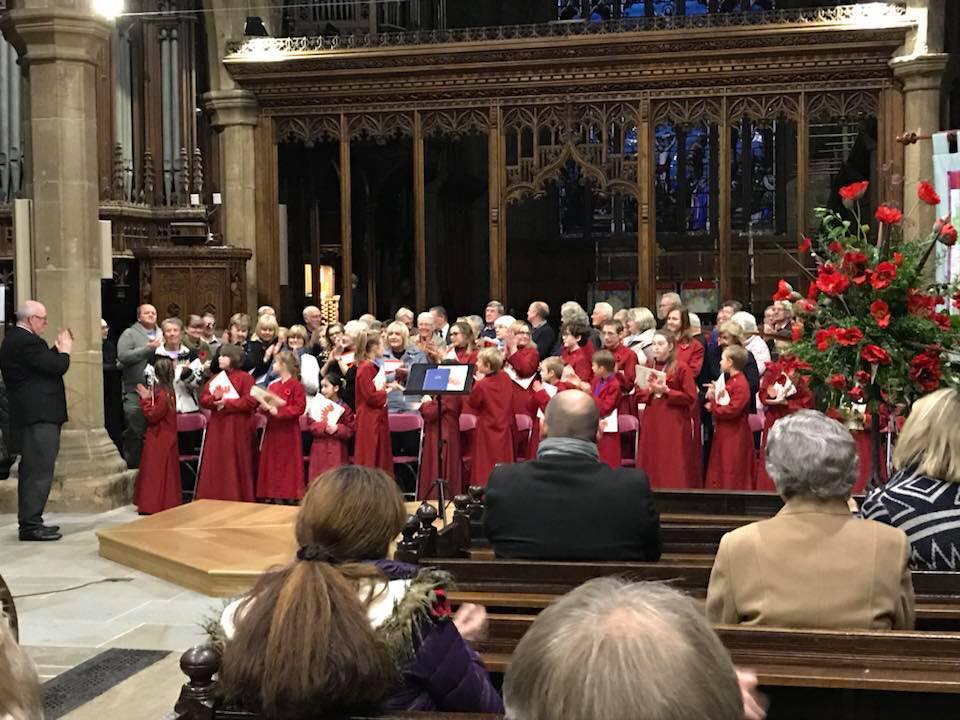 Faith has the power to do that when it offers people a bigger vision of the purposes of God, which lifts their eyes beyond their own tribes, and their hearts above their fears.  The Christian faith holds out a vision of a new world that God longs to bring into being, and invites us to be part of shaping and making that world.

And here is a second thing that faith can do.  In the name of God, who is the Creator of all, it can call us to take the risk of stepping outside our own community and circle of experience, so that we begin to build relationships with those who are different to us and who at the moment are perhaps the object of our fears.

This is where it needs to get real here on the ground, right here in Dewsbury and Batley, in Kirklees and across Yorkshire.  My responsibility as a Christian leader is to play my part in bringing people together and building new relationships of understanding and of trust.  And I want also to invite and challenge others – whether people of religious faith or not – to do the same.

When my father – who served in the RAF through much of the Second World War – and his generation joined up, it was of course to defend their homeland from aggression.  But their resistance was also rooted in a hope of building a new and better world.  That was what motivated many of the reforms that came after the War, in the foundation of the National Health Service and so much more.

We need to recapture I believe something of that moral vision, in the face of the tawdry mess and name-calling into which much of our political life has descended.

Many people in our day have become disillusioned with the business of government – they are looking for something fresh and different, someone from outside the political establishment.  I think that in part explains many of the things that have gone on in Britain and Europe and the USA over the last year or two.  But that can be a dangerous path, one that Germany followed in the 1930s, when a strong leader from outside the political class offered a new way forward, and the consequences of that were paid in millions of lost lives.

If we are honour the sacrifice of those who laid down their lives for us, whether in the two World Wars or in other more recent conflicts, then we must be willing to play our part in creating a more just and peaceful future for all, in this nation and across the world.

May those who laid down their lives for us not have died in vain.  In our ceremonies of Remembrance, we honour them with our words.  May we also do so through the part we play in building the better world in which they hoped and for which they died.