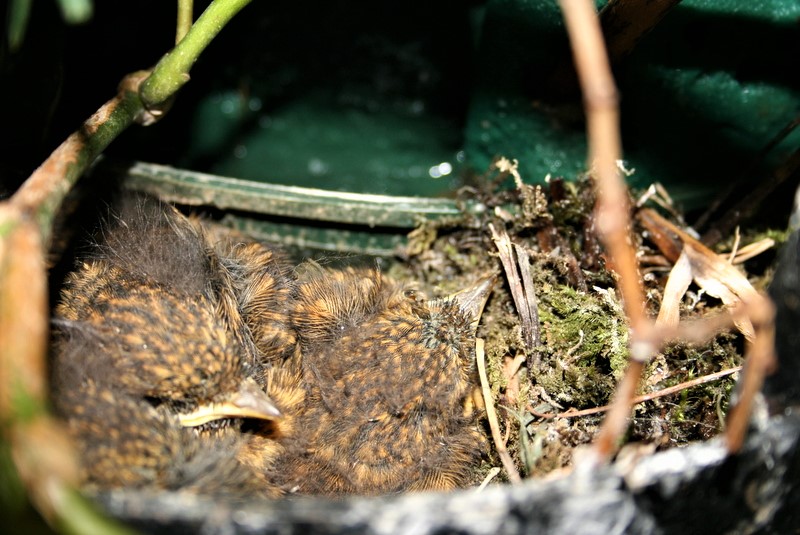 A nestful of robins added surprise natural beauty to an Easter floral display placed outside one of our locked churches.

As the undisturbed flowers stood untouched for weeks during lockdown, enterprising feathered parents made a tiny nest behind Easter lilies in perfect sanctuary.

Worshipper Irene Truman created the display to go between a locked porch door and a shut gate at St Peter's, East Marton, in the Ripon Episcopal Area.

“With appropriate permission I placed a large floral display in front of the door within the south porch” Irene said.

“I used white Easter lilies together with bright yellow alstroemeria and sunny round-faced orangeflame gerbera against a natural frame of beech twigs and variegated greenery from kind neighbours’ gardens.

“The whole effect was constructed to give hope and cheer during  'strange' times. 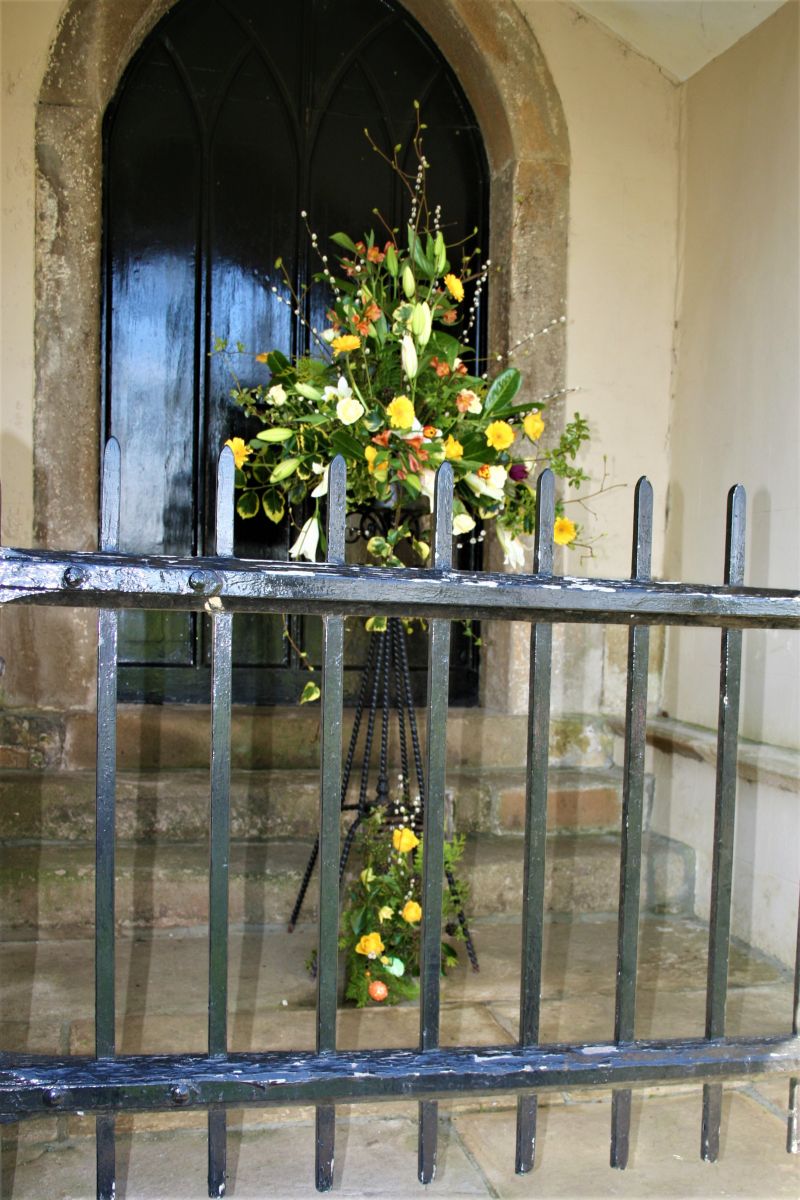 “It was titled 'Rise and Shine' and beamed hope, joy and cheer out to passing locals doing their daily exercise. It went out with my Easter Blessing,” Irene said.

“Their home was so well camouflaged within the back of the metal container holding my arrangement. And appropriately, fledging took place the day before our churches were allowed to open their doors for private prayer,” Irene said.

“Nature knew it would not be disturbed and used the opportunity to carry on with what it did best. “Maybe we should take notice and come out of our time of being 'locked out' with a greater respect for the natural world and all its glory.”

Note: The robin’s red breast comes from Christ’s blood on the Cross, which stained the little brown bird as it sang into his ear to ease his suffering, according to British folklore.