Solidarity shown with Ukraine at Vigil for Peace in Bradford

Solidarity with our Ukrainian sisters and brothers was on full display at a recent Vigil for Peace in Ukraine held in Bradford.

The Vigil, hosted by Bradford Cathedral, was attended by some 400 people, and was organised after the recent Russian invasion of Ukraine to bring together people from across the city of all faiths and none.

The Vigil opened with messages and laments from leaders of the local Ukrainian community.

Four young people from different groups in the city - Nikoleta, Kodi, Rabea and Umaimah – then shared a powerful message of solidarity with the people of Ukraine, born from experiences of persecution experienced by their communities. 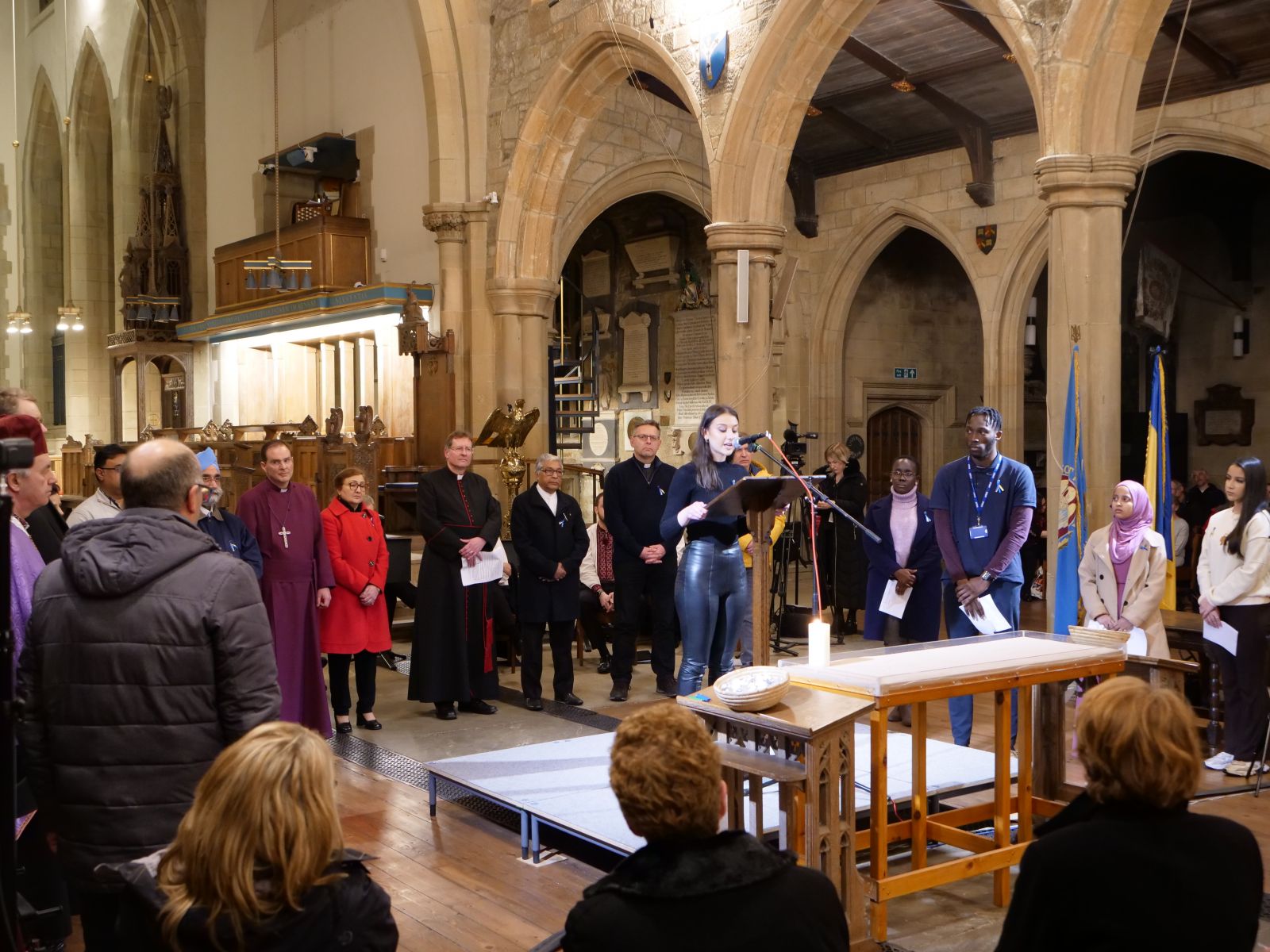 Messages of support were also heard from Ed Anderson, Lord-Lieutenant of West Yorkshire, including a note from the Duke and Duchess of Cambridge; and Councillor Bev Mullaney, Deputy Lord Mayor of Bradford.

A poem written by someone on the frontline in Ukraine was also shared, in both English and Ukrainian.

Ukrainian songs were performed by the Fiyalka Ukrainian Ladies Choir and the Dibrova Male Voice Choir, who also led a moving rendition of the Ukrainian national anthem sung by many in the Cathedral.

The Vigil ended with the Lord’s Prayer being said in both Ukrainian and English, 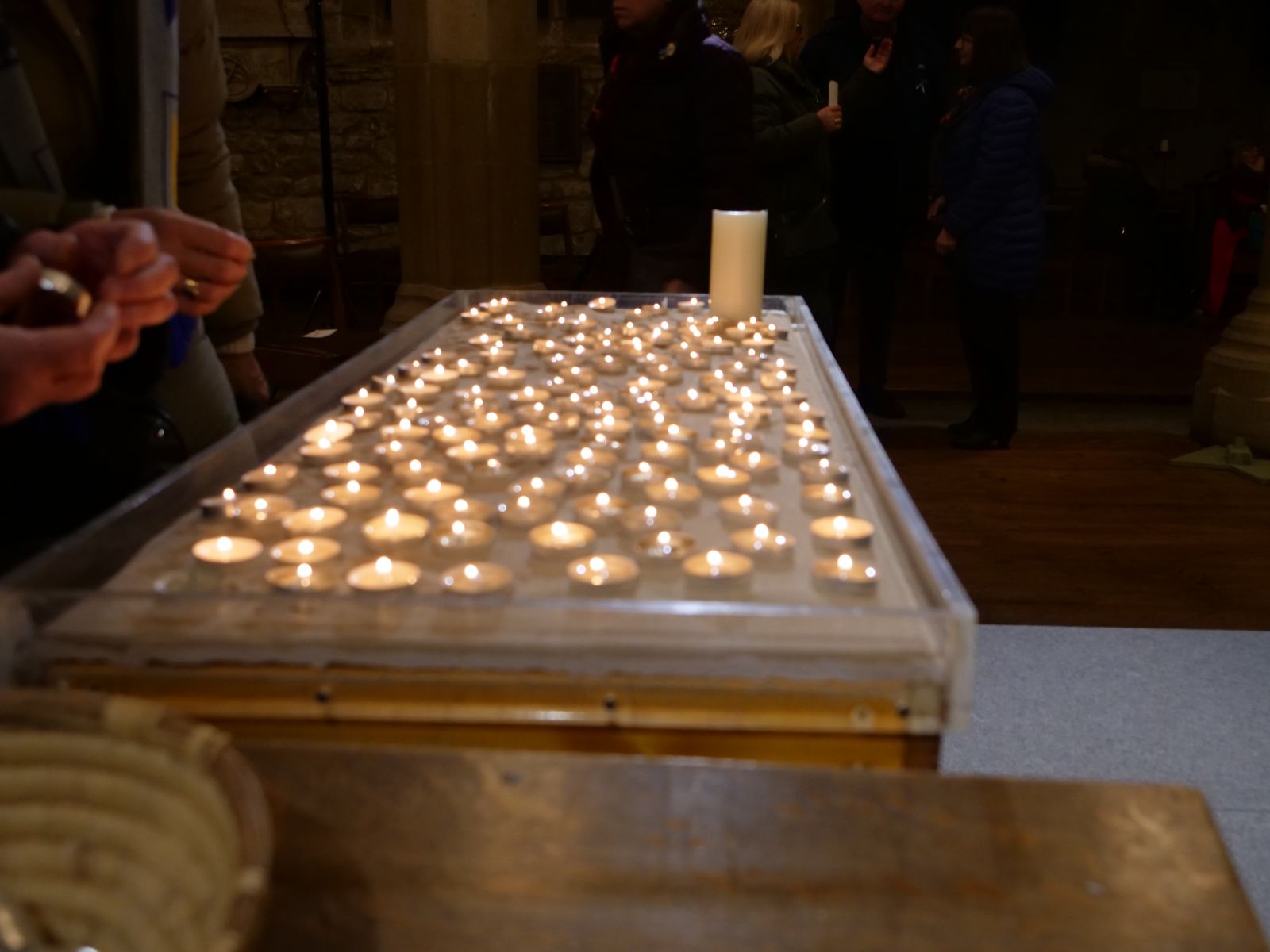 Bishop Toby helped organise the Vigil, and said: “It was a powerful experience to stand with Ukrainians and all who are suffering from war and terror, in Ukraine and around the world.

“But also, to stand in solidarity with one another in Bradford, holding each other, with our differences and our shared humanity.

“At such a terrible time, this was Bradford at its best.”

After the Vigil many attendees took the opportunity to light candles to show their support of the Ukrainian people.

A broadcast of the Vigil can be seen here.