Three generations confirmed in one go in Battyeford 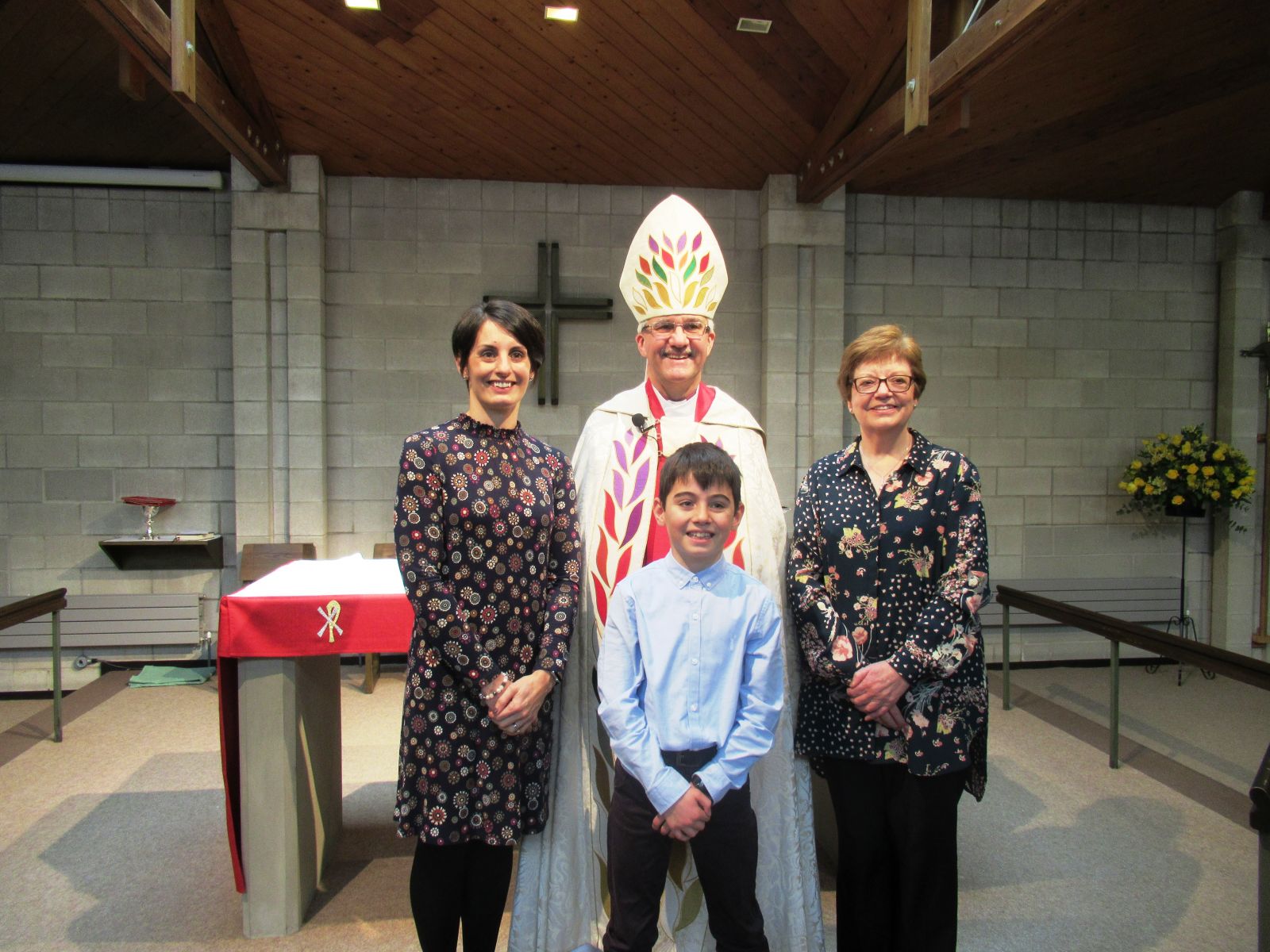 Three generations have recently been confirmed at a church in the Huddersfield area.
William James, his mum Ruth, and her mum Muriel were all confirmed on November 24 by the Rt Revd Jonathan Gibbs, Bishop of Huddersfield, at the Church of Christ the King, Battyeford.
This was the latest step in 10 year-old William’s Christian Journey which had begun when the Revd Maggie McLean baptised him in July 2009, shortly after her arrival as the new Vicar of Battyeford.
Ruth and Muriel had been brought up as Baptists but became closely involved with Christ the King over the years, starting with children’s activities but going on to fill roles of different kinds.
William was later joined by younger brothers Jack and Charlie who were duly baptised by Revd Maggie in their turn.
When it came time for William to consider confirmation as the next step of his journey of faith, he was all for it, and this made his mother and grandmother think “Why not us as well?”
It was a great service, with Bishop Jonathan declaring that “Although confirmation is simple, it is also special, and it makes us stronger.”
The only regret on the day was that Revd Maggie could not be there as she has recently been called to serve as Residential Canon Missioner at York Minster.
However, she was present in spirit, and Bishop Jonathan led the congregation in prayers for her new ministry at York.
Neatly, Revd Maggie’s last baptism at Christ the King before she left was of Muriel, in preparation for the confirmation, mirroring her first of grandson William.